SISTER ACT may be coming back to theaters soon! The Hollywood Reporter shared today that Kirsten “Kiwi” Smith and Karen McCullah are on board to pen the new film which at this point may either be a sequel or a reboot. Smith and McCullah have a trustworhty record behind them having worked on female protagonist comedies like Legally Blonde, The House Bunny, and Disney’s cult-hit 10 Things I Hate About You.

Whoopi Goldberg’s involvement in the project at this point is unconfirmed.

One question that begs to be asked: Will the new film be a musical? The songs were a memorable part of the original films (including the sequel, Sister Act 2: Back in the Habit, which starred then-newcomer Lauryn Hill) but the property was actually adapted into a full blown musical in 2006. It has had moderate success since it’s Broadway debut in 2011.

Composer Alan Menken and lyricist Glenn Slater were involved in the musical stageshow, creating the music and songs for the show. We actually just announced this morning that the duo is collaborating on a new Tangled tv show for the Disney Channel. Could they be pulled into a movie musical for Sister Act, too?

Let us know in the comments what you think about SISTER ACT being revived for another theatrical go-around. Would you want to see a third film to the original franchise or a completely new reboot? Would you want a musical movie? 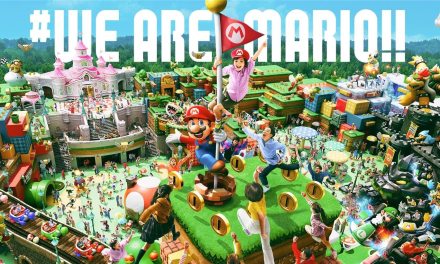