Friday for Hall H was jammed packed with some of my personal favorite shows. Including two of our newest obsessions, FEAR THE WALKING DEAD and THE WALKING DEAD that offered back to back panels this year. Chris Hardwick, moderator of all things Hall H took to the stage and started with a moment of silence for stuntman John Bernecker, who had died on set last week. There was some talk if the cast would make it to San Diego but they wanted to make sure they were here for the fans.

The FEAR panel made fun of the fact that most of the cast is British, but with one Australian, Alycia Debnam-Carey. Hardwick joked that there are only ten British actors in the world and they work on the same shows. Hardwick also asked Kim Dickens about how Madison’s rough past enhances her survival skills and determination. Dickens said it definitely does and hopes that the second half of the season will dive deeper into her past and what exactly happened with her father.

Asked whether the prequel series and the main show will ever see a crossover, Robert Kirkman initially jokingly teased a magic phone between Daryl Dixon and the FEAR cast, but then admitted that it’s something they’d like to try, if it’s ever feasible. But without the magic phone bit.

Hardwick then explained that the cast of THE WALKING DEAD wanted to come out and just take fan questions. But first, Scott Gimple, executive producer, wanted to say a few words about stuntman John  Bernecker.

“John passed away this week after he was injured doing something he loved, helping tell stories that excite, entertain and give people escape,” he continued. “He helped make movies and shows for people like everybody in this room. John was someone who was beloved in the stunt community, someone who trained other people and he was living the dream and he helped other people do the same thing.”

The panel answered fan questions on all sorts of subjects, including the trials and tribulations of working in the heat of Atlanta and what nickname Daryl should give Maggie and Glenn’s baby. And of course there was making fun of Andrew Lincoln saying “Carl”

Before the newest trailer was shown, they showed highlights from the past 99 episodes.

We were at San Diego Comic-Con 2017 the entire weekend with plenty to see! Check it all out by clicking below! 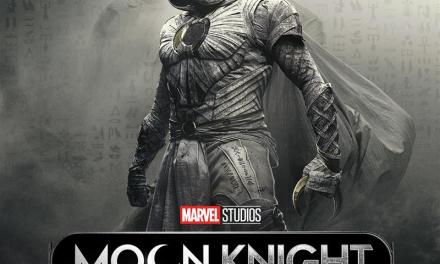