I didn’t expect much out of “Cars 3: Driven To Win” but Warner Brothers Games revived the Cars series game along with its movie counterpart.

With simple controls easy enough for a 5-year-old to get the hang of and a variety of game modes, “Cars 3: Driven To Win” is a game that’ll have no problem making my game rotation. Because the second installment of the “Cars” franchise was so, um, lackluster I skipped out on the game.

In the first “Cars” video game which released in 2006 (!!)  you take the race track with protagonist Lightning McQueen and race for top prize. In the newest installment of the game you take your  tires off the track with a variety of characters from McQueen to newbie Cruz Ramirez, and a number of other characters from the original Cars film and Cars 3.

The goal is to raise your Hall of Fame bar by completing a number of skills challenges given to you by Kerry Washington’s Natalie Certain. The more skills you complete the more tracks, modes, and characters you unlock. Have a normal bumper to bumper race, or rev things up with a battle race where you can knock your opponents out with a number of power ups and weapons. Prove that you’re good enough with Hall of Fame status and get the ever so elusive race against super car Jackson Storm.

One of the things I absolutely loved about this game is that every character talks SO MUCH trash. If you keep getting passed you’ll hear from other racers. If first place is always your best with Lighting McQueen, for example, you’ll tell Natalie Certain she should probably give up, because after all you defy the numbers.

My one knock on the third installment is that the graphics look very similar to those of Disney Infinity. The beginning cut scene to teach you the basic controls was an eye sore. With next-generation technology on today’s gaming consoles, the game could have looked a lot more polished. But, I was having so much fun, overall I didn’t care. ‘Cars 3: Driven To Win’ is great for the little ones and still entertaining for those who are kid at heart.

“Cars 3: Driven To Win” is rated Everyone 10+ and Available Now. 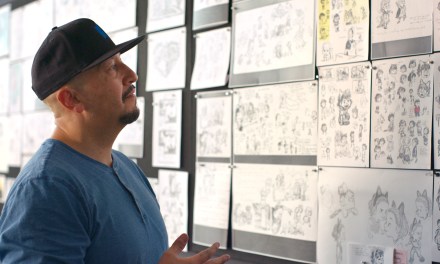