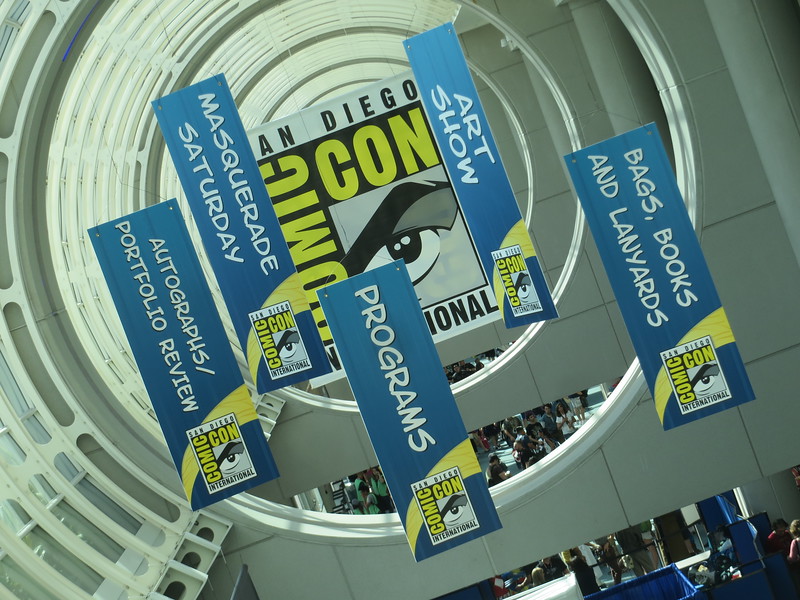 The 2017 San Diego Comic-Con is just around the corner and today they announced the Saturday Schedule of Events for July 22, 2017. There’s a few panels that fall under the Disney umbrella and there’s also a few other goings on that Disney fans will enjoy, too.

Highlights include Marvel Studios; ABC’s Once Upon a Time; and Marvel Animation.

There’s a few other goings on that Disney fans might enjoy, including Costume Design for Screen; Writing for Television, Film, and Comics; and Ladies of the Legions, A Women’s Guide to Star Wars Costuming.

The residents of the enchanted forest enter season 7, facing their greatest challenge yet as the Evil Queen, Captain Hook, and Rumpelstiltskin join forces with a grown-up Henry Mills and his daughter Lucy on an epic quest to bring hope to their world and ours. Along the way, new fairy tale characters and old search for true love, find adventure, and take sides in the ongoing struggle of good against evil as classic tales are once again twisted and reimagined. Co-creators and executive producers Edward Kitsis (Lost) and Adam Horowitz (Lost), executive producer David H. Goodman (Without a Trace), and cast members discuss what’s in store for returning favorites as well as the new additions to the Once Upon a Time universe. Moderated by Yvette Nicole Brown (The Mayor).

Hollywood prop master Russell Bobbitt will bring some actual props that he has developed for various Marvel Studios films and discuss the process he undertakes at the start of each film to determine the props that are needed. Followed by a Q&A session.

After talent, the most important thing an up-and-coming writer needs is information on how to break into the writing profession as an art and a craft. Having written nearly 400 produced television episodes (with roughly half of that as producer), several hundred comics for DC, Marvel, and Image, and five big-budget movies that have grossed over a billion dollars around the world, J. Michael Straczynski (JMS) once again shares his knowledge with new writers to help them break in and improve their work. Note: This is not a lecture but rather uses a Q&A format, so come equipped with good questions.

Here is your chance to ask Marvel’s chief creative officer Joe Quesada about anything and everything Marvel. Got a question about your favorite hero? Want to hear the latest developments on Marvel’s Legacy or our up-and-coming heroes? This panel has you covered! Also featuring executive editor Nick Lowe, director of content and character development Sana Amanat, and creators Kris Anka (Runaways), Ryan North (The Unbeatable Squirrel Girl), and Rainbow Rowell(Runaways)!

Marvel Studios president and producer Kevin Feige and special guests provide an inside look at the ever-expanding Marvel Cinematic Universe.