The 2017 San Diego Comic-Con is just around the corner and today they announced the Friday Schedule of Events for July 21, 2017. There’s a few panels that fall under the Disney umbrella and there’s also a few other goings on that Disney fans will enjoy, too.

There’s a few other goings on that Disney fans might enjoy, including Netflix: Marvel’s The Defenders; Star Wars’ Dysfunctional Skywalker Family; and Star Wars Music and Sound.

Swing by this panel to see what’s in store for all of your favorite spider-heroes! Join editor-in-chief Axel Alonso, Spider-editor Nick Lowe, writer Cullen Bunn (Venomverse), and other mighty Marvel guests for a spectacular discussion about Spider-Man, Venomverse, and more.

Star Wars and Steampunk are two fandoms that have become one with the Force to create a bounty of fan-favorite art and cosplays. From Admiral Ackbar to Yoda, Boba Fett to Wicket, all your favorite Star Wars characters have been reimaged into a variety of fantastic steamy mashups. Join in to enjoy some of the best Star Wars universe fan art, plus get tips from fellow steampunks who will share how they created recognizable mashup characters of their own design. With Poppy Appleton (Ahsoka), Matt Eusey (Sir Chewy of Bacca), Rebecca Eusey (Lady Babette Fett), Treb Padula (Cog Bane), Jessica Woods (Mara Jade), and moderated by Anastasia Hunter (chair of Gaslight Steampunk Expo).

It’s gonna get a little weird, a little wild, and a little accident-prone as the creators and stars of Disney XD’s Star vs. the Forces of Evil and Milo Murphy’s Law team up to give you the latest exciting news about their shows, answer questions, and share clips exclusive to Comic-Con! Join Star creator Daron Nefcy, Eden Sher (Star), Adam McArthur (Marco), Milo creators Dan Povenmire and Jeff “Swampy” Marsh, and “Weird Al” Yankovic (Milo) for a double dose of Disney XD Animation.

In honor of Star Wars’s 40th anniversary and its long association with Comic-Con, Craig Miller,Lucasfilm’s original director of fan relations, gives a slide show on the early association between Star Wars and fandom, including photos from Comic-Con in the 1970s and stories about how fans got involved and were kept involved from even before the film came out.

Artificial Intelligence: Will Computers Take Over the World?
4:30pm – 5:30pm

As scientists move closer to achieving artificial intelligence, what is next? How does real AI science compare to its depictions in movies, on TV, and in books? Could AI save the world—or be its doom? Join the Fleet Science Center as they bring together Craig Titley (co-executive producer/writer, Marvel’s Agents of S.H.I.E.L.D.), William Wisher Jr. (screenwriter, The Terminator and Terminator 2: Judgment Day) and other science fiction writers to discuss the future of artificial intelligence with Dr. Ndapa Nakashole (assistant professor, UCSD Artificial Intelligence Group) and other AI researchers.

ASIFA-Hollywood: The State of the Animation Industry
5:00pm – 6:00pm

What do the pros think of the animation scene today? Are hand-drawn and VFX gone for good? What will be the impact of VR? How do you get a job? This panel will explore how animators fit into current business models of animation studios and the ever-changing landscape of motion pictures, television, and new media. Moderator Tom Sito (Beauty and the Beast) engages in a lively discussion with John Van Vliet (The Empire Strikes Back, Raiders of the Lost Ark), Samantha Vilfort (Disney Television Animation), Danny Young (FuseFX), and Brooke Keesling (recuiter, Nickelodeon, Disney).

Daredevil. Jessica Jones. Luke Cage. Iron Fist. Four iconic superheroes. One stage. Nuff said! Jeph Loeb and surprise guests of the highly anticipated Netflix original series Marvel’s The Defenders band together for a panel you do not want to miss! Be the first to get an exclusive look into the superhero team-up that everyone is talking about before its August 18 global launch on Netflix.

Twins separated at birth, domestic abuse near a volcano, and child abandonment on desert planets . . . the root of all evil in the Star Wars universe is not the dark side, it’s bad parenting! This panel will look at the future of the Skywalker family and how Kylo Ren’s parents’ divorce may have adversely affected him. Plus, the panel will speculate on what’s to come in Episode VIII: The Last Jedi. Join Chris Gore (Film Threat), Chelsea Blackstone (YouTube’s Figure Fights), Jeff Tucker (Gemr CollectorCast) along with guest comedians and Star Wars experts for a fun yet serious look at how poor parenting choices in the Skywalker family led to a galaxy far, far away thrown into chaos.

Members of the San Diego Star Wars Society, veteran hosts of trivia panels at Comic-Con International, have prepared an even more challenging contest this year for fans who think they know the galaxy far, far away. Returning this year will be a game round for kids ages 5-11, followed by three adult game rounds (ages 12 and up). All game rounds are conducted in a Last Man Standing format. Come test your knowledge, and you may win some of the thousands of dollars of prizes provided by Star Wars licensees. Trivia panel hosts are Leia Hornedo, Linda Crispien, Brendan Prout, Carlos Munoz, Jessica Woods, and Collin Gomez. 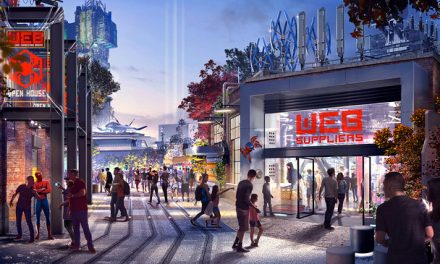