The all-new Disney Junior Dance Party! comes to life in Hollywood Land at Disney California Adventure Park starting this weekend and guests can expect to see Mickey and Minnie in their Mickey and the Roadster Racers finery, plus Princess Sofia (from Sofia the First), Doc McStuffins, Timon and more surprises!

The show replaces the more passive former puppet show and has been adapted into a more engaging dance party that unfolds several times each day. Below are some of the highlights courtesy of Disney:

It all takes place during the SUMMER OF HEROES which takes over Disney California Adventure from May 27 – September 10, 2017. 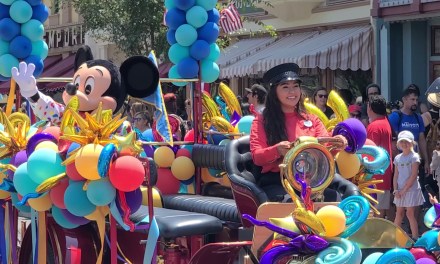