Disney is bound and determined to turn their vast library of animated classics into big budget live action spectaculars, and while not every one has been a home run, BEAUTY AND THE BEAST cannot afford to be anything but a grand slam.

The 1991 animated film is beloved on a level that prompts regular people to become defensive fanzillas. Everyone loves Belle, everyone loves the songs, everyone loves it. Even non-Disney fans can wax nostalgic about seeing it for the first time or the day they brought home that cherished clamshell VHS.

So is it good?

It is. It’s really good.

Cognizant of plot holes in the original, the new film fleshes out story details that provide more depth and emotion to the existing set of characters. Of course, the film is beautifully shot by director Bill Condon (Dreamgirls), and no expense was spared on the considerable practical sets and CGI effects. Alan Menken and Tim Rice have contributed three new songs to augment the original score, and existing songs have been tinkered with in some places, restoring cut lyrics by the late Howard Ashman.

At first glance, Emma Watson (Harry Potter) seems like ideal casting for the resourceful and independent Belle. And yet, something feels off. Watson’s vocals are obviously auto-tuned within an inch of their life, but her acting feels oddly passive. Perhaps she’s outshined by the seasoned pros that surround her, or maybe she was bored. It’s honestly hard to tell. Despite Watson’s serviceable portrayal of Belle, the rest of the film glows. Dan Stevens (Downtown Abbey) is perfect as the pompous Prince turned into a hideous Beast. Impressive effects render his performance via motion capture, and his voice soars on one of the film’s beautiful new songs, “Evermore”.

Emma Thompson (Saving Mr. Banks) is victorious in what would be an uphill battle for anyone else against memories of Angela Lansbury‘s pitch-perfect performance. Thompson is given more material to work with here and manages to make the matronly teapot her own. Ewan McGregor (Moulin Rouge) and Ian McKellen (The Lord of the Rings) have less screen time as Lumière and Cogsworth than their 1991 counterparts, but still imbue their enchanted objects with life and pathos. Six-time Tony Award winner Audra McDonald (Lady Day at Emerson’s Bar & Grill) enchants as Madame Garderobe, and her gorgeous voice takes the film’s finale from beautiful to rapturous. The always wonderful Stanley Tucci (The Lovely Bones) appears as a new character, court maestro Cadenza. While the role is small, he gets some of the film’s biggest laughs.

In the village of Villeneuve, Kevin Kline (A Fish Called Wanda) is sweet and embattled as Belle’s father Maurice. Now an artist instead of an inventor of Rube Goldberg-esque contraptions, Kline benefits from the expansion of the film’s story, which delves into his past and the fate of Belle’s late mother. Luke Evans (Furious 7) is perfection as Gaston. Calculated and preening, but still frighteningly human, Evans demonstrates a real arc in Gaston’s descent into murderous rage. He also sings the hell out of “Gaston”, even going for an optional high note and killing it.

Josh Gad (Frozen) rounds out the principal cast as Gaston’s sidekick LeFou. The character has been in the news since Condon announced that LeFou is obviously gay in the new film, a first for Disney’s canon. Gad is hilarious as LeFou, but avoids caricature. The sexuality of the character is subtle to the point of almost being nonexistent. LeFou is not the simple, evil henchman he is in the animated film; Gad gives the character an actual depth that provides an arc for him to follow as well.

With the exception of Watson, the cast nails their musical performances and Menken’s new songs blend in seamlessly with the holdovers. “Days in the Sun” and “Evermore” are particularly beautiful, and while “How Does a Moment Last Forever?” is brief in the film itself, Celine Dion‘s over-the-credits rendition is stunning.

Condon lingers on the emotional stakes at play for the enchanted objects. The magnification of their plight combined with the incredible performances of the cast makes for a very moving climax. The resulting finale pulls out all the stops, even adding new resolutions not present in the original film.

In the growing roster of Disney remakes, BEAUTY AND THE BEAST takes top honors. Faithful to its source but appropriately expanded and enhanced, BEAUTY soars and hits all the right notes. 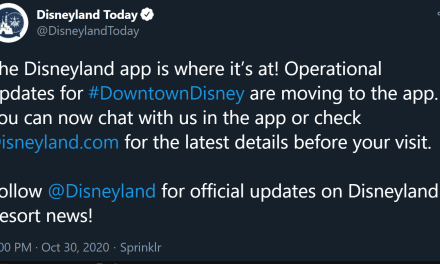