As Halloween Time continues on through the end of the month, the Disneyland Resort continues to buzz with construction and activity.

Refurbishments in progress are wrapping up as work continues on Tom Sawyer Island while Star Wars themed land construction continue to bring major changes to the northwestern end of Disneyland Park. Main Street’s Palm Parlor and Market House are now free of scaffolding and the Town Square cannons have found their new homes in the planters. Work in Mickey’s Toon Town has also seemed to have wrapped up for now.

Over at DCA, we also see a bunch of activity in Hollywood Land. The Sunset Showcase Theater has reopened following a refurbishment that removed the Frozen layover elements in favor of a more generic theater theme. The theater is now home to a 3D DOCTOR STRANGE preview.

Also in Hollywood Land, we find that the last remaining elements of Mad T Party are finally starting to disappear in addition to the removal of the setup for AP Days. Finally, the Tower of Terror building continues to go under scaffolding and tarps.

This and more await you in this week’s pictorial! ENJOY! 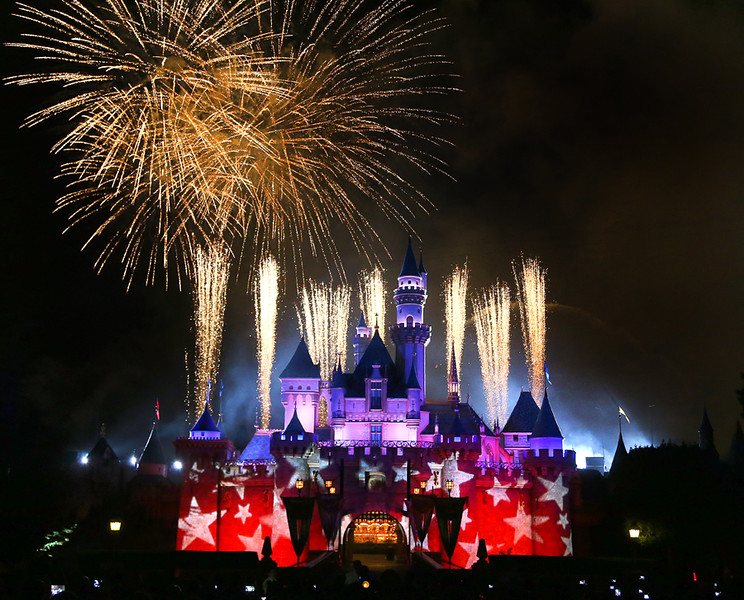 Both Disneyland Resort and Walt Disney World Resort are offering discounted ticket options for active and retired members of the US military. 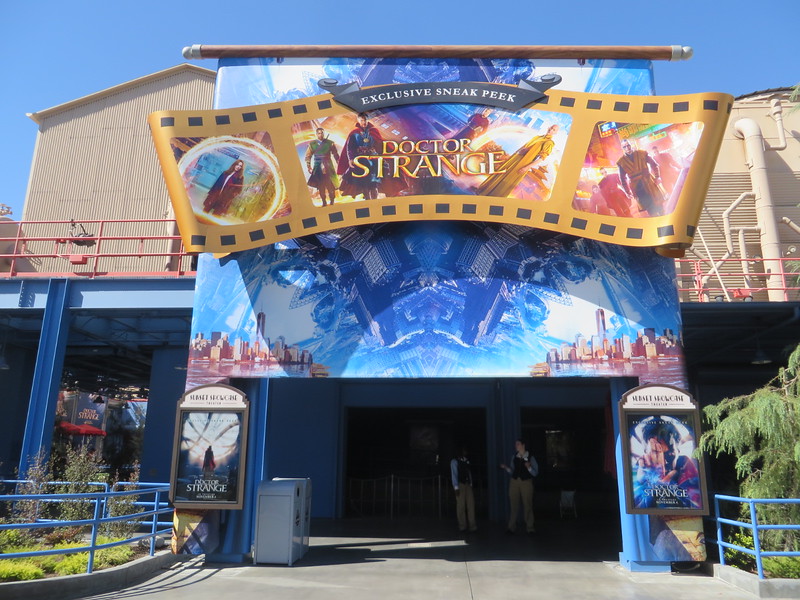 The Sunset Showcase Theater emerged from a brief refurbishment featuring a re-dressed theater and a new preview for Marvel’s DOCTOR STRANGE. We have a separate article highlighting some of the changes you can find it at the link below.

Lots going on in a Galaxy close, close to home.

One of the first signs of thematic progress on the Star Wars themed land… ROCKS! Cranes are visible throughout areas in the park especially near Big Thunder Mountain which buttes (GET IT???) right up against the construction site for the Star Wars themed land.

Work continues to be wrapping on various projects on Tom Sawyer Island.

The parks were CROWDED as Halloween Time continues on in the parks. Cannons have been relocated into new pedestals in the planters. This frees up a tiny bit more space on the walkways in Town Square. Refurbishment projects wrapped up on Main Street as buildings were unwrapped from their scaffolding and tarps. So busy that several characters were greeting guests on the Main Street Train Station to get out of the crowded walkways below.

I’m kind of obsessed with this sketch of the Jolly Roger at the Disney Gallery. I wish it was available for purchase!

Still under wraps at Mickey’s Toon Town entrance. Still not much change at the Toon Town Depot which is still missing its marquee.

No more scaffolds or tarps around Mickey’s Toon Town. No 60th bling. Forecast: Snow soon. Would be awesome if they gave this a Halloween Time makeover with thorny vines crawling up from the moat.

The old girl could use a good scrub-down and refresh.

No chicken breast nuggets for you.

I wonder what they serve in Westworld…

Tarps were down backstage. :shrug:

Docks are refreshed and ready to get to Tom Sawyer Island.

This is Anaheim, right? So great! Nothing to see here…

Scaffolding on the side of the Tower of Terror is now covered with tarps. Wonder if Disney will do printed tarps to replicate the Tower exterior?

More scaffolding climbing up the facade. Earlier this week, Disney perhaps unwittingly unleashed a social media melee with the reveal of a concept model for the upcoming Guardians of the Galaxy – Mission: BREAKOUT. The alarmingly different approach to the exterior was touted to have been inspired by an “oil refinery.” The walls around the stage make Monsters Inc. look closed when you first enter the area.

Some pretty non-specific signage for Nick Wilde and Judy Hopps. Pretty sure that is not how the eyes are supposed to be placed on these Mummy apples.

Not much progress on the rumored changes coming to Mickey and Friends parking structure loading/security area.