It was a warm weekend at the Disneyland Resort as the Halloween Time celebration headed into its first October weekend. It was also the annual Gay Days weekend which, despite being an unofficial event, continues a trend of featuring plenty of support from the Resort with several offerings including merchandise and food.

One unmistakable force at the Resort this weekend was ROGUE ONE which had a massive merchandise push across just about every single retail location on property.

Over at Disneyland, we saw the return of Great Moments with Mr. Lincoln and the Main Street Opera House and continuing refurbishments including Peter Pan’s Flight. Of course, the new Star Wars themed land continues to take form all across the north-western end of the park.

At Disney California Adventure, we saw the last of AP Days in Hollywood along with the removal of the remnant elements from the Mad T Party/Jammin’ on the Backlot. The Tower of Terror continues to fade into history as scaffolding begins climbing the facade just a week after the iconic “Hollywood Tower Hotel” signage was removed. We also find that The Little Mermaid Ariel’s Undersea Adventure has reopened after its short refurbishment. The Sunset Showcase Theater is also getting ready for its DOCTOR STRANGE preview (and eventually a BEAUTY AND THE BEAST preview).

We also have another merchandise run plus a lot more in our latest pictorial update. ENJOY! 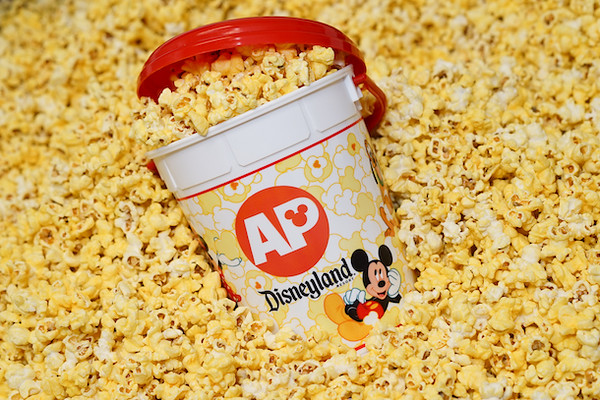 Disney recently announced the return of the popular Southern California Resident Annual Passport. It comes with a notable price increase from the last time it was offered and is available only to residents who reside in zip codes ZIP codes 90000 to 93599. 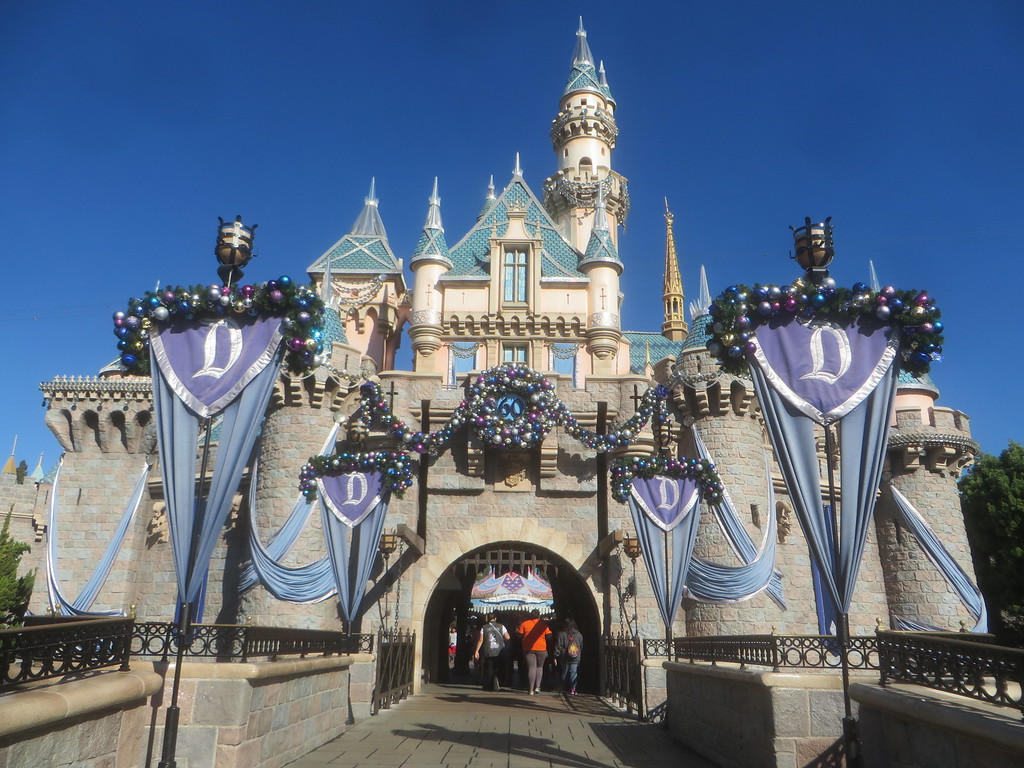 Disney also announced some details for the return of Disney Holidays season which will be enchanting the Resort from November 10 – January 8, 2017. Highlights include a brand-new “World of Color—Season of Light” show plus the “Festival of Holidays” festival at DCA plus the appearance of Princess Elena of Avalor.

We also have another merchandise run plus a lot more in our latest pictorial update. ENJOY!

New this year for Gay Days was the exclusive rainbow stitching for embroidery on the ear hats. We were informed by a Cast Member in the park that this was actually exclusive to the Gay Days weekend.

Also new this year was a tumbler featuring a rainbow Sleeping Beauty castle.

Red (the official color of support for the event) merchandise was prominently on display around the Resort.

The Gay Days Welcome Center was at the Grand Californian Hotel & Spa.

Cupcake Wars contestants #HEAconfections were on hand once again offering their notable sweets. The cake was inspired by Main Street eats including popcorn, churros, and more.

They were offering a Pineapple “Dole Whip” Cupcake amongst other delctable treats.

The presence of ROGUE ONE: A STAR WARS STORY merchandise was unmistakable. It was prominently on display across the entire resort.

Quite a lot going on!

A panorama of the lay of the land

Looks like Tom and Huck left their fishing poles and clothes up near the tree house.

The Main Street Opera House has once again reopened its doors following a short refurbishment.

The smell of new was definitely in the air.

The carpet was neat and pretty and felt especially soft and squishy under our feat.

The Disneyland Story paying tribute to 50 years of magical memories is now itself more than 11 years old. Time flies!

Stepping into the theater for Great Moments with Mr. Lincoln.

The back of the theater still gloriously looks like a 1955 auditorium.

Over on Main Street, the old cannons and their elevated platforms have been removed and leveled out.

It appears the cannons will be moved into planters atop new brick platforms.

Dapper Dans singing up and down Main Street.

With Season of the Force out of the way, the signage at the entrance to Tomorrowland took a look backwards with the use of an old type face used on vintage Disneyland attraction posters for the land.

Season of the Force banners were replaced here, as well.

Space Mountain Ghost Galaxy. The final scare moment at the ending was seemingly dialed back to be less frightening. Or maybe the audio effect wasn’t working?

Did you know that there is actually “sand” in the hourglass on the “it’s a small world” facade?

It flips over and the sand falls through.

Tower of Terror fading into the Twilight Zone

Tower of Terror lost its signage last week and now it’s getting covered by scaffolding and tarps as it prepares for its transformation into Guardians of the Galaxy – Mission: BREAKOUT.

Not much in the way of noticeable changes.

Little by little, the former Mad T Party/Jammin’ on the Backlot stage setup is being removed.

Will the Mickey fountain underneath be restored?

This was the final weekend for the return of AP Days. We were rather unimpressed overall with the return of the offering this time around. What did you think?

A spooktacular confection has sprung up in the lobby of Disney’s Grand Californian Hotel & Spa.

It brings with it 13 Hidden Mickeys.

Here’s one of them in the Disney Grand Californian Hotel & Spa logo. Did you know that hidden Mickey is actually on the actual logo?

The hedge wall was removed at the Mickey and Friends parking structure.

It looks like some aesthetic changes are on the way for the 15 year old parking structure.

A refresh is on the way for the tram-route foliage, as well.

Some TLC continues at the World of Disney northern entrance.

Something Silver also closed… for now?

Food Truck offering Chicken and Waffles and Tots and other goodies.

The 60th signage on the map at the Disneyland Hotel has been removed.

Halloween Screams, bedside. Unfortunately, they don’t pipe in the soundtrack.

New Mary Poppins mugs. Not a fan of the design. The umbrella handle with the feet make it look like a turtle of some sort.

Rex and the Mansion glow in the dark puzzle.

Jingle Cruise returns to Disneyland for the #DisneyHolidays