What exactly goes on in that creepy old New Orleans mansion? Visitors to Disneyland know that grim grinning ghosts await and HAUNTED MANSION #1 begins a new chapter of the creaky abode’s colorful existence.

Marvel and Disney Imagineering teamed together for the fun new look from the DISNEY KINGDOMS series to bring a story about current-day teenager Danny. He finds himself on an adventure inside the walls of the delightfully unlivable destination.

The story is rather light on the character of Danny which you’d think is strange for a protagonist to be minimized in a story but at the end of the day this comic is HAUNTED MANSION #1 and that’s truly the main character here. And thankfully, the comic does exceptionally well at staying keyed in on the mansion and its 999 happy haunts. 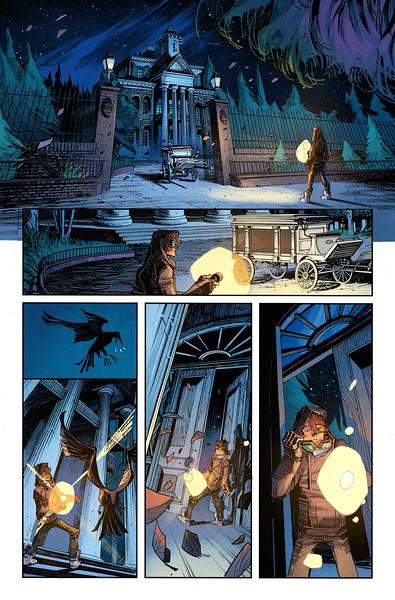 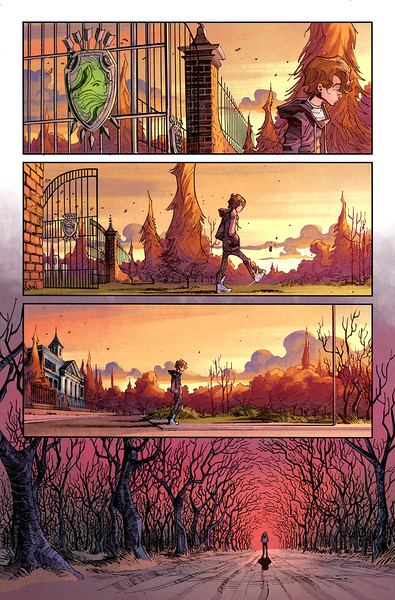 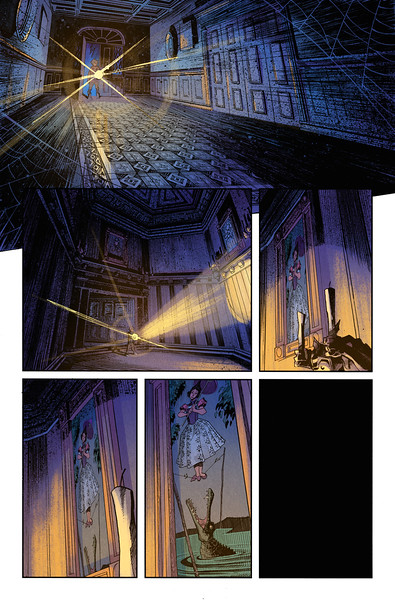 As you can see in the beautiful artwork, the story follows mostly closely to the original Haunted Mansion at Disneyland. Interestingly, the comic itself unfolds the story in a manner that parallels the actual experience of going on the ride from the creepy foyer to the ominous stretching room and beyond, it’s an adventure that feels quiet familiar to any fan of the attraction.

The detail of the drawings and the insistence of remaining faithful to the actual attraction make this a particularly delightful story in which to get immersed. It’s fun to imagine young readers whose first experience with the Haunted Mansion is this comic. Going on the attraction after reading the comic should create a pretty unique experience of wonder not knowing exactly what from the comic’s expanded storylines will come to life as you delve deeper into the attraction.

As is the case with any good story, the ending leaves you waiting for the next chapter and so the month long waits between issues should prove to be an exercise in patience.

HAUNTED MANSION #1 is a fun read for Disney Parks fans and for the uninitiated this tale should work quite well for the intended demographic which skews towards the Casper-aged boys and ghouls. 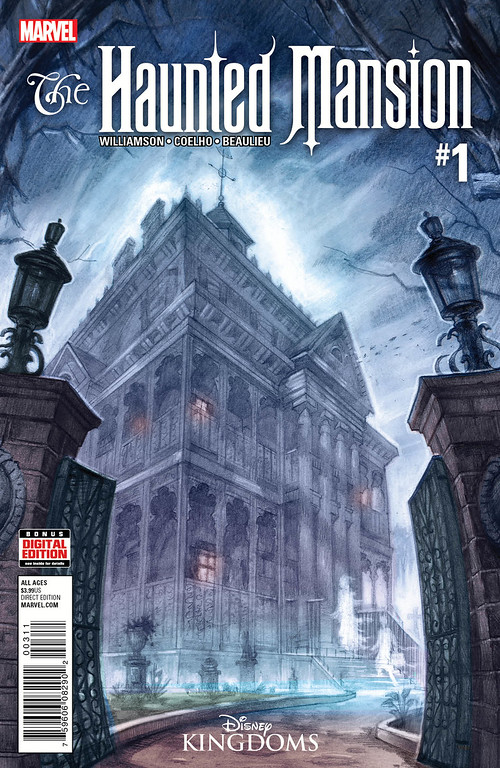