Good news Marvel fans! MARVEL BATTLEGROUNDS for DISNEY INFINITY 3.0 is now available! The Play Set is an original storyline and is the first one to feature four-player brawler gameplay. It is also fully compatible with all Disney Infinity Marvel figures, including new characters, Captain America – The First Avenger, Ant-Man, and Black Panther, whose costumes are inspired by the upcoming film Marvel’s CAPTAIN AMERICA: CIVIL WAR.

Also now available for DISNEY INFINITY 3.0 is the BOBA FETT character an exclusive figure with the Star Wars  Saga Starter Pack for PlayStation. Playable for the Toy Box is the beloved bear from THE JUNGLE BOOK, BALOO. Also, now the Kylo Ren Light FX figure is also now available on pre-order.

In addition to Captain America – The First Avenger, who is included in the Play Set pack, Hulkbuster, Ultron and Black Suit Spider-Man are also now available, along with other Marvel characters including: Ant-Man, who shrinks to the size of an ant but increases his strength to pack a whopping punch; Black Panther, the leader of Wakanda who defends his homeland utilizing acrobatic skills, increased agility, and legendary claws made from Vibranium, and Vision, a brave and noble synthetic warrior who will fight to bring peace to the world.

“Marvel Battlegrounds continues Marvel’s history as a leader in the family gaming category,” said Peter Phillips, EVP and General Manager, Interactive & Digital Distribution at Marvel Entertainment. “This innovative new Play Set gives families a new way to play together via a battle brewing across the Marvel Universe, starring an epic roster of our most popular Super Heroes and Super Villains.”

In addition, a new Marvel Battlegrounds Power Disc Pack will be sold separately and includes:

In the original storyline of Marvel Battlegrounds, Ultron teams up with Loki in an effort to steal Wakanda’s most valuable resource, Vibranium. Captain America, along with the universe’s greatest Super Heroes, leap into action but before they can uncover Loki’s plans for the precious metal, their nemesis creates robotic replicas of the famed Marvel Super Heroes and turn them against each other. The Marvel Super Heroes battle each other in iconic environments such as a wrecked Brooklyn train yard, Wakanda mines and S.H.I.E.L.D.’s Lunar Base, culminating in a universe-shaking battle against Ultron. Players engage in the ultimate rumble and choose from more than 25 Disney Infinity Marvel Super Heroes and Super Villains, and battle through 12 levels across eight dynamic arenas.

Boba Fett – Formerly an exclusive figure with the Star Wars™ Saga Starter Pack for PlayStation®4 and PlayStation®3 computer entertainment systems, Boba Fett is now available as an individual character pack playable in all of the Star Wars Play Sets and in the Toy Box for Disney Infinity 3.0 Edition. The legendary bounty hunter is now available at a suggested retail price of $13.99.

The Kylo Ren Light FX figure is also now available on pre-order with all major retailers at a suggested retail price of $14.99. 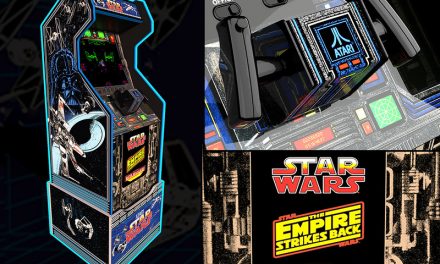 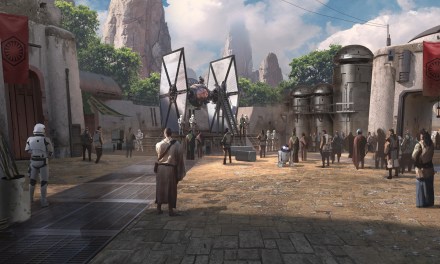