In commemoration of Walt Disney’s birthday this year, Walt Disney Archives launched a new online print-on-demand photo service that will allow fans to own vibrant images from Disney’s rich history, including classic images of Walt himself.

Available at disneyphotoarchives.com you can select from a small selection of the archival photos (many of which printed from original negatives) and own them in various sizes and formats including an 11’’ x 14’’ print on paper, gallery–wrapped canvas ($59.00) or even a 20’’ x 20’’ print in a natural or black wood frame ($150.00).

Spanning a wide breadth of Walt Disney’s career, these new image a great way to bring a classic touch of Disney imagery into your home.

BURBANK, Calif. – December 3, 2015 – On December 5, 2015, what would have been Walt Disney’s 114th birthday, Disney will launch Photographs from the Walt Disney Archives, a new online print-on-demand photo service that will allow fans to own vibrant images from Disney’s rich history, including classic images of Walt himself.

Iconic photographs, from a young Walt circa 1932 surrounded by more than a dozen plush Mickey Mouse dolls to a shot of Sleeping Beauty Castle at Disneyland on opening day in 1955, will be available for purchase in an array of sizes and formats, including photographs and canvas. Each image tells a story, including a rare behind-the-scenes photograph of musicians during the filming of the concert epic Fantasia (1940), as well as a shot of Walt and his staff with the groundbreaking multiplane camera during the 1951 filming of Alice in Wonderland.

All artwork comes from the photo library operated by the Walt Disney Archives. Comprised largely of original negatives, the roughly 4 million photos rarely leave their cold storage facilities to see the light of day. As more and more digital copies have been created, the Archives is offering this special opportunity to own a print from its one-of-a-kind collection.

Photographs from the Walt Disney Archives launches December 5, 2015 at DisneyPhotoArchives.com.

About the Walt Disney Archives

For more than four decades, the Walt Disney Archives has carefully safeguarded the most treasured items from The Walt Disney Company’s history, including original scripts, movie props and costumes, Walt Disney’s correspondence and script notes, theme park artifacts, merchandise, millions of archival photographs, and many of Walt’s personal effects. Founded by Disney Legend Dave Smith in 1970, the Walt Disney Archives is a vital resource for every part of Disney, as well as an important research center for Disney scholars, researchers, and writers. The Archives also shares its countless pieces with Disney fans everywhere through its exhibitions and close association with D23: The Official Disney Fan Club. 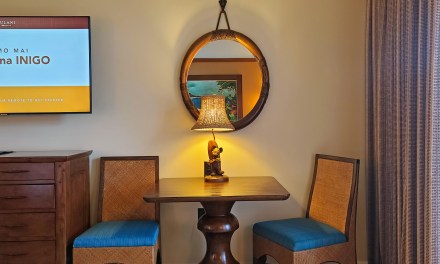 AULANI: This Mickey lamp is a hotel fixture you can take home with you… for few hundred dollars!