It’s October which, for many, means that it’s officially Halloween season! At MouseInfo, we got a head start on the festivities when Universal Studios Hollywood invited us a few weeks ago to check out this year’s Halloween Horror Nights.

We’ve been going to terror-filled event for a few years now and the top-notch offerings keep us coming back for fantastic scares done with impeccable detail. Sure, it’s a far-cry from the sugary sweet Halloween Time offerings at the Disneyland Resort but sometimes it can’t all be pixie dust and magic, right?

This year’s HHN features a blending of several of the past several years best of offerings with brand-new terrors to enjoy. So if you haven’t been to the event in the past couple years, now is definitely the time to check it out again.

Of course this sort of “best-of” selection means if you HAVE been going for the past few years, it might feel bit like de ja vu with a few of the offerings. But before we get into that let’s start with some of the best and brightest highlights for this year’s scare-fest.

For the past few years, some of the surprisingly most-memorable options are the 3D mazes. This year was no different as the maze based on the dark comedy THIS IS THE END that starred James Franco, Seth Rogen, and crew brought a unique mixture of scares and comedy.

The 3D glasses help give a special dimension to the location which is painted in florescent paint that literally seems to pop off the walls. Set to the theme of an Apocalypse taking place during a party at James Franco’s house, we find terrible lava monsters and hilarious sights throughout.

This is definitely a must-see maze for a change of pace to the usual sights and sounds of the evening. Another surprise hit for us was imagined by mystifying likes of Guillermo del Toro based on the upcoming film Crimson Peak. The film comes out later this month making it a sneak peek of sorts into the film.

The maze is built largely on suspense with the scares seeming a bit sparse in comparison to some of the other haunts. Luckily, the striking design keeps the suspense in tact, building up the horror that lies within. The level of detail is aboslutely astounding, it really feels like you’re walking through a creepy old manor full of amazingly beautiful and creepy architecture.

The craftsmanship used to bring this to life makes this an undeniable MUST SEE for the evening.

This year the most popular maze from last year has made its return once again. There’s hardly a noticeable change here and Universal does not pretend that this is different. This is truly a surprisingly delightful experience that you simply must visit if you missed it last year. Admittedly, the maze is less surprising on second-pass but the amazing visuals, level of detail, and creativity with the scares make this a definite must-see…

A must see… if you haven’t seen it yet.

A fun twist to the Mike Myers scare tactics came this year in the form of a flashback rewind. In this maze, we find ourselves back in 1963 when the terrifying events that birthed the Halloween legend were born.

Before you even go into the creepy old house, you can see in silhouette into one of the windows the terrifying young Mike Myers launch his murderous career as a classic horror icon.

A fun twist from the expected. Worth a look!

Insidious: Return to the Further

Although INSIDIOUS has had a few forays at Universal Studios Hollywood, the undeniable creepiness of the film and its concept make it one that we always have to come back to year after year. Always fun to revisit the world of this terrifying film franchise. Give it a look!

The Walking Dead: Wolves Not Far

One of the increasingly less inspired iterations of horror each year comes from THE WALKING DEAD franchise. We don’t watch the show so perhaps part of the allure for the clearly popular maze is that viewer fanbase. For non-fans though the only frame of reference to all the visuals is zombies, zombies, zombies. Rawr.

This one’s totally skippable for us but if you’re a fan of the show you might find some delight here. This year, it is touted as the longest maze ever for the event but it’s mostly more of the same zombies, zombies zombies. This year the popular franchise maze utilizes space not typically used for HHN events located just to the LEFT of the main entrance for the TRANSFORMERS attraction on the Lower Lot. Less walking is a big plus!

Honestly, we’re ready for this Walking Dead maze concept to reach its Terminus.

Last year we mentioned that the The Walking Dead was getting a little tired on the Terror Tram so we were excited to finally see something new happening for the hot-ticket scares here. As it turns out, in spite of the new theme it seems the execution is perhaps what’s feeling a little tired.

The story this year follows the concept of THE PURGE. It sets up the conceit that this event is an escape from the dangers of the Purge, a family freindly celebration for all! Hop on the tram and let’s get to safety! Of course, we quickly find out we’ve been duped and are on a death ride.

Despite the change of theme, the actual experience remains virtually unchanged over the past several years. Exit the tram, walk past monsters, walk up a long dark hill, go past the Psycho house, a few more scares and then end with a walk through War of the Worlds set. It’s a little formulaic at this point.

The Terror Tram needs some serious re-invention to remain relevant. The new theme this year was a step in the right direction but the concept itself needs some variation or something else to make this tram concept a repeatable offering. Simply swapping out the zombies for differently dressed scare actors just isn’t cutting it anymore.

If you’ve done the Terror Tram before, do yourself a favor and save the time for other mazes.

Despite some minor disappointments with some of the maze offerings this year, we were optimistic that the new Jabbawockeez show would help change that trend. Something is definitely needed to sit and relax and fill the void that is SEVERELY lacking since the decision came to axe the comedy spoof Bill and Ted shows that used to be a staple for the event.

Unfortunately, it seems for us that this new dance show seems to suffer the same fate for us as The Walking Dead options. If you’re already a fan, then you might find some enjoyment here. For us, the show was not entirely all that interesting or captivating.

For a show featuring a dance group, the amount of dancing seemed underwhelming and the story was not very interesting. Unfortunately, this one also gets a PASS for us.

Your time would be more wisely spent exploring the amazing mazes and scare zones in the park.

These are always simple but fun affairs. In your course of making it to different sections of the park, you inevitably will come across small spans of walkway that have been taken over by some terrible form of terror.

Dark Christmas returned once again this year brining a truly awesome blend of Christmas with a super dark twist. Pair the screams and axe-wielding elves with the sugary sweet scent of gingerbread and you get an idea of what blend of horror lies in store.

A really fun new theme brought to life this year came in the form of an invasion that shows that it really is tough to be a bug. Don’t expect any playful Pixar ants here. These mutant bugs, moles, and rats are tired of being killed and they’re exacting their revenge on the most deserving pests of all… HUMANS.

Halloween Horror Nights at Universal Studios Hollywood continues to be an absolutely phenomenal option for those looking to get the daylights scared out of them. The event feels world-class with the attention to detail being a true compliment to the scares themselves. This is a functioning movie studio so they definitely know how to deliver the sights and sounds (and even smells) to make this a truly memorable event each year.

There’s clearly a ton to explore during HHN in addition to some of the park’s regular offerings that are open and available including MINION MAYHEM and the ever-popular JURASSIC PARK (In the Dark) and TRANSFORMERS attractions.

If you haven’t been to Halloween Horror Nights for a while, now is definitely the time to go with the event offering a strong roster of some of its favorites over the past years. Plus, the impressive new offerings presented this year round-out a fantastic value. A definite must-see but make sure you luxe up and get a FRONT OF LINE PASS, it’s your only way to really experience it all.

Oh and be sure to keep hydrated with a BAG OF BLOOD or an ENERGY “SHOT“!

Tickets are still available but they DO sell out each night so be sure to buy early to secure your spot. Keep in mind, it’s also cheaper to buy early. The earlier in the month you go, the cheaper the tickets. 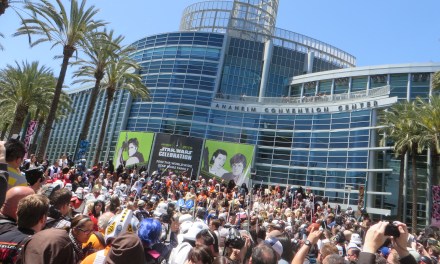 SWCA: How to use LIGHTSPEED LANE and Virtual Random Selection for panels and shopping during Star Wars Celebration Anaheim 2022 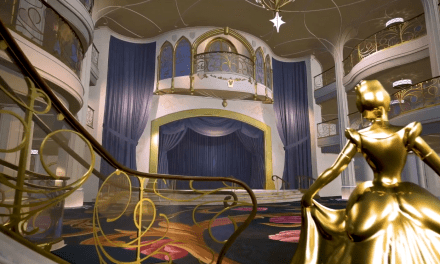