Universal Studios Orlando has announced an expansion for CABANA BAY BEACH RESORT. Two new additional towers will provide 400 more guest rooms on the south end of the resort. These new rooms will have some of the best views of Universal’s new VOLCANO BAY waterpark.

The first time I set foot on what was then the empty land that would become Universal’s Cabana Bay Beach Resort, I remember thinking—and pardon the cliché, but I have to go there—”if you build it, they will come.” My next thought was “I really need to get a pair of work boots.”

Those boots came in handy, as we hiked around on tours, photo shoots, video shoots and more as the hotel came out of the ground.

Soon, we’ll begin work on two new towers, with 400 additional guest rooms, at the south end of the property near the Continental and Americana Towers. Set to open in 2017, some of these rooms will have amazing views of Universal’s Volcano Bay.

We’ll be sharing more details as the project moves ahead and, of course, we’ll let you know when we start accepting reservations for the new towers.

These days, my work boots are back out. Not only because of this upcoming expansion, but also because of Loews Sapphire Falls Resort, which is rising up from a site between Cabana Bay Beach Resort and Loews Royal Pacific Resort.

You can check out this story to figure out which on-site hotel is right for you. And you won’t want to miss all the benefits of staying on-site when you vacation at Universal Orlando Resort. 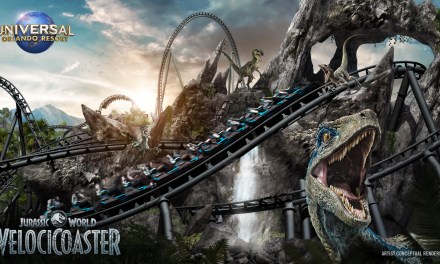