One of the most unexpected standout panels at the D23 EXPO this past weekend was the one held for the 20th Anniversary of A GOOFY MOVIE. Moderated by producer Don Hahn, the panel featured a large number of the film’s original voice cast but also included a few special once-in-a-lifetime moments, as well.

Fans in Stage 28 basically had a collective meltdown during the surprise finale performance of the song’s iconic “Eye To Eye” song by original voice performer Tevin Campbell. The performance was complete with Flash Mob dancers who performed the actual choreography from the animated film… right on down to Goofy’s PERFECT CAST. You can see our original posting here.

On a more low-key but equally awesome note, Bill Farmer (the voice of Goofy) and Jason Marsden (voice of Max) were reunited on stage to sing the father-son duet “Nobody Else But You.” Although Marsden COULD sing, it was decided to hire a different actor to be the singing voice of Max. So the two took to the stage to perform the endearing number.

A large roundup of the voice cast also made it to the panel including Jim Cummings (Pete), Rob Paulsen (PJ), and even Jenna Von Oy who had the bit-role of Stacey in the film. Jymm Magon who created the story and worked on the screenplay was also present to give some great behind the in scenes insight on the project.

Further evidence to the impact of the cult-hit, there were a few pre-recorded video messages from other people who worked on the project that weren’t able to be in attendance including voice actors Pauly Shore and Wallace Shawn as well as director Kevin Lima.

And if that wasn’t enough, there were official Cheez Wizz girls on hand passing around a big plate of cheese whiz and crackers. No leaning Tower of Cheeza’s were attempted. 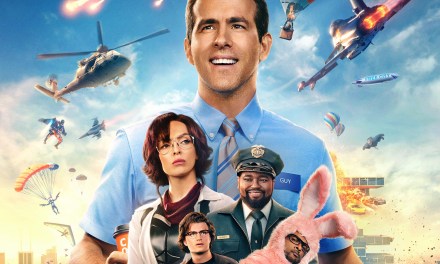