A true highlight of any con for us is always the cosplay. Fans show their creativity and their fandom and express it though costume. From the overtly obvious to the deep-cut uber-fan creations, it’s always a joy to see people showing their fandom and at the D23EXPO 2015, a lot of people showed their “Disney Side.”

We have a ton of cosplay for you to enjoy but first our top looks in no particular order! In one way or another these cosplays had a lasting impression on us that we remembered even a week after the event ended!

Speaking of sisters, nothing thrills us more than seeing the Sanderson sisters on a cosplay floor. Fantastic!

Sometimes cosplay goes a little deep cut. In this instance we have a fun Disney Bounding of the leads from ABC’s DINOSAURS television show. Earl and Fran in human form, love it! One of our favorites of the entire EXPO!

These two ladies decided to go a less orthodox route and actually dressed as CONCEPT ART versions of Elsa. As with any lead Disney character, the visual development took A LOT of directions. One particularly striking but ultimately abandoned look was a short hair coif with an icy tiara and a slightly different version of her iconic blue dress.

Coincidentally, neither lady knew the other and yet both opted for different versions of the same concept look. Pretty awesome!

As far as Disney princesses, one you don’t see a whole lot is Mia Thermopolis from The Princess Diaries! How great is this??

Star Wars has only been folded into the Disney family for a small while but fans have embraced the new alliance and created some really fantastic mashups. Here we present what we call Han Snowlo!

Wanna hear a secret? Promise not to tell? This cosplay was stellar even without the wishing well.

Where there’s cosplay there’s always a bunch of Disney princesses. Sometimes, to separate themselves out from the crowd, cosplayers will take alternate forms of Disney princesses to represent with their costumes. Take these two lovely examples, based off the Disney Store Fairytale Designer Collection from 2013.

She brought the man-catching beignets, y’all. And Mama Odie with Juju, come on, too perfect!

Basically everyone who did cosplay for MULAN was on point. From a Jedi Mulan to a near perfect Shang to the amazingly hilarious deep cut ugly concubines. A special shout-out to the Matchmaker. All of these ON POINT.

This first group all made their costumes themselves. Fantastic! The second is the Cate Blanchett Lady Tremaine with animated Lucifer in her hands, so cute!

There’s tons more cosplay to enjoy. We didn’t capture it all by any means but check out some more of our favorite looks!

Once Upon A Time

Princess and the Frog

Ariel is always a popular choice in the world of cosplay. Renowed cosplayer Traci Hines did the transformation dress Ariel wears briefly at the end of the film when Triton grants her her wish to become a human.

Because of her simple and instantly color palette, Snow White is often a favorite for re-interpretation.

Beauty and the Beast

Yes, we know Pocahontas isn’t a princess but Disney tends to market her this way hence her inclusion. Lots of great looks here!

I mean sure, someone can dress up like a Jungle Cruise Skipper but how many will come with their own Jungle Cruise BOAT? THIS GUY.

Ok, these are just awesome. We have Mickey’s Soundsational Parade… Dime (from Five and Dime on Buena Vista Street), Captain EO, and some fun original amalgamations, too! Plus, check out the hand-made pieces celebrating the Disneyland 60th Anniversary!

Highlights: The Witch from INTO THE WOODS, Designer Ursula, gigantic tentacles Ursula, and so much more. Check out Hades and his awesome Underworld minion.

Beauty and the Beast Star Wars-Style! Take a look at her “Lumiere” candelabra, too clever! Original take on Queen Amidala is also fantastic. Not nearly as many Storm Troopers as we would have hoped.

MouseInfo’s own Becca and Joey decided to cosplay for the final day of the D23 EXPO. Going super deep-cut, we opted for Studio Ghibli’s first box-office success the 1989 animated film Kiki’s Delivery Service. 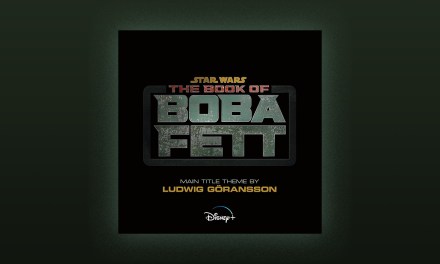