USA Today revealed today the first look at the new SANJAY’S SUPER TEAM animated short that will be opening ahead of Disney-Pixar’s THE GOOD DINOSAUR later this year. The reveal comes just days ahead of the official panel for the short that will be featured at San Diego Comic-Con.

The subject for the short draws from director Sanjay Patel‘s experience as a child growing up in the US with parents of Indian descent. The imaginative new feature opens up the mind of a young child growing up with TV animated superheroes but filtered through a personal home-life of Hindi upbringing.

If the stills released so far are any indication, it should be a colorful new adventure! Although there’s no indication that this would happen, we’re counting on an Incredibles 2 easter egg. There HAS to be, right?

SANJAY’S SUPER TEAM opens ahead of THE GOOD DINOSAUR in theaters November 25. 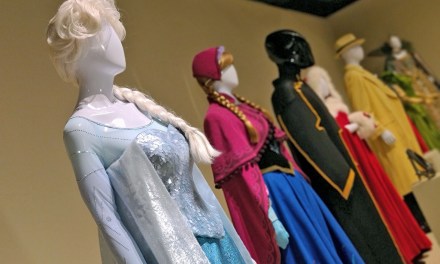