The 88th Academy Awards are nearly upon us and Disney this year has earned itself 9 nominations!

Oscar winners are often all the buzz around this time each year and while Powerball winners might getting more attention today, we’re just a few weeks away from the moment that all the shiny gold Oscars are handed out.

The House of Mouse not surprisingly got most attention for STAR WARS: THE FORCE AWAKENS with #OscarNoms in five categories including Film Editing, Visual Effects and Music – Original Score. CINDERELLA picked one up for Costume Design while Disney-Pixar finally  made their return to the Oscars for their outting with INSIDE OUT, earning Animated Feature and Writing – Original Screen play noms. Disney represents in Animated Short Film one again this year for SANJAY’S SUPER TEAM.

The full list of Disney-nominated films is below. You can tune into the live broadcast of the 2016 Oscars on Sunday, February 28 on ABC.

Disney also gets Oscar nom credits as the distributor for Dreamworks live action film BRIDGE OF SPIES which earned an additional FIVE nominations including Best Picture, Actor in a Supporting Role, and Production Design. 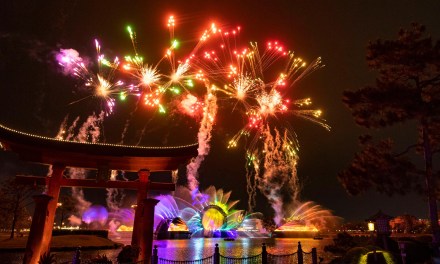