Disneynature’s next big movie will make people go “awww” the moment the trailer starts playing. Disneynature has explored monkey’s, ocean’s, bears, African cats, and even birds, but now they are going to a place we haven’t seen before, China. BORN IN CHINA will follow the adorable panda, a golden monkey, and one of the most beautiful animals, the snow leopard.

No word yet on when it will be hitting theaters, but if history should repeat itself, look for it Earth Day 2016.

ABOUT
Disneynature, in its ongoing quest to bring the natural world to the big screen as never before, presents its most ambitious project to date, taking moviegoers on a grand journey into the wilds of China. “Born In China” follows the adventures of three animal families — the majestic panda, the savvy golden monkey and the elusive snow leopard.

Featuring stunning imagery, the film navigates the vast terrain—from the frigid mountains to the heart of the bamboo forest—on the wings of a red-crowned crane, showcasing remarkably intimate family moments captured on film for the first time ever. 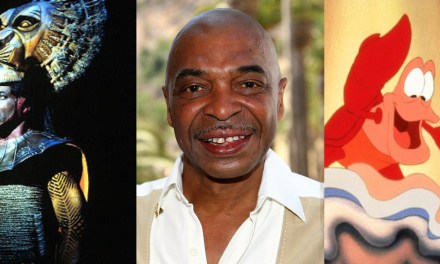 Samuel E. Wright, voice of Sebastian, has passed away at 74