With the summer release of the JUNGLE CRUISE just a little further down the river, Disney is offering up some more goodies to drive interest in the Dwayne Johnson / Emily Blunt led adaptation of the popular Disney Parks attraction! The new trailer, poster and stills invite us to step aboard for an adventure like no other! 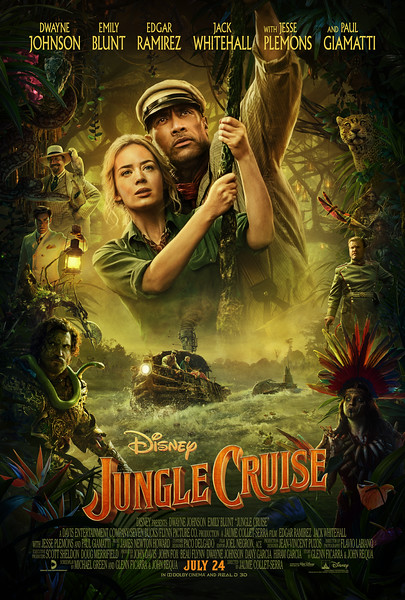