Although completely non-descript, Nintendo and Universal Studios recently announced a collaboration for new dedicated experiences and attractions based on beloved Nintendo games, characters, and worlds in the Universal theme parks.

It is expected that the new experiences will begin to appear and replace the Kid Zone section of the Universal Studios Florida theme park vs. an all new world but in a world where flying wizards and oversized gorillas all intermingle, you never know what could be on the way… storming Bowsers Castle? On a quest for Zelda’s ocarina?

Although rumors swirl that Nintendo’s presence could mean the end of Universal Orlando’s Marvel attractions, that is definitely not the case. Reliable sources indicate that new Marvel attractions are planned for Universal’s Islands of Adventure in the next 3-5 years, as their contract for Marvel rights is perpetual.

Look for Nintendo attractions to start to appear at Universal Studios Florida, Hollywood and Japan within the next few years.

I’m thrilled to share that Nintendo and Universal Parks & Resorts today announced plans to bring the world of Nintendo to life at Universal theme parks.

Together, these two storytelling giants will create spectacular, dedicated experiences based on Nintendo’s wildly popular games, characters and worlds.

The agreement brings two icons of entertainment together and represents a significant partnership for Nintendo as it expands the reach and popularity of its characters and intellectual property.

Now, for the first time, those stories and characters will be brought to life in entirely new ways—only at Universal theme parks.

The immersive experiences will include major attractions at Universal’s theme parks and will feature Nintendo’s most famous characters and games.

More details will be announced in the future, as the Nintendo and Universal creative teams work to create specific concepts. 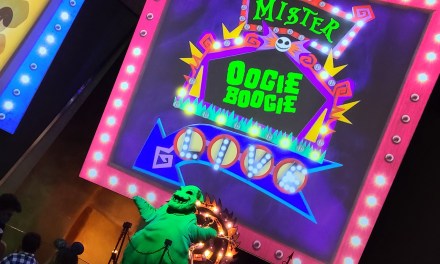 Inside and In-Depth: POP-UP DISNEY! A MICKEY CELEBRATION at Downtown Disney