Disneyland Paris has released an official first look image of promotional artwork for the new Ratatouille attraction that will be opening at the Walt Disney Studios Park park. The new image reveals a rendering of the exteriors of the new area and seems to show Collette and Linguini as characters who will greet guests in the new area.

The attraction is expected to open in summer this year with the name “Ratatouille: L’Aventure Totalement Toquée de Rémy” which roughly translated from French is “Ratatouille: Remy’s Totally Zany Adventure.”

Disney yesterday unveiled a new teaser video for the attraction offering no visuals of the attraction and thus doing very little to whet our appetites. They have our attention!

First look at the world of Ratatouille at Disneyland Paris

Disneyland Paris unveiled today the first visual and video trailer of the Ratatouille themed mini-land that will open this summer in the Walt Disney Studios Park.

This summer, Disneyland Paris will unveil a major new attraction and mini-land inspired by the Oscar-winning Disney?Pixar film Ratatouille. The film, directed by Brad Bird, tells the tale of Rémy, a young rat who has amazing talents in the kitchen and dreams of one day becoming a great chef. This leads to a fun but perilous journey that eventually lands him as the head chef of one of the most famous restaurants in Paris. Now Rémy has arrived at Walt Disney Studios Park to share his culinary delights and crazy adventures with the entire family.

On the attraction Ratatouille: L’Aventure Totalement Toquée de Rémy*, guests will shrink down to the size of a rat and join Rémy and his friends as they scurry through the kitchen, dining room, and walls of Gusteau’s famous Parisian restaurant, all the while trying to avoid the nemesis from the film, Chef Skinner. This first of its kind Disney attraction will immerse guests into an animated world like never before as they experience what it’s like to be a rat in a human sized world.

The attraction is located in a new corner of Toon Studio that’s been transformed into a Ratatouille-inspired version of the City of Light. In addition to the attraction, this mini-land also features a shop, Chez Marianne Souvenirs de Paris**, and a rat-scale themed table service restaurant, Bistrot Chez Rémy*. The restaurant, which is the only one of its kind across Disney Parks worldwide, is directly adjacent to the attraction and serves the “little chef’s” famous dish, ratatouille.

After Crush’s Coaster(1), Cars Race Rally(2) and Toy Story Playland(3), Ratatouille will be the fourth attraction at the Walt Disney Studios Park inspired by a Disney?Pixar film. Disneyland Paris will once again combine its narration skills with state-of-the-art technology to offer the best possible experience. 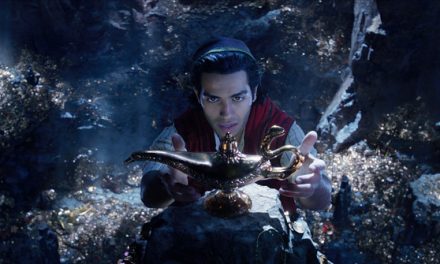