#D23Expo: Everything happening on all five panel stages on Saturday, September 10, 2022 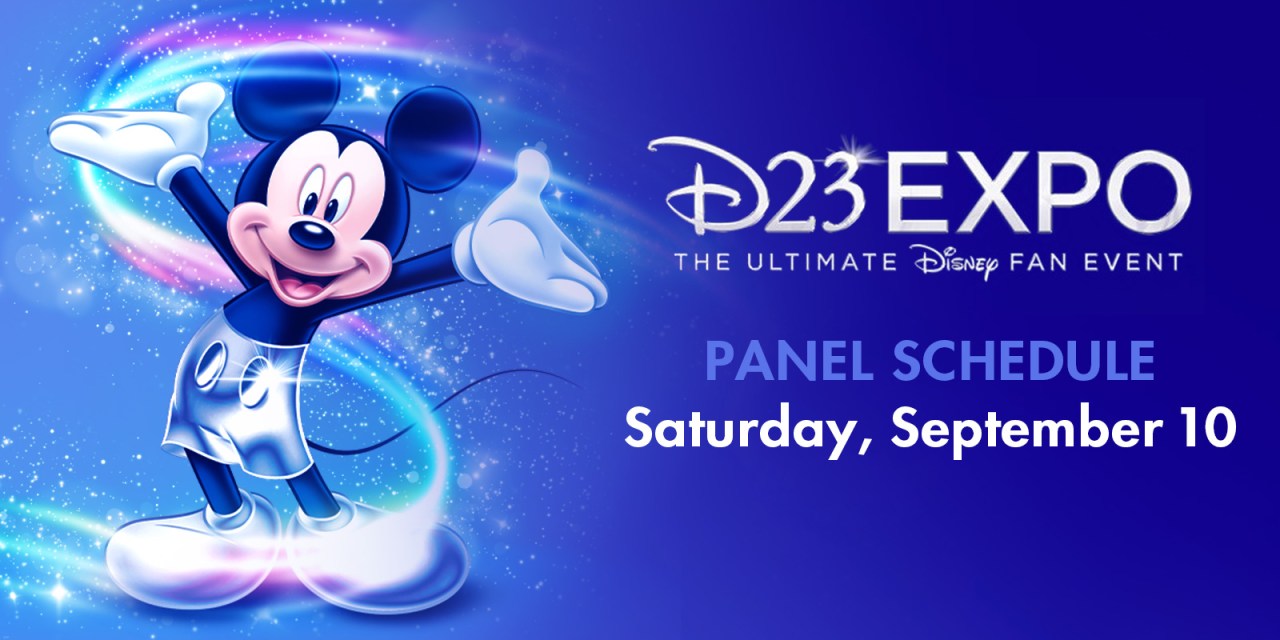 D23 Expo 2022 is just around the corner and now that the ultimate fan club has released the full panel schedule, we’re taking a look at everything happening on Saturday, September 10 during the event! This year, panel event content will feature across five panel stages including Hall D23, Premiere Stage, Backlot Stage, Walt Disney Archives Stage, and Hyperion Stage.

The Making of Disney100: The Exhibition

Producers from the Walt Disney Archives, Semmel Exhibitions and Studio TK reveal illuminating details about the all-new exhibition celebrating 100 Years of Disney Wonder, scheduled to premiere at The Franklin Institute in Philadelphia in February 2023.

Moderated by DisneyBound founder, Leslie Kay, four of Disney’s major fashion icons will discuss their collaborations, the inspiration behind their unique collections, and what it’s like to work in the fashion industry.

Talkin’ Pets with the Vets of National Geographic

Join the Marvel’s Moon Girl and Devil Dinosaur cast and creative team as they share an exclusive sneak peek of the highly anticipated series before its debut on Disney Channel and Disney+.

The Emmy Award-winning animated series Bob’s Burgers joins D23 hot off the critically-acclaimed release of The Bob’s Burgers Movie! The cast and creators will break news and have you howling with laughter during a lively panel discussion.

Join Imagineering Ambassador Bob Weis and Leah and Leslie Sklar, the wife and daughter of the late Disney Legend and Imagineer Marty Sklar, as they discuss some of the treasures they’ve discovered while going through Marty’s collection from his more than 50 years with Walt Disney Imagineering.

Magic in the Air: 30 Years of The Muppet Christmas Carol

Yuletide comes early this year as we celebrate 30 years of the ultimate Holiday classic- The Muppet Christmas Carol- with filmmakers, The Muppets, and a few surprises!

Moderated by Tyler Slater, Public Relations Manager, this panel gathers Disney Parks artists and authors who created artwork for our global parks, including items which will be for sale at the D23 Expo Marketplace.

Celebrate sixty spectacular, sensational, web-slinging years of Spider-Man! From his humble debut in 1962’s Amazing Fantasy #15, he wall-crawled his way to international super-stardom. Now, join Executive Spider-Editor Nick Lowe and Editor in Chief C.B. Cebulski as they team up to trace the comics history of the web-head across six decades—and BEYOND! Tantalizing trivia about the webbed wonder will be shared in this can’t-miss panel, so be sure to swing by!

A Century of Storytelling at Walt Disney Animation Studios

Join Disney Branded Television for an exclusive showcase that highlights a legacy of excellence in storytelling and includes talent appearances, performances, and never-before-seen previews of original content for Disney+, Disney Channel, and Disney Junior.

A Celebration of Disney Animation’s Encanto

Join the team behind the Academy Award-winning Walt Disney Animation Studios’ hit Encanto for stories from the making of the film—and even a few surprises!

On The Red Carpet’s Storytellers Spotlight is an intimate conversation series that amplifies the work of historically underrepresented, diverse storytellers and their allies across the Walt Disney Company in film, television, theater, music, and podcasts.

Dreaming, Designing and Bringing to Life the Disney Wish

Disney Imagineers fresh off the launch of the newest ship in the Disney Cruise Line — the Disney Wish — talk about their experiences bringing this ship to life.

Cautionary Tales with the Disney Villains: The Imagination of Ridley Pearson

Celebrate the writing of author Ridley Pearson and his new book, Cautionary Tales, a collection of scary tales based on Disney films. Get inside scoop on how Ridley and the Walt Disney Archives created a unique and creative continuing partnership.

Though he unfortunately won’t be at D23 Expo, get an exclusive first look at Chris Hemsworth’s new Disney+ series Limitless! He puts his body and mind through transformative experiences, sharing tips that can help you too have a healthier life, body, and mind.

Join The Santa Clauses cast and creatives for a lively chat.

Get a first look at the newest animated series coming to Disney+ from Disney Animation with directors Josie Trinidad and Trent Correy. 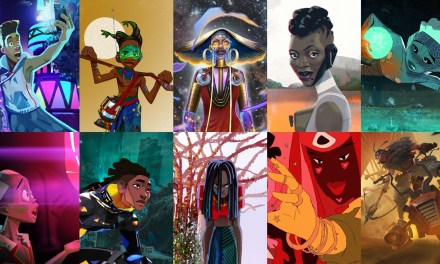