#D23Expo: Everything happening on all five panel stages on Friday, September 9, 2022 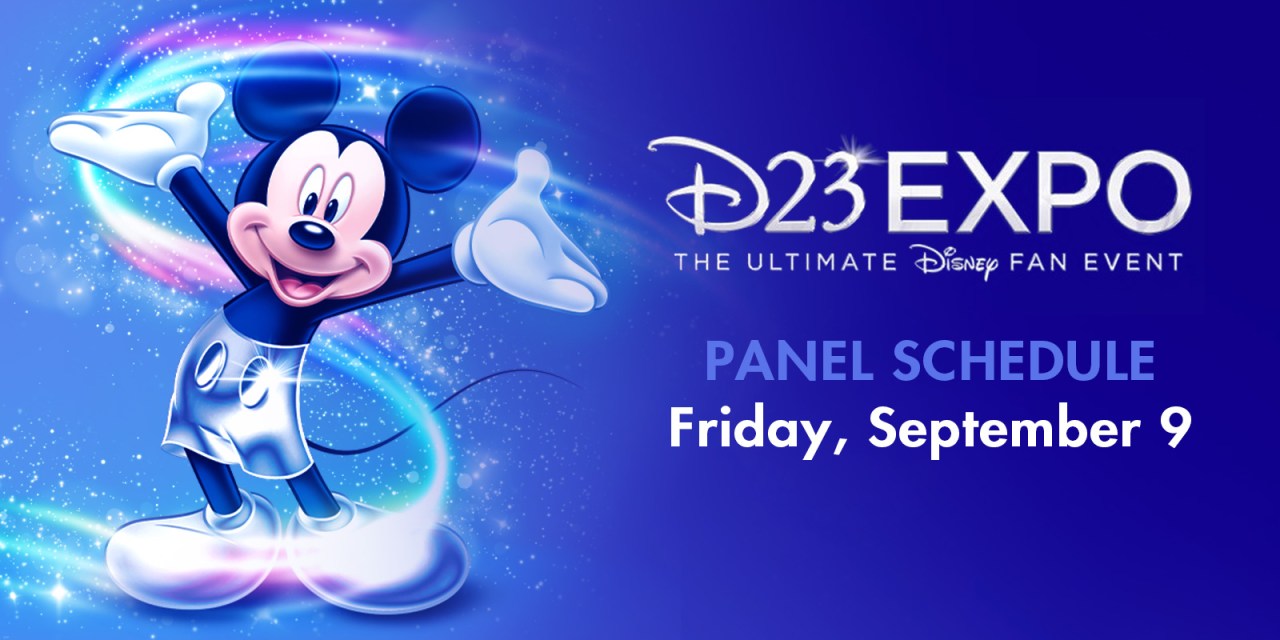 D23 Expo 2022 is just around the corner and now that the ultimate fan club has released the full panel schedule, we’re taking a look at everything happening on Friday, September 9 during the event! This year, panel event content will feature across five panel stages including Hall D23, Premiere Stage, Backlot Stage, Walt Disney Archives Stage, and Hyperion Stage.

Join Disney artist and historian Stacia Martin for an all-new edition of “Sounds Delightful!,” an illustrated audio adventure across decades of vintage vinyl recordings from yesterday’s turntables, including rare promotional and production tracks.

Pet owners across America need help, and Cesar Millan is ready to show them the way. His positivity in troubled times and his heartwarming transformations make us feel like we can overcome all obstacles, starting with our own four-legged pals!

Disney100 kicks off at D23 Expo on Friday, September 9, at 10:30 a.m. with an epic presentation that includes the Disney Legends Awards Ceremony, featuring Disney CEO Bob Chapek. Legends will once again honor those visionaries and artists who have made significant contributions to the Disney legacy.

An inside look at the continuing development of the Society of Explorers and Adventurers – what it means at Disney Parks and how these stories continue to grow. Walt Disney Imagineers are joined by author Julie Kagawa to talk about her first two books in a series of novels that tie into the lore of S.E.A.

Join us for a fun chat with the cast and creatives of this iconic show.

Who is Honored with a Window on Main Street, U.S.A.?

Observers notice details throughout the Disney theme parks, such as names styled on building windows. Discover the people behind the names through a talk with the team that researched the upcoming Disney Editions book People Behind the Disney Parks.

The stars of ABC’s Home Economics discuss the making of the family comedy and share an exclusive look at the upcoming season three premiere, filmed at Disneyland Resort in Anaheim, CA.

Meet three extraordinary women who are changing the face of exploration, education, and storytelling. Find out what it takes to study large bears up close; learn about the science of Avatar; and get ready to win first place at the Science Fair!

Join cast from The All New Mickey Mouse Club as they share favorite memories about the third incarnation of the series (1989–1994), and discover how MMC pushed boundaries by highlighting topics that had rarely been covered on children’s television.

Celebrate the powerful music of Marvel storytelling when Variety’s Jon Burlingame hosts Disney For Scores Podcast live. Jon will bring the format of the popular Disney For Scores Podcast to life as he interviews composers of some of your favorite Marvel series and films. Listen in as they fill us in on the secrets of creating the amazing music that helps build the Marvel Universe!

Studio Showcase, Day 1: Celebrate the Magic of Disney and Pixar

Join Disney Studios for an all-star look at what’s coming up in theaters and on Disney+ from Disney’s iconic Walt Disney Animation Studios and Pixar Animation Studios, as well as its namesake motion picture group behind such recent Disney hits as Cruella, Jungle Cruise, and Chip ’N Dale: Rescue Rangers.

Behind The Scenes: ABC’s “Beauty and the Beast: a 30th Celebration”

ABC’s previews the upcoming special “Beauty and the Beast: a 30th Celebration”

Listen in as members from the newest class of Disney Legends partake in an enlightening conversation about their storied careers.

The Cast and Creators of Disney Channel’s Hamster & Gretel

Join the cast and creative team of Disney Channel’s Hamster & Gretel as they share a behind-the-scenes look at what went into making the music-filled animated series and reveal exclusive content from the show.

The face of a new generation of aspirational adventurers and natural history filmmakers, 29-year-old Bertie Gregory takes viewers on an epic and nail-biting journey that pushes into the most spectacular and secretive corners of our wild world.

As Walt Disney’s company plane makes its historic return at D23 Expo, discover the fascinating story of the Grumman Gulfstream I aircraft, fondly remembered as “The Mouse.”

Here for the Laughs

Stars of your favorite TV and streaming series come together to discuss their careers, and what it takes to make a comedy hit. 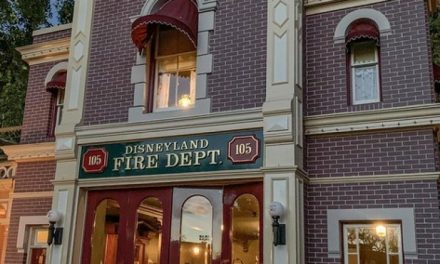