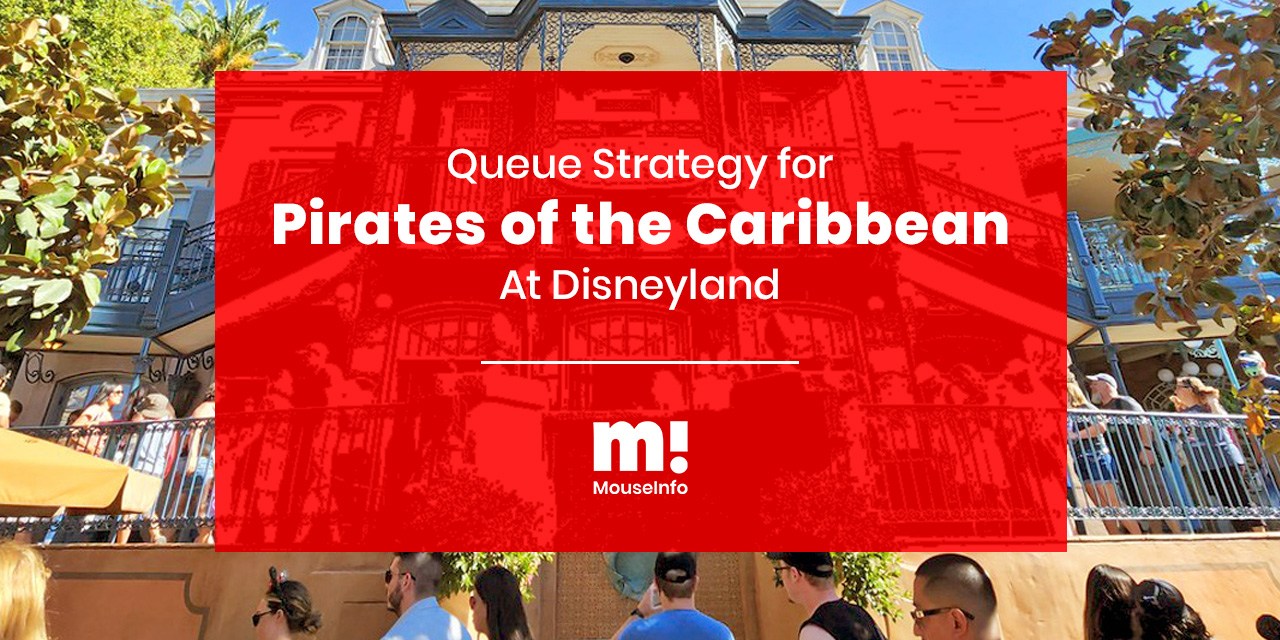 Maximizing your time in line at Disneyland is more an art than it is a science but when the magic is on the clock, precious minutes and seconds help make or break the most ambitious of park plans. With the reopening of Pirates of the Caribbean the Happiest Place on Earth, discerning fans may want to know about optimizations to the queue setup to help maximize that idle time before boarding so we’ve outlined the setup to help you make the best choice.

Of course, as with anything at Disneyland, everything is subject to change! But for now, take a look at the current queue setup for Pirates of the Caribbean.

Left or right at the split? The former wise choice might not apply anymore. Before the attraction closed, when the attraction split into two separate queues, the smart path was to go to the right as it was overall a shorter pathway. Now, however, that calculus may have shifted the odds to go left. Check out our infographic below.

The infographic above outlines how the queue is setup in the courtyard for the attraction. You’ll see that there’s a point where the main queue that stretches through New Orleans Square eventually splits into the two separate queues on the right (yellow and orange).

The third blue path is the accessible / ADA walkway for guests that do not need to remain in their wheelchair / ECV. The left split queue (yellow) is shorter, however, it does have a merge point with the accessible ADA walkway which could impact how long you’re waiting. The former extended queue space near the Treehouse was not in use for opening weekend which could impact wait time further but it has yet to be seen if they do resume using that space.

You can see below the merge point of the accessible ADA walkway and the regular queue. A Cast Member controls the flow of which side goes up the ramp that proceeds into the building.

This small walkway inbetween the treehouse and Pirates was formerly used as extended queue space for the attraction. It’s still TBD if this may return as an overflow area to absorb more guests.

Pirates of the Caribbean at Disneyland is now open.