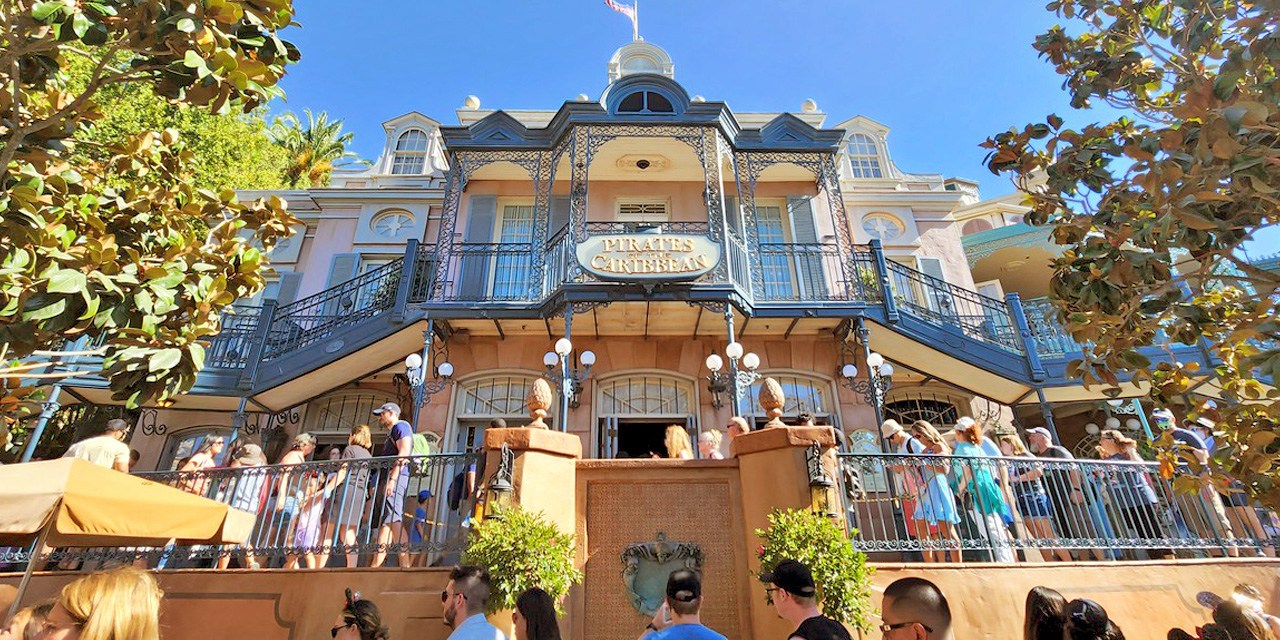 Celebrating a 55th anniversary this year, Pirates of the Caribbean at Disneyland reopened its doors this weekend inviting guests once again to a mythical world where dead men tell no tales. The extensive refurbishment did not substantively change the attraction in a noticeable way, in fact, the most noticeable modifications were made outside of the historic attraction and even those will largely be unnoticed by the average guest.

Join us as we explore the newly reopened Pirates of the Caribbean at Disneyland. ENJOY!

Even though nothing major has changed in the attraction, fans were still clamoring to once again take a visit to the pirate-infested waters of the Caribbean!

Most popular during the first half of the day, the attraction often sees its queue stretch out into New Orleans Square where recent refurbishment projects have widened walkways by shrinking or eliminating planters in the area to create more space.

There was a minor reconfiguring of the queue in the small courtyard area in front of the attraction. You can learn more about this infographic in our posting below.

MORE INFO: Understanding the queue strategy for Disneyland’s Pirates of the Caribbean 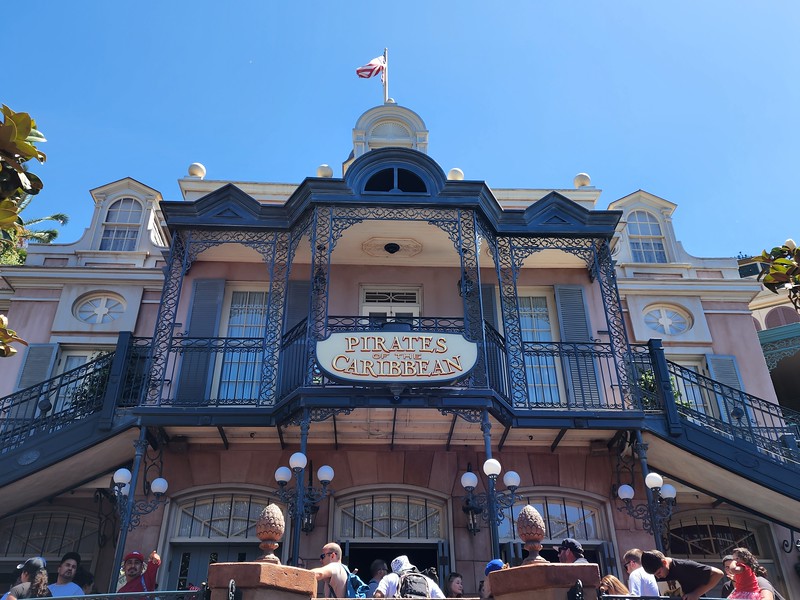 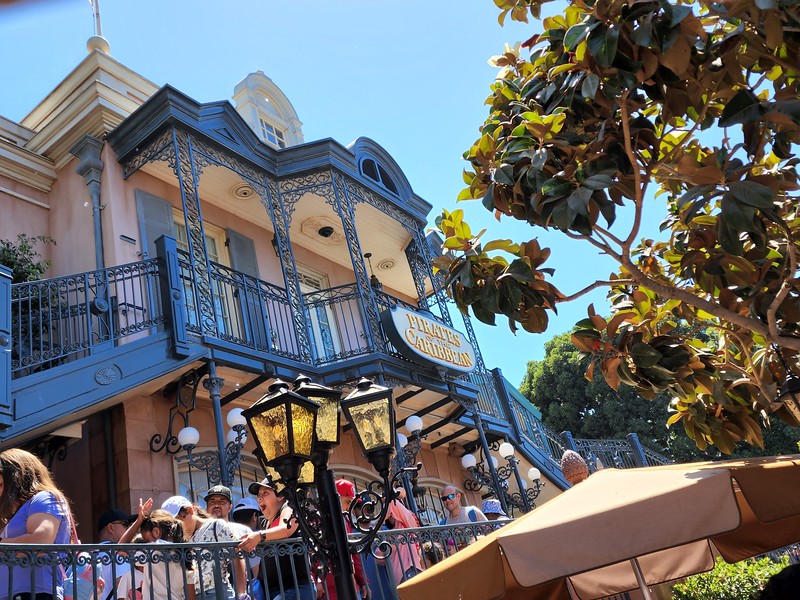 New lampposts also adorn the area to illuminate the pathway at night. 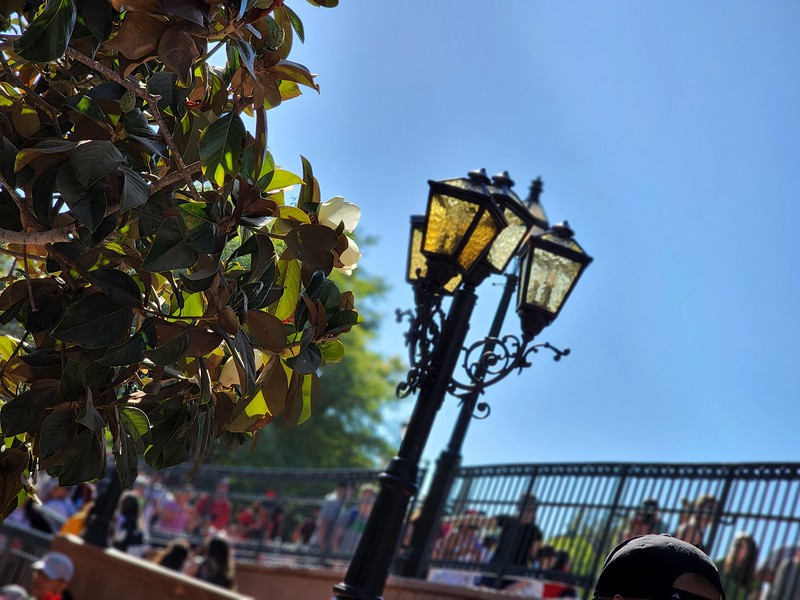 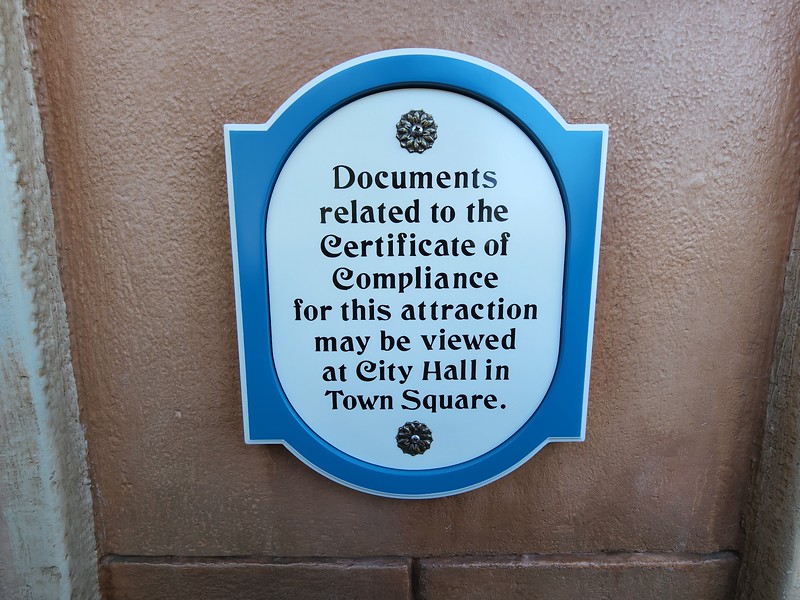 Belay those worries about the rumors of removing Jack Sparrow from the attraction. Your first sign that all is unchanged is literally right at the entrance. 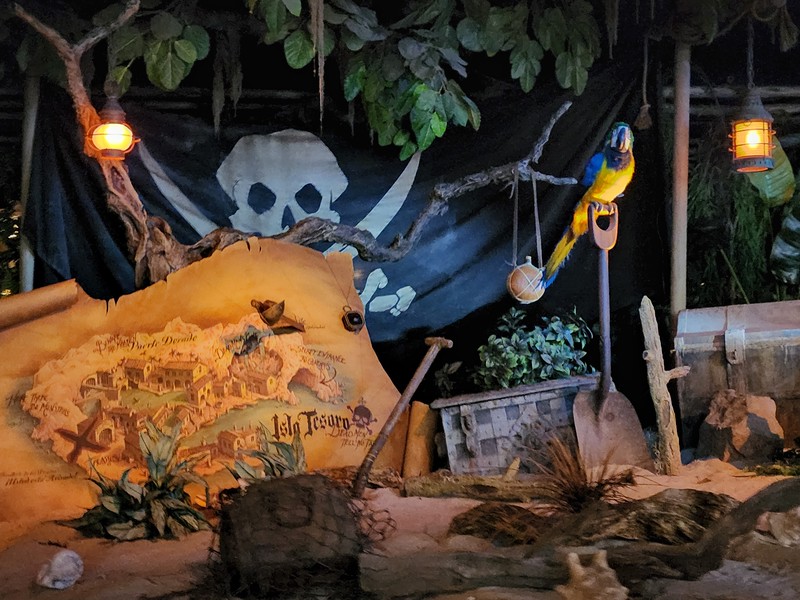 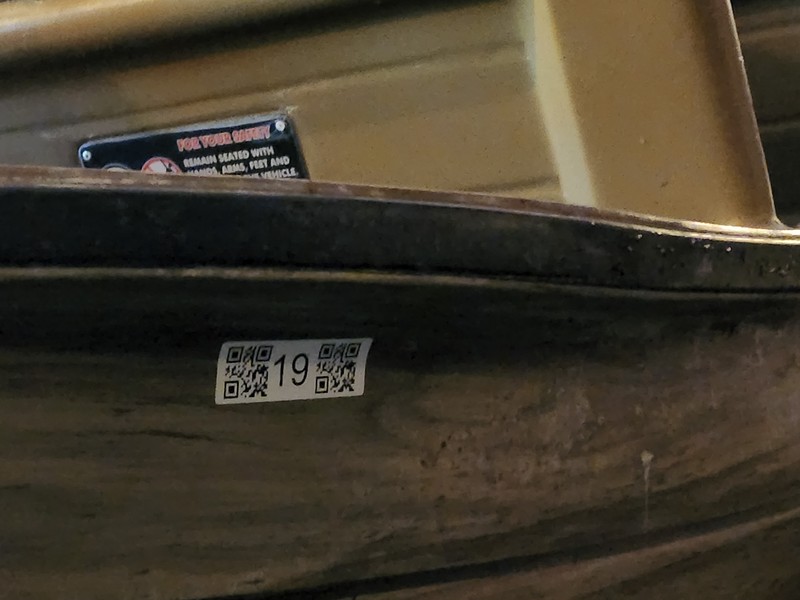 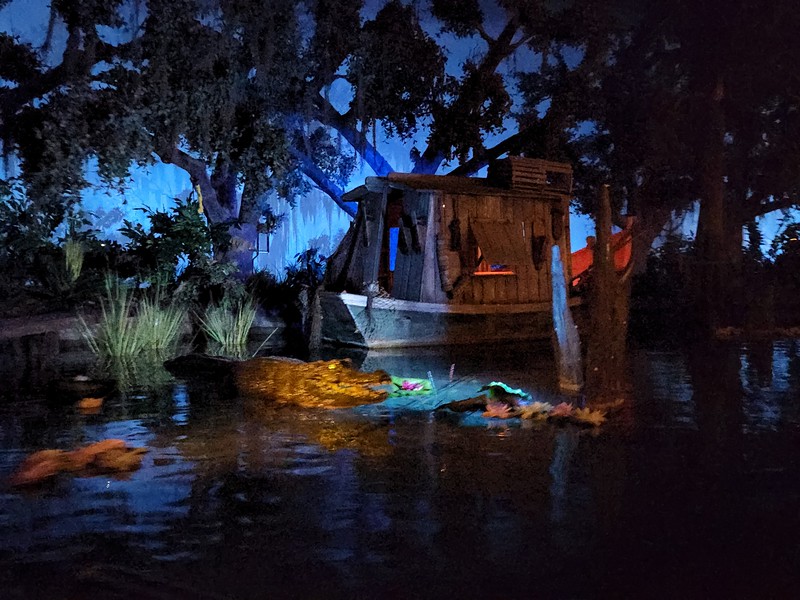 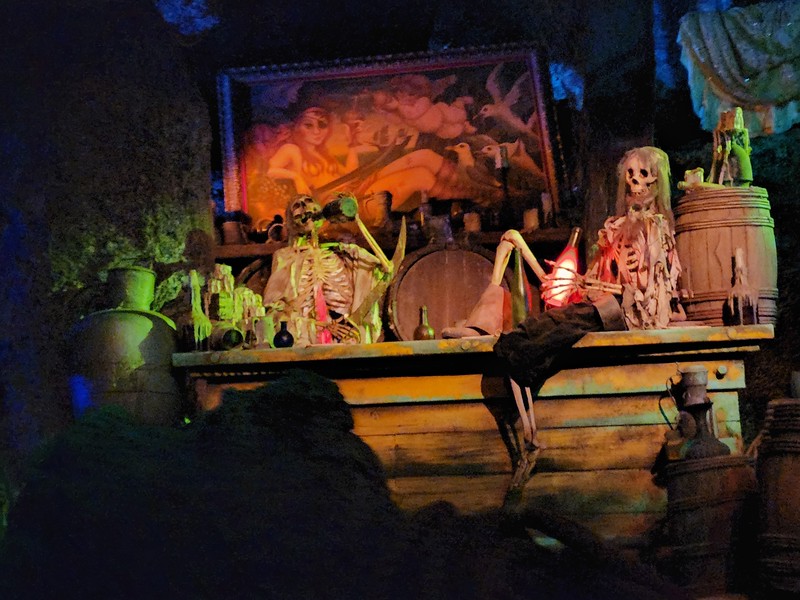 This is the actual chest used in the filming of the first film, PIRATES OF THE CARIBBEAN: THE CURSE OF THE BLACK PEARL. 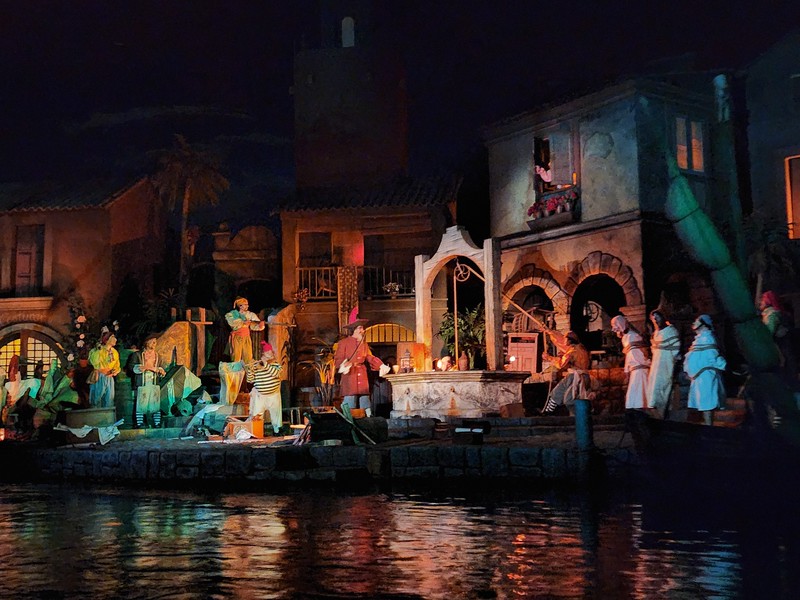 All of our pictures of Jack Sparrow came out too blurry to use but all previous incarnations of the character remain in place throughout the experience including the finale on the lifthill. 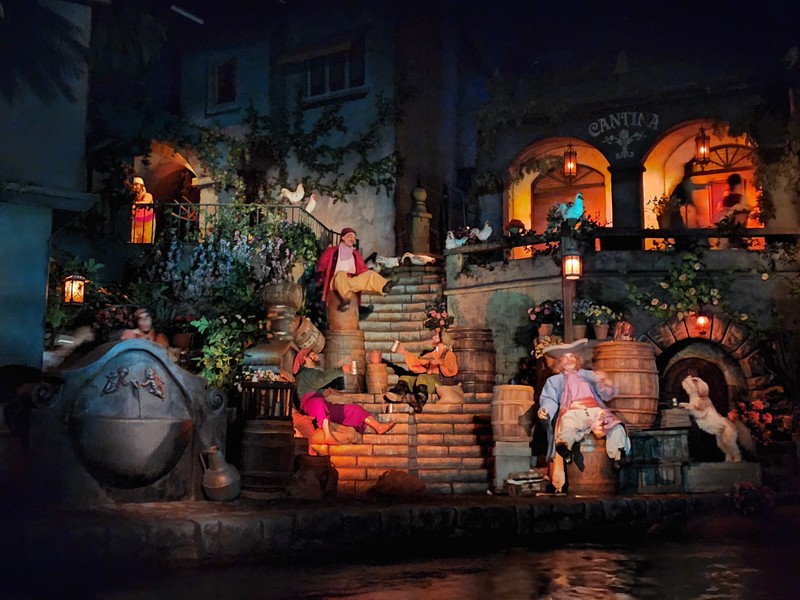 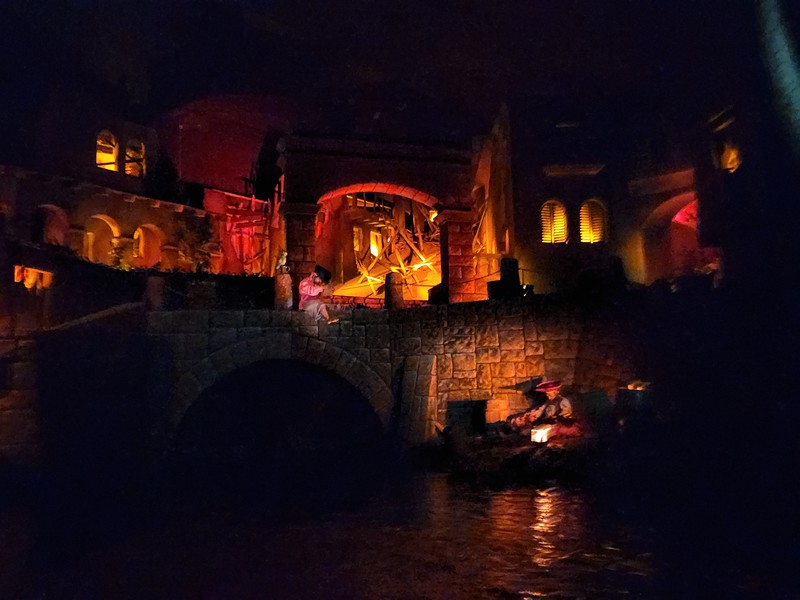 Pirates of the Caribbean at Disneyland is now open. 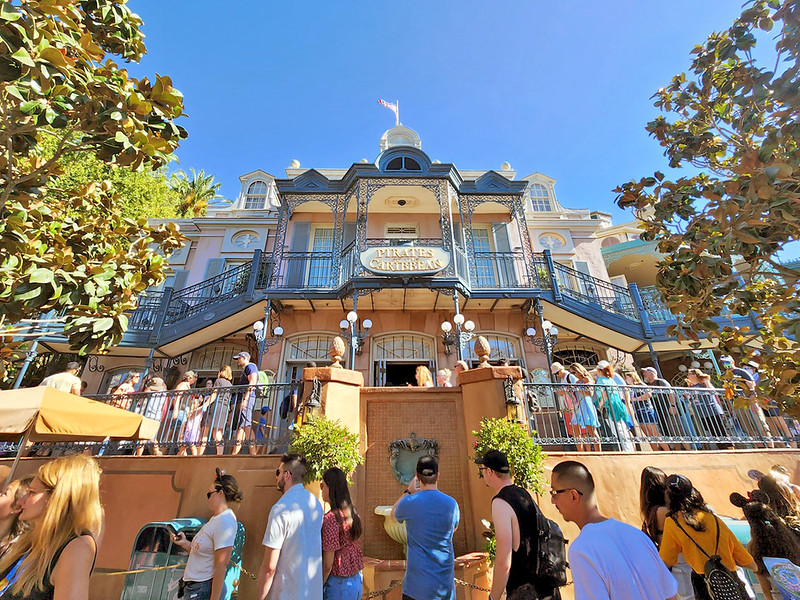