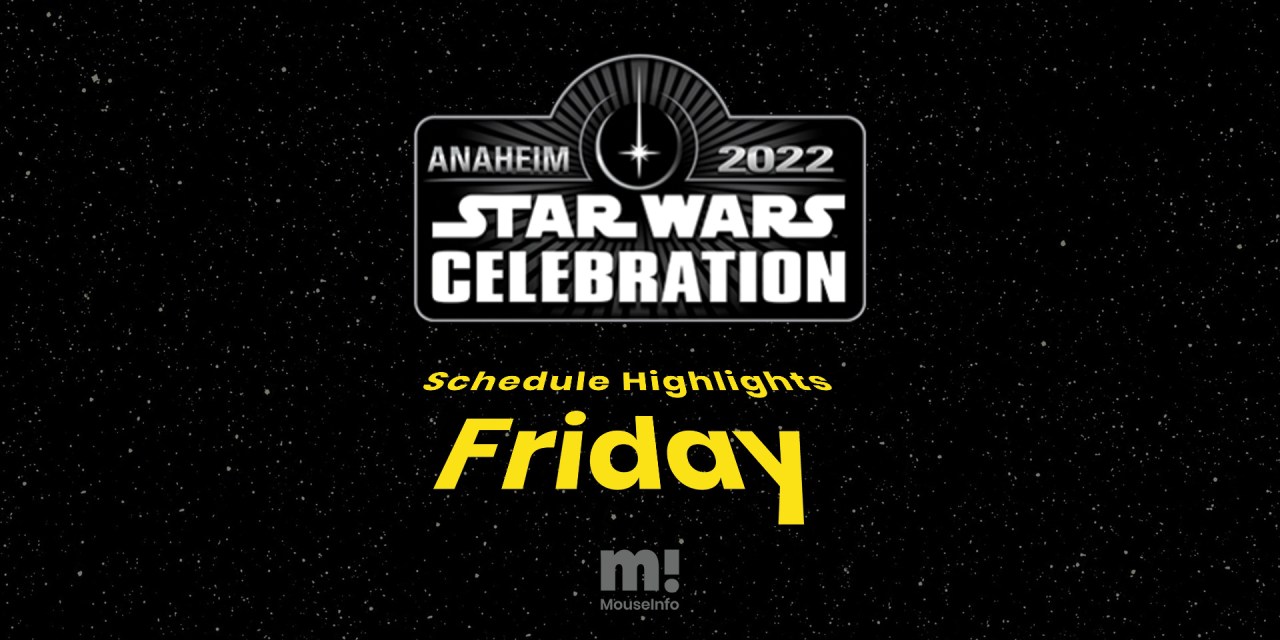 Star Wars Celebration Anaheim 2022 is just around the corner and as we gear up to for a clash of galaxies from near and far we’re taking a look at the full line up for panels, discussions, and more coming up for the historic event! Today, we’re looking at the Star Wars Celebration Anaheim 2022 schedule for Friday, May 27, 2022. Here’s what to expect…

Event Schedule for Friday, May 27

The Summer of LEGO

Join the LEGO Group and Lucasfilm as we celebrate the Summer of LEGO . Panelists from across Consumer Products, Games and Animation will highlight all the ways fans can enjoy and interact with from the unique LEGO lens. Dive into the expansive galaxy within the newly released LEGO ideo game, discover brand-new construction sets that are sure to keep you busy this year and learn about even more ways to get your LEGO fix this summer.

Lucasfilm Publishing: Behind the Page

Explore the world of non-fiction, novelty, and behind-the-scenes books for fans of every age. Featuring details on exciting new and upcoming titles from Abrams, DK, Insight Editions, and more! Including all-new announcements and reveals from a galaxy far, far away!

The shroud of the dark side has fallen! Join us as we celebrate the 20th anniversary of the movie that not only introduced a lightsaber-wielding Yoda, a coming-of-age Anakin Skywalker, and clones, it also ushered in a new era of digital cinema, which two decades later has become an industry standard. Special guests and behind-the-scenes content will be revealed in this can’t-miss commemoration of the 2002 epic.

Discover a galaxy of merchandise celebrating all things Be among the first to get a sneak peek into what new exclusives will be coming from Disney & Lucasfilm. Get an inside look at how the merchandise of Galaxy’s Edge was created, with insights from the Lucasfilm Brand Merchandising & Product Design Team.

Go beyond the spires in Virtual Reality: Making of ILMxLAB’s Tales from the Galaxy’s Edge

Take a look behind the curtains with the creators of Tales from The Galaxy’s Edge, the virtual reality experience that transports you to the outskirts of Black Spire Outpost, lets you visit Seezelslak’s Cantina, and explore the wilds of Batuu.

Join members of the Hasbro & Lucasfilm team as they discuss the popular Hasbro line, including the Black Series and The Vintage Collection. Attendees will get an in-depth look at Hasbro’s latest action figure and premium roleplay offerings from throughout the saga. Word on the Holonet is there may also be a few surprises. May the Force be with you!

From a Galaxy Far, Far Away to a Disney Park Near You

A chronological journey through experiences at Disney Parks around the world, starting with the earliest collaborations between Disney and Lucasfilm, Captain EO and Star Tours, leading all the way through to the newest immersive experiences, : Galaxy’s Edge (Walt Disney World and Disneyland resorts), : Galactic Starcruiser (Walt Disney World Resort) and Hyperspace Lounge (Disney Cruise Line), featuring some of the key team members from Walt Disney Imagineering and Lucasfilm.

35 Years of Adventures with D23

Lightspeed to Endor! Join D23: The Official Disney Fan Club as we celebrate Disney’s original attraction – From the misadventures of Captain Rex (RX-24) to the unexpected new destinations of today, we trace the 35-year journey of this iconic and innovative ride with some of the talented Imagineers and filmmakers who have brought the universe to life in Disney Parks!

The best place to experience the spellbinding stories and colossal conflicts of the galaxy is your nearest table! Join three of Asmodee’s tabletop gaming studios (Atomic Mass Games, Fantasy Flight Games, and Z-Man Games) as they explore the process of making games, reveal behind-the-scenes secrets, and provide a glimpse of upcoming releases. Bring a bag… you may even leave with a few games of your own! Moderated by Asmodee’s Justin Bolger.

Behind the Audiobook: Making an Audio Original Adventure [PRH Audio]

Get the inside scoop on how audiobook originals—including DOCTOR APHRA and TEMPEST RUNNER ()—are brought to life, from conception to recording. Moderated by PRH Audio executive producer Nick Martorelli. 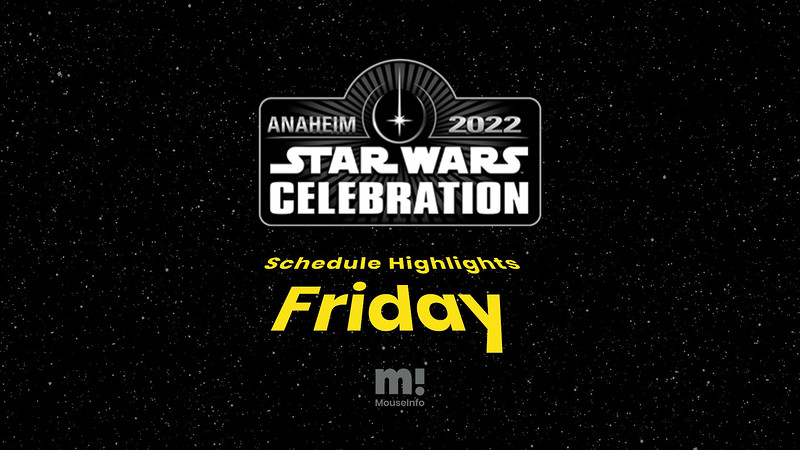