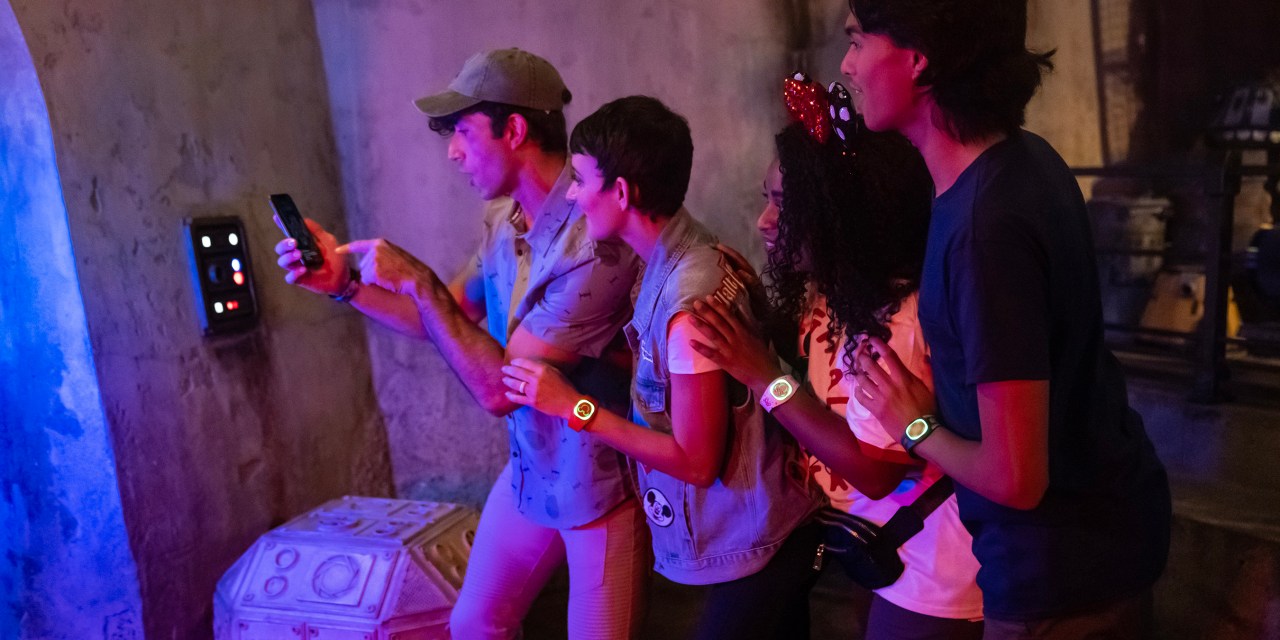 The interactive experiences builds on the “live your own Star Wars story” that was promised for the new land and utilizes the upgrade new MagicBand+ technology. After a guest enters a theme park, MagicBand+ will come alive at various times with color-changing lights, haptic vibrations and gesture recognition, enhancing the environment’s storytelling. Most importantly it will feature in the new adventure in a Galaxy not so far away…

Guests can join the Batuu Bounty Hunters’ Guild in Star Wars: Galaxy’s Edge at Disney’s Hollywood Studios using their MagicBand+ to find numerous virtual bounties hidden throughout Black Spire Outpost. Guests will follow the band’s light patterns and haptics to complete their mission. Then they will return to the local guild master, who will reward them with galactic credits awarded through the existing Play Disney Parks app Datapad experience. The virtual bounty can be seen using built-in augmented reality thermal viewer!

Star Wars: Batuu Bounty Hunters launches soon at Walt Disney World in Star Wars: Galaxy’s Edge at Disney’s Hollywood Studios. The experience has not yet been confirmed for Disneyland Resort.