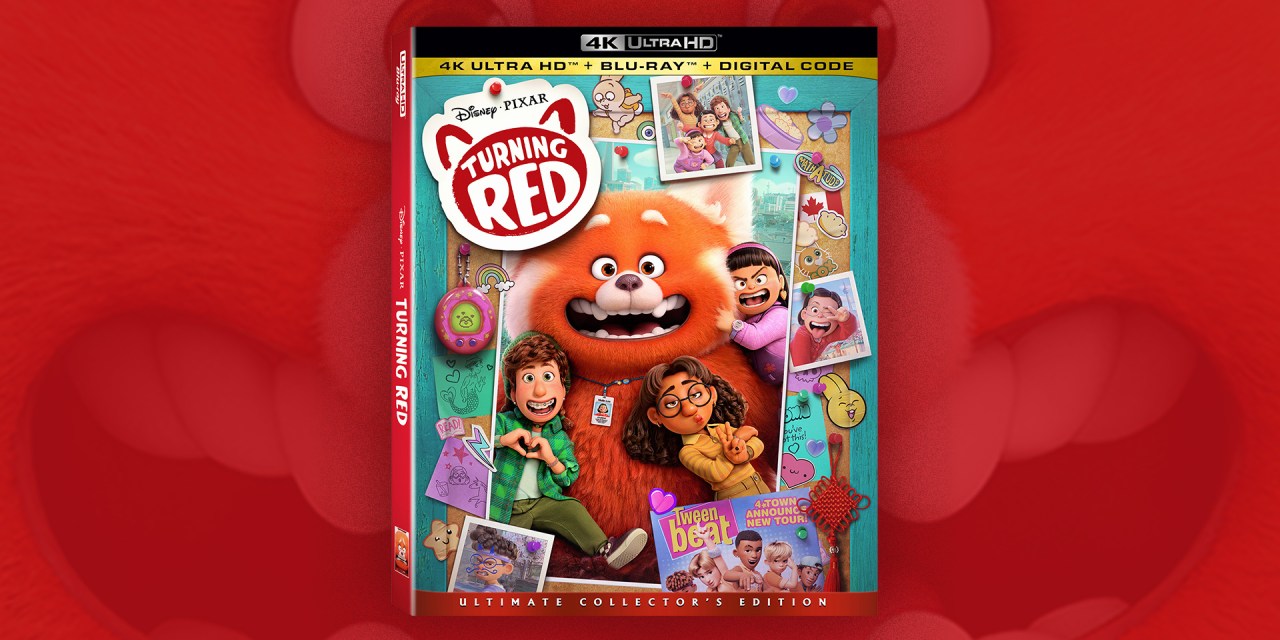 Although it didn’t get to blow up in theaters, TURNING RED still lit the small screen across the world earlier this year and now there’s the chance to get it on digital platforms April 26, 2022 and on 4K Ultra HD, Blu-ray and DVD on May 3, 2022.

Note that bonus features vary by product and retailer.