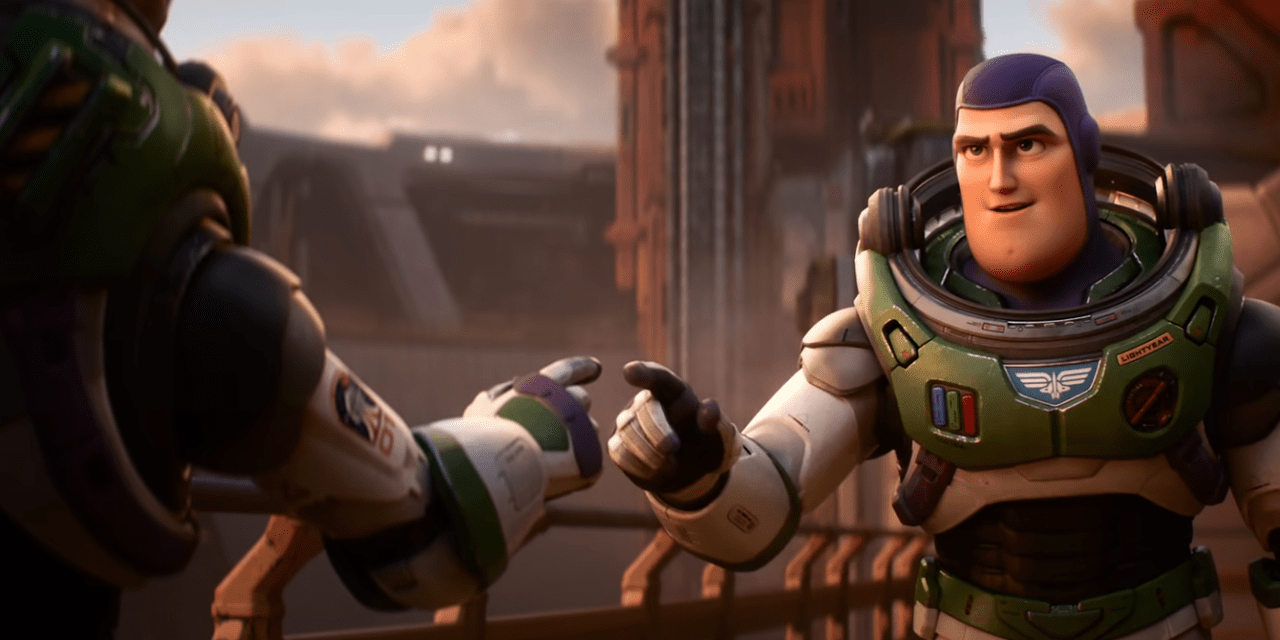 Buzz Lightyear of Star Command is here and he’s ready to fly to… well, you know the story. Or do you? LIGHTYEAR brings to life the interstellar backstory for the ubiquitous Space Ranger and it seems that we can expect it to be absolute Zurg-sized blockbuster.

This image and all others on this page are © Disney. All rights reserved.

We didn’t realize we’d fall in love so quickly. During a recent 30-minute preview, we laughed, we gasped, and we even cried a little. To be honest, we’re fairly certain nobody was actually asking for this story to be told and yet, after having a small taste, we’re absolutely excited to embark on the full journey.

MouseInfo had the chance to hear from some of the Pixar powerhouse team responsible for bringing it all to life including Angus MacLane (Director/Screenwriter), Galyn Susman (Producer), Greg Peltz (Sets Art Director), Jane Yen (Visual Effects Supervisor), and Jeremy Lasky (Director of Photography). They offered a behind-the-scenes glimpse into the making of the film inspired by (and inspired from?) one of the most recognizable toys in the Disney-Pixar arsenal.

With a reported 100-minute runtime, it’s clear that our half hour of footage is not enough to paint a full picture of the story but the house that the lamp built really seems to be firing on all cylinders for this new adventure.

One of the most striking elements are the immediately-recognizable nods to the character and specifically his lines from the previous TOY STORY movies. After all, the premise here is that this film is what inspired the toy that a very industrious Andy got for his birthday in the original 1995 TOY STORY. Eyeroll-inducing at first, the self-aware cheeky tone actually somehow switches instantly to endearing and nostalgic. It’s not a gimmick that’s gonna work for everyone but we ate it up like a bowl of Cheerios on a Saturday morning.

In fact, not to get too meta, a Saturday morning cartoon is actually the idea director Angus MacLane vaguely had envisioned as the origin of the Buzz Lightyear toy that Andy had — a cartoon inspired by a “live-action” film franchise. So without putting too fine a point on WHEN this “original” movie was “released,” we get the sense for the landscape for our hero.

So how do you take a toy and backwards engineer a “real” character from that? The core-defining character trait of Buzz Lightyear is that he works best as a character when he’s a fish of water. So the real Buzz is a strong-willed Space Ranger who find himself at odds with a reality he thought he knew. MacLane furthered the point, “it’s like a Rip Van Winkle trapped in a future he doesn’t recognize, desperately trying to get back to the past to correct the mistake of his youth. A hero out of his own time.”

Producer Galyn Susman shared the importance of getting the casting right for the titular hero. “He needed to have that nice rich sound, able to be both dramatic and comedic. And most importantly, he needed to be heroic without coming off as arrogant or dense.” The team landed on Chris Evans whose warm charismatic charm has been cemented from his portrayal of the ineffable Captain America in the Marvel Cinematic Universe.

Everything you’ll see on screen is familiar yet at the same time distinct. Rewinding the cinematic lens a few decades, LIGHTYEAR springs to life a world of push-button analog sci-fi magic. Set Art Director Greg Pelts shared “a basic rule of thumb in our world is there are no touch screens or cloud sharing… it’s all zip discs and 20lb. CRTs.” The aesthetic is iconic and playful and, as Peltz continued, there’s a “toy-like appeal to the shapes and the deco of the style that fits really well.”

MacLane was clear in wanting something truly stylized and cinematic. Visual Effects Supervisor Jane Yen shared that deliberate intentional design choices with caricatured shapes offset by realistic textures were the foundation for building this world. Director of Photography and Staging Jeremy Lasky expanded on this sharing that form language played a very important role in everything from blocking out shots to designing the characters and sets around them. Careful intentional lighting direction creates a lush richness that is perhaps unlike any seen before in a Pixar film. Buzz’s world is broody and moody with room for the light and bright.

It’s no surprise that Pixar’s done its homework here and everything really seems to be coming into perfect alignment as the film hyperspeeds to its summer launch.

LIGHTYEAR will be Pixar’s first film in theaters since the pandemic and it seems well-poised to be a triumphant return to the big screen. It’s all but guaranteed to journey infinity and beyond at the box office so if you were hoping that the TOY STORY universe might start to fade from the pop cultural zeitgeist, this new Buzz Lightyear biopic will not be helping your cause.