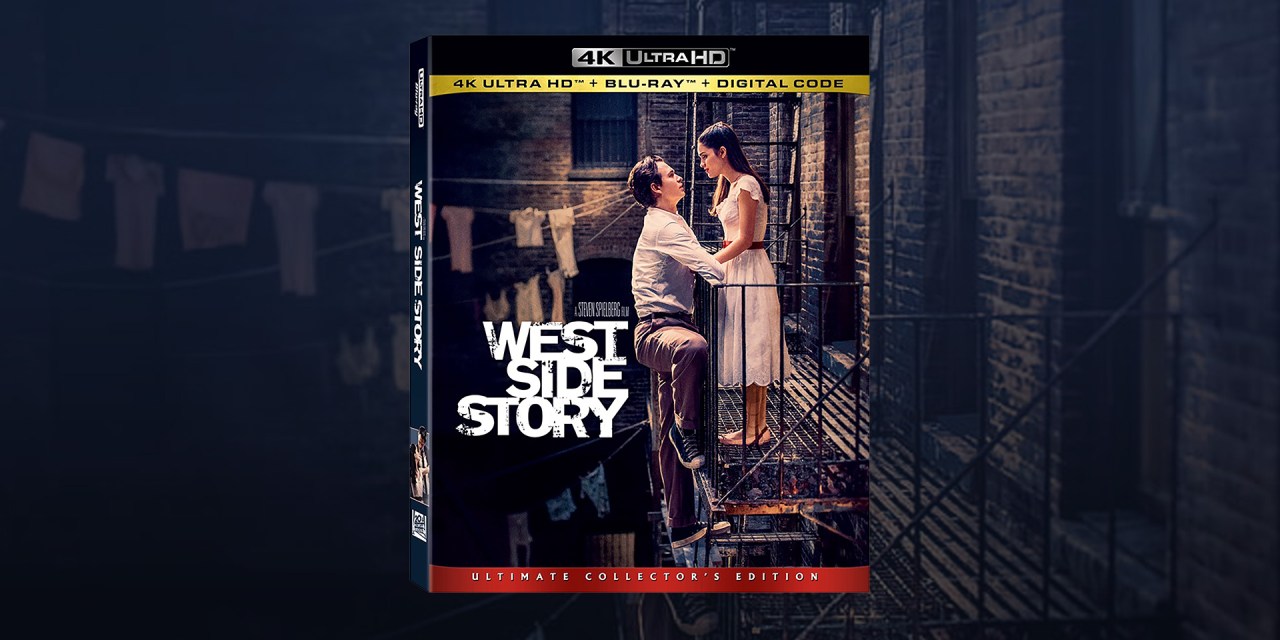 By all accounts a critical success, Steven Spielberg’s adaptation of WEST SIDE STORY is ready to come home. Fans will be able to enjoy the film on Digital (and Disney+) on March 2 and on 4K Ultra HD™, Blu-ray™ and DVD March 15, 2022.

The home release promises a robust selection of in depth featurettes looking into the filmmaking process with cast and crew.

It’s important to note that bonus features vary by product and retailer.

The Stories of West Side Story

Go directly to your favorite musical numbers from WEST SIDE STORY.

WEST SIDE STORY is available on Digital March 2 and 4K Ultra HD™, Blu-ray™ and DVD March 15.

The film is available on Disney+ starting March 2.

FINDING DORY in the big blue world with new poster