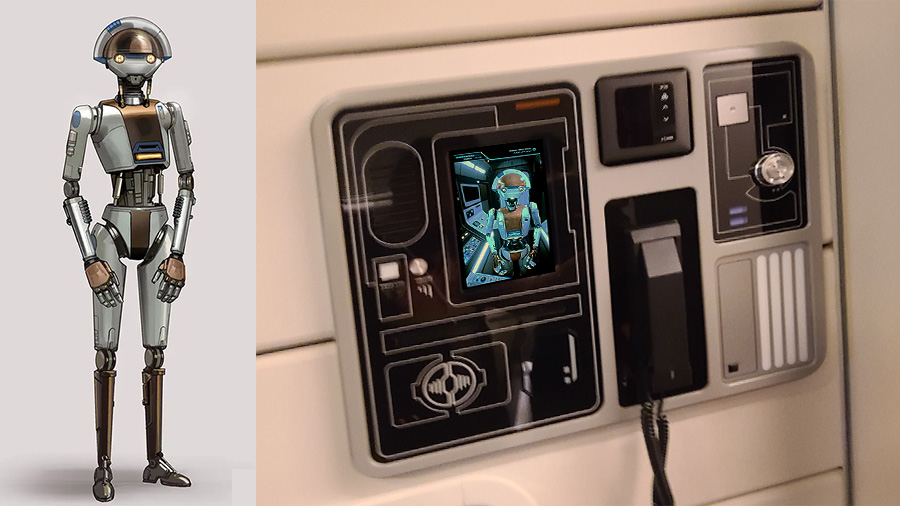 Late last year, Walt Disney World announced that its resort hotels would be adding AI-driven connected smart devices that will offer guests a range of opportunities to enrich their stay. While onboard the Star Wars: Galactic Starcruiser, guests will get a first sneak of this technology with a “Play Test” currently on-going in the ship. We played around really briefly with the tech and have the video below of the experience.

Guests aboard the Star Wars: Galactic Starcruiser can activate the D3-O9 Logistics Droid interactive character in their cabins by pressing the “Droid Link” button on a comms console adjacent to the media display console. If you’ve ever used a Google Nest or Amazon Alexa-equipped device then you’ll understand what you can get from your interaction but add that Disney twist!

Once activated, D3-O9 can have real-time conversations about your on-board adventures, receive feedback about what you’ve seen, and encourage new activities or itinerary items for your trip. You can listen to our quick convo with her above where she recognized us as new guests and very quickly got to encouraging us to investigate unusual cargo in the form of Diagnoga eggs!

With any sort of listening device, there’s always the concern of privacy and audio being recorded. When active, D3-O9 experience DOES record sounds detected within a cabin — this could include your voice or the voices of others in the cabin. D3-O9 will deactivate if you press the “Droid Link” button again or eventually on her own after a period of non-use. However, if this is a bridge too far for your comfort and you prefer completely disable the D3-O9 experience in your cabin, this can be done by contacting Passenger Services. 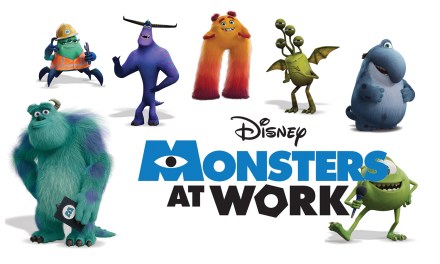 PICTORIAL: Back to Batuu, Soarin’, and Disneyland Forever plus Emotional Whirlwind, Pixar Pals and more!