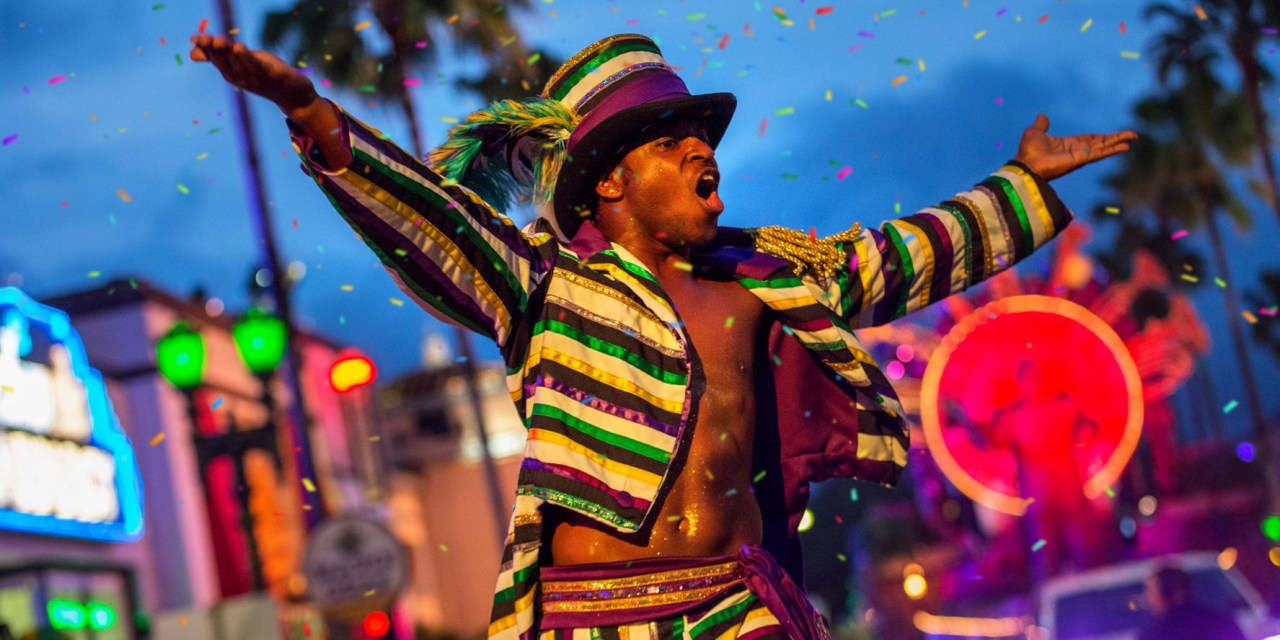 Universal’s Mardi Gras 2022 kicks off Saturday, February 5, 2022 with a return of fan-favorite concert series featuring Diana Ross, Khalid, Marshmello and more. Plus the popular food fest returns along with a whole roster of entertainment.

All concerts will take place at the Music Plaza stage – an electrifying outdoor venue inspired by the iconic Hollywood Bowl, set against the backdrop of the towering Hollywood Rip Ride Rockit roller coaster. Plus, brass bands straight from Bourbon Street will perform daily throughout the park, bringing the soulful sounds of New Orleans to the heart of Universal Studios.

Here’s the full line up:

Universal’s award-winning chefs will spice up this year’s Mardi Gras celebration with an array of delicious culinary delicacies inspired by various locations around the globe.

Guests can take home a piece of Florida’s Biggest Party at the Mardi Gras Tribute Store, returning this year with an all-new theme, Float Factory Warehouse.

For more information and to book special offers, visit www.UniversalOrlando.com.