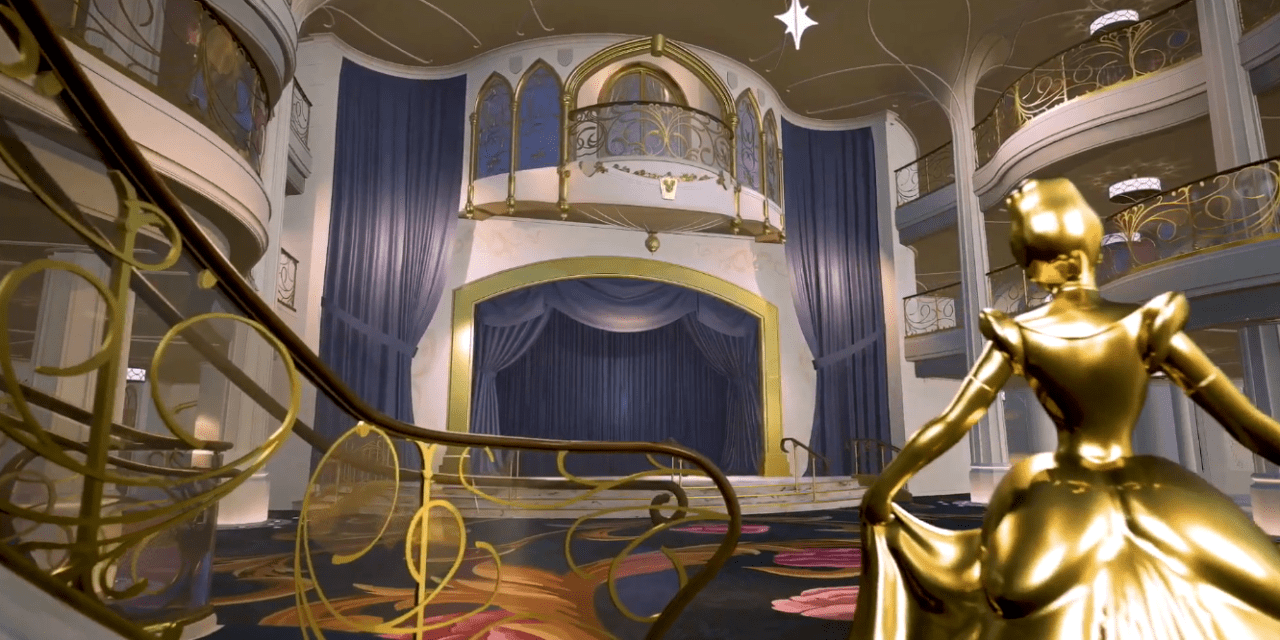 Disney Cruise Line today unleashed a flurry of announcements for its upcoming ship, the Disney Wish including details on the loads of entertainment options that will be available on board. From immersive new show spaces to classic productions of Disney favorites, there’s a lot to take in while on board.

A hallmark of the Disney Cruise Line experience is the unparalleled roster of original Broadway-style stage shows developed exclusively for the fleet by world-class creative teams. These dazzling shows will be presented in the Walt Disney Theatre, an elegant 1,274-seat show palace that spans three decks with orchestra and balcony seating.

On the Disney Wish, the design of the Walt Disney Theatre will evoke an enchanted forest, imbuing the atmosphere with a sense of magic inspired by scenes from Walt Disney Animation Studios’ legendary film “Fantasia.” The theater will be equipped with state-of the-art technology, including the most robust projection mapping capabilities of any Disney ship and a Dolby Atmos 3D audio system — a first for the cruise industry — to create a transformative theatrical experience rivaling anything on land or at sea.

The Disney Wish will premiere two brand-new, original stage shows in the Walt Disney Theatre. More details will be announced at a later date. 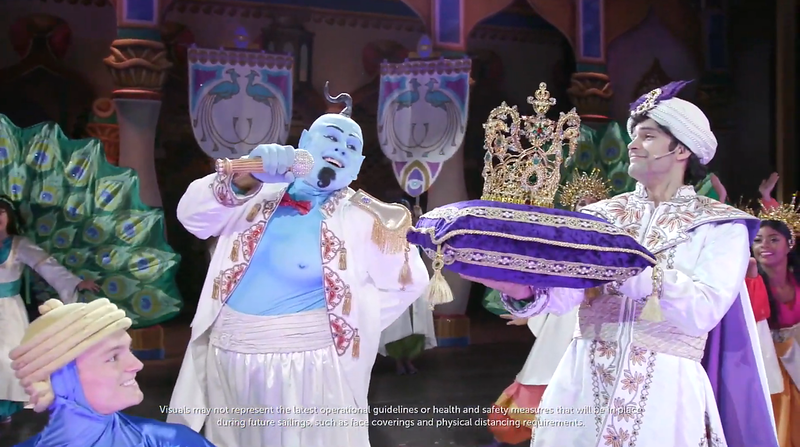 As part of its line-up of theatrical productions, the Disney Wish will feature a reimagined adaptation of “Disney’s Aladdin – A Musical Spectacular,” a guest-favorite show from across the fleet. This fast-paced musical comedy is based on the classic Disney Animation tale of “street rat” Aladdin meeting the wise-cracking Genie, battling the evil Jafar and falling in love with Princess Jasmine.

Iconic scenes and songs from the movie will be re-created on stage, including a lively, Las Vegas-style rendition of “Friend Like Me” and a breathtaking performance of “A Whole New World” atop a flying magic carpet. Grammy Award-winning composer Alan Menken created an original song for Disney Cruise Line entitled “To Be Free,” a solo performance for Jasmine.

Disney Cruise Line is combining innovative design and technology to create the next generation of family entertainment venues on board the Disney Wish. These imaginative environments will surround guests in storytelling in all-new ways, putting them front and center as they play a part in the magic. 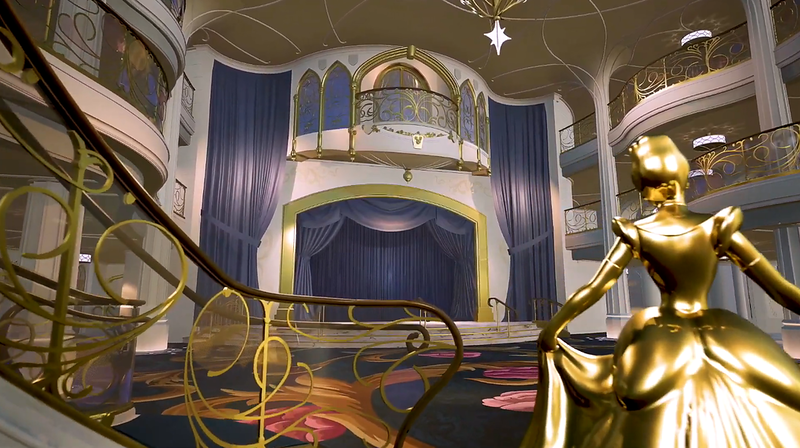 The fairytale castle-inspired Grand Hall will sparkle and shimmer with enchantment as it evolves from an elegant atrium into an environmental theater with the help of a hidden layer of special effects and the first-ever atrium stage on board a Disney ship. From the ornate stage to the grand staircase to the starry chandelier above, dedicated shows and interactive entertainment will come to life all around guests in this magical new venue.

If the Grand Hall is the castle of the Disney Wish, Luna is the town square: an event gathering place that evokes the warmth and enchantment of classic Disney stories. This brand-new entertainment hub will transition from a daytime setting for family fun into an elegant evening venue for adult-exclusive entertainment, offering a variety of live shows and interactive programming throughout the day and night.

Featuring a celestial design inspired by the Disney and Pixar short “La Luna,” the venue will be outfitted with a two-story LED screen wall, stylish stage, full-service bar and spacious seating – creating an energetic atmosphere on the lower level that will buzz with community and life. The balcony will offer a more intimate setting for enjoying the festivities in small groups, with secluded seating in semi-private booths.

Introducing a completely new category of active family play to the Disney Cruise Line portfolio, Hero Zone is a futuristic sports arena where physical activity will blend with imagination, alternating between an elaborate family obstacle course and a free-play sports hub.

Here, families will take on action-packed physical challenges themed to some of Disney’s most incredible heroes during over-the-top, game show-style competitions. Balcony viewing space will be available for other guests to watch, cheer and admire the fearless feats performed during the epic games.

The Disney Wish will elevate the onboard cinematic experience with two intimate screening rooms steeped in Disney storytelling. These boutique cinemas will be the first in the cruise industry to offer Dolby Atmos 3D audio technology for the most immersive movie-going experience on the high seas.

At 84 and 86 seats respectively, the Wonderland and Never Land cinemas offer guests more options than ever before to watch classic and first-run films from Disney, Pixar, Marvel, Lucasfilm and more.

Inspired by the fantastical world of “Alice in Wonderland,” with nods to the otherworldly creatures and distinctive characters who inhabit the ever-curiouser Tulgey Wood. The woodland motif will continue into the ceiling to create the feeling that guests are peering up through the enchanted tree canopy above.

Inspired by Peter Pan’s flight from London to Never Land, sweeping guests up in their own flight of fantasy, past the second star to the right and straight into the magical world of movies. As guests revisit iconic scenes such as Skull Rock and Mermaid Lagoon, the venue’s night-sky color palette will light up with the flutter of Tinker Bell’s wings.

Outdoor Entertainment on the Upper Deck

Up on deck, the family pool district of the Disney Wish will double as an entertainment venue. With a poolside stage and a jumbo LED screen, guests will enjoy a variety of entertainment ranging from movies and live sporting events to brand-new deck parties and nighttime fireworks spectaculars developed exclusively for this ship. More information on these new experiences will be announced at a later date. 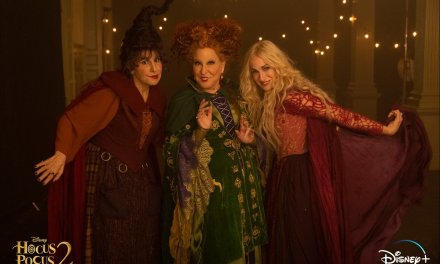 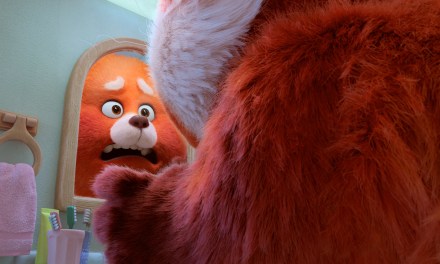 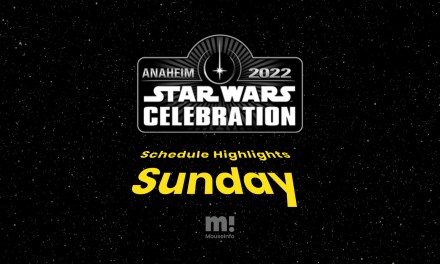