A few months ago, The Walt Disney Company shared progressive 2030 environmental goals which included plans to continue utilizing solar power. Today, they shared some of the detailed steps already in progress towards reducing their carbon footprint at global parks and resorts.

Soaking up the California sunshine, atop the Radiator Springs Racers attraction sits 1,400 solar panels that help power the magic at Disneyland Resort.

Disneyland Paris is setting the standard for solar energy in Europe – working on one of the largest solar canopy plants in collaboration with Urbasolar. These solar canopies will provide practical and innovative use of 67,500 solar panels sitting atop an outdoor guest parking lot providing dual purpose as shelter for 9,500 guest vehicles. The plant will produce 31 gigawatt-hours of energy per year and provide enough renewable clean energy to power 17% of the resort.

The site is already home to the single largest solar panel site in Hong Kong. Across 20 attractions and buildings, the park has installed over 5,000 solar panels – reaching approximately 2.2 million kWh, the same amount of energy generated by 544 three-person Hong Kong households for one year.

Disney Cruise Line5-acre solar facility is close to completion at Castaway Cay in The Bahamas. This facility includes 4,320 solar panels and will generate approximately 70% of the island’s power. Greenhouse gas emissions will also be reduced by 3,000 metric tons of carbon dioxide per year.

In total, it’s all an impressive amount of movement towards environmental stewardship. To learn more about Disney’s committments beyond solar, check out our further reporting below. 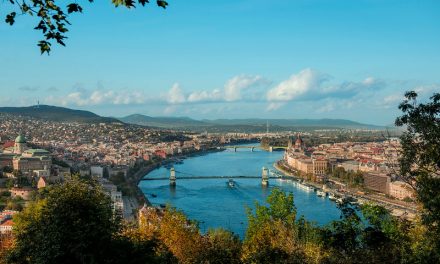