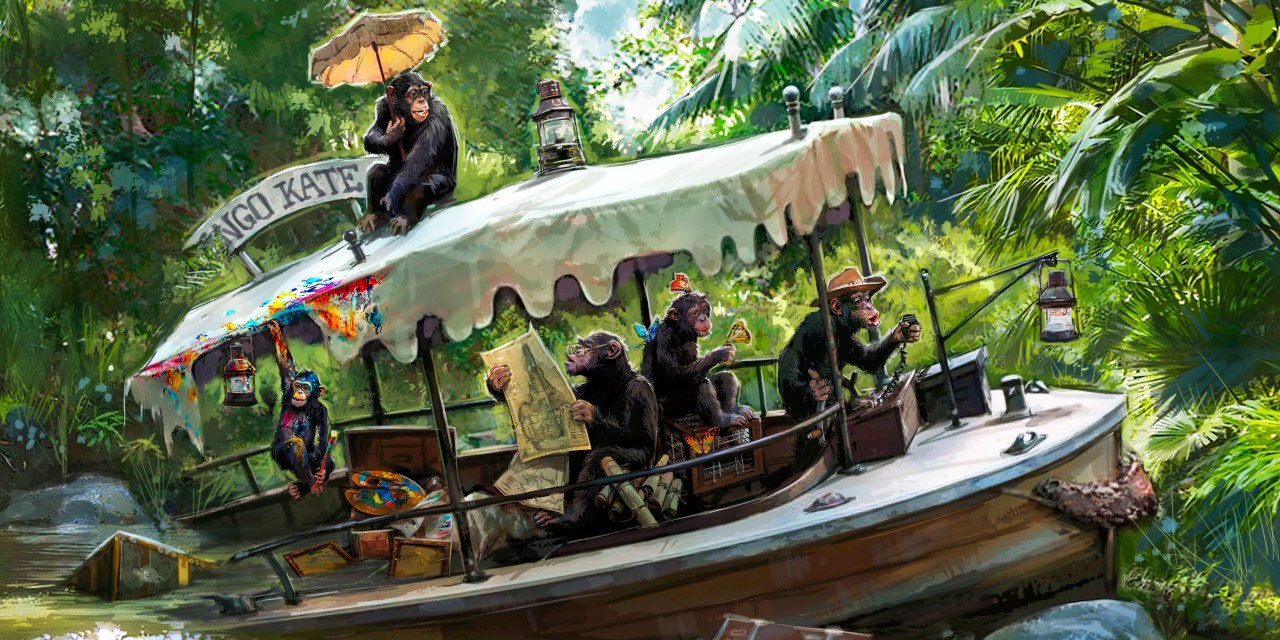 Following in step with changes announced last year for Splash Mountain, Disney announced today via the D23 official website that the JUNGLE CRUISE attraction at both Disneyland park and Magic Kingdom park in Walt Disney World will be getting enhancements.

Aside from updated show scenes, the attraction refresh will be integrated with a new continuous story that incorporates new characters. The changes will also create a consistent story on both coasts. While differences will remain, the new additions will unify both US versions.

Not shying away from the proverbial elephant in the room, Disney addresses outright that cultural insensitivity in the current attraction is absolutely part of the reason for the need to update the attraction. Part of the statement follows below:

We want to make sure everybody has the best time—that guests from all over the world can connect with the stories we share and that how we bring those to life are respectful of the diverse world we live in… When you look at the Jungle Cruise, as it is today, there are just a couple of scenes that don’t do that and needed a refresh. [In particular] we’re addressing the negative depictions of “natives.”

Walt Disney Imagineering Creative Portfolio Executive Chris Beatty shared several details exclusively with Disney D23 about what changes are coming. Below is a recap of the exciting tidbits that were shared!

The number one question many Disney Parks fans will have is about how heavy the attraction will lean into the upcoming film. To quote Beatty, “integrating the film into our classic Jungle Cruise is not part of this effort.” That doesn’t mean Easter Eggs to the film won’t be spotted along the way but Beatty re-emphasized specifically: “We are not adding a major storyline or character from that film.”

The Jungle Cruise skippers have always been the heart of the attraction and with the updates they’ll make an even bigger part of the story. Although the attraction is getting a narrative shift, a lot of the classic jokes that make the attraction such a fun and repeatable journey will remain.

A New Point In the End 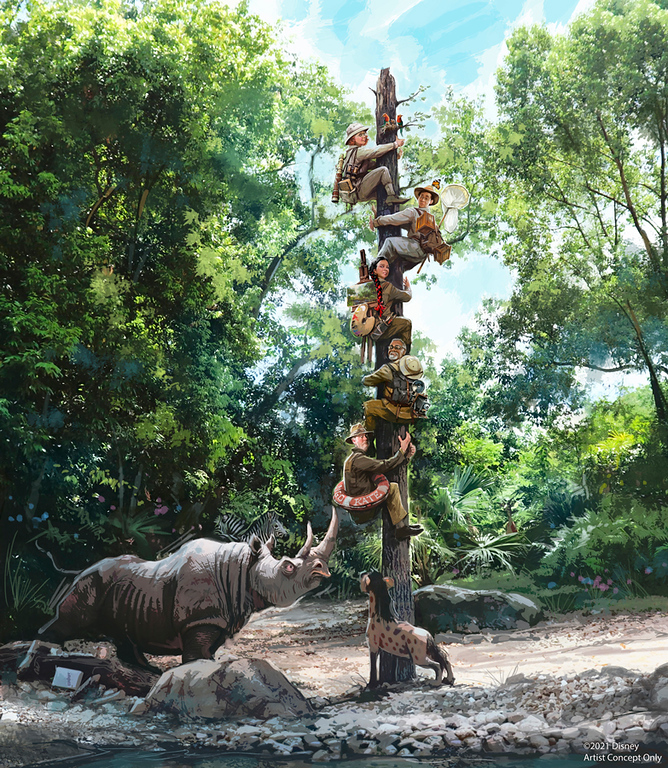 The iconic rhinoceros scene is being imagined as the new starting off point for the story. The four explorers will be given more specific backstories and cultural heritage. A birdwatcher, an entomologist, a wildlife painter, a photographer and a new figure… a Jungle Cruise Skipper who has also been chased up the pole!

Another new element added to this scene is a breached Jungle Cruise boat (we’re looking at you, Magic Kingdom) sitting along the shore that has since been  overtaken by a family of chimpanzees — an animal breed that will be new to the attraction!

In Jungle Cruise fashion there are visual gags galore. One chimp wears the skipper’s hat and is on the microphone; the mother chimp has opened up all the maps; a little chimp has gotten into the wildlife painter’s supplies; pure chaos has ensued!

Every Disney effort is reliant on a large team of people to bring it to life. Below are some of the key Cast Members. 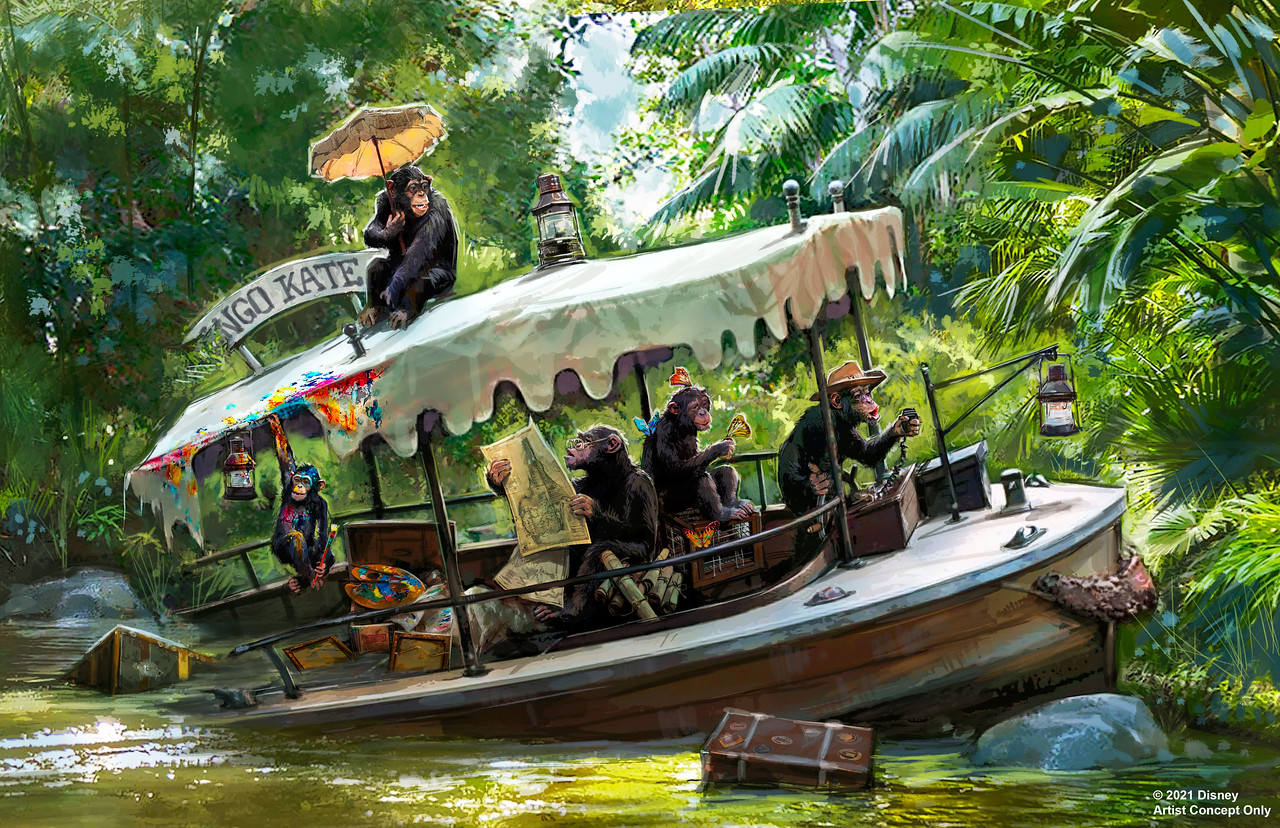 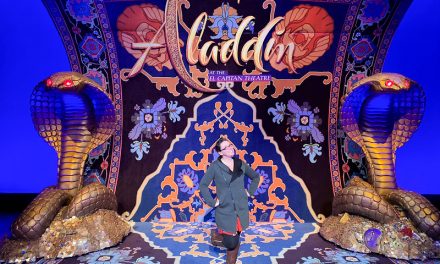 REVIEW: A whole new world of wonder has landed for ALADDIN at El Capitan Theatre!