Although Disneyland is closed, previous refurbishments and projects are still moving along not the least of which is Snow White’s Enchanted Wish. The massive refurbishment of the classic opening-day Disneyland attraction updates effects and features and creates a cheerier look at the previously “Scary Adventures.”

Imagineers have updated everything from inside and out. With state-of-the-art audio and visual technology plus new music, LED black lighting, laser projections and a new animation system, the attraction brings to life Snow White’s story like never before with a focus on her “happily ever after.”

New highlights to expect include:

Below are some stills and screengrabs of what to expect when the attraction reopens! 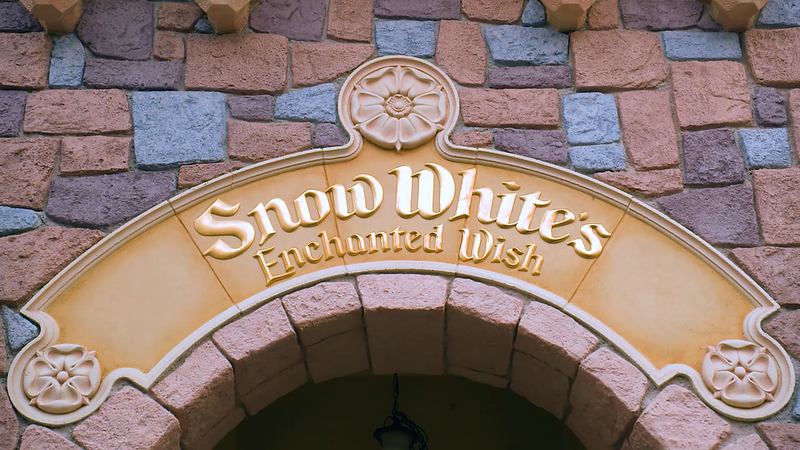 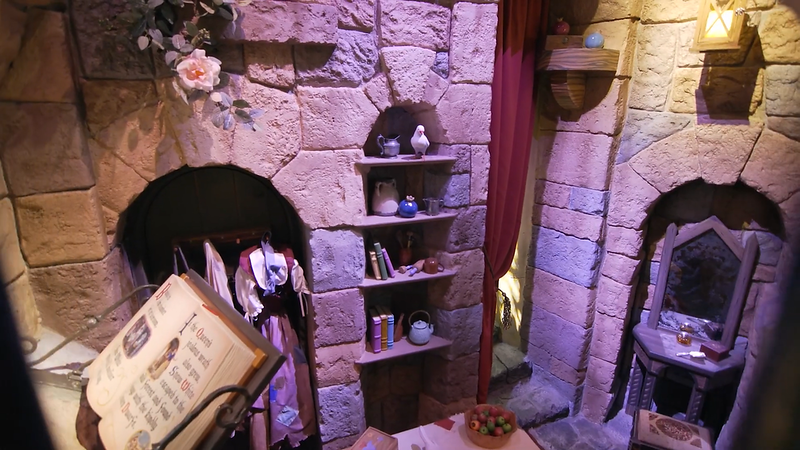 The Evil Queen dungeon lair seems to have been transformed into a storage closet for Snow White. 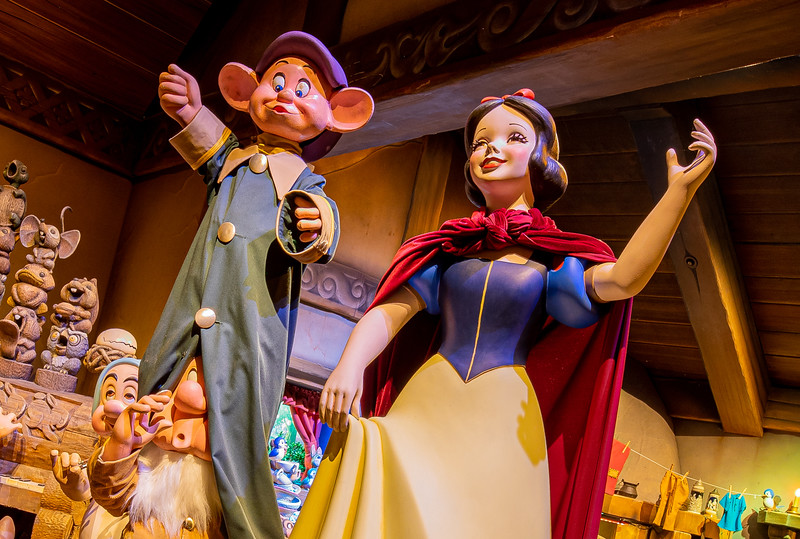 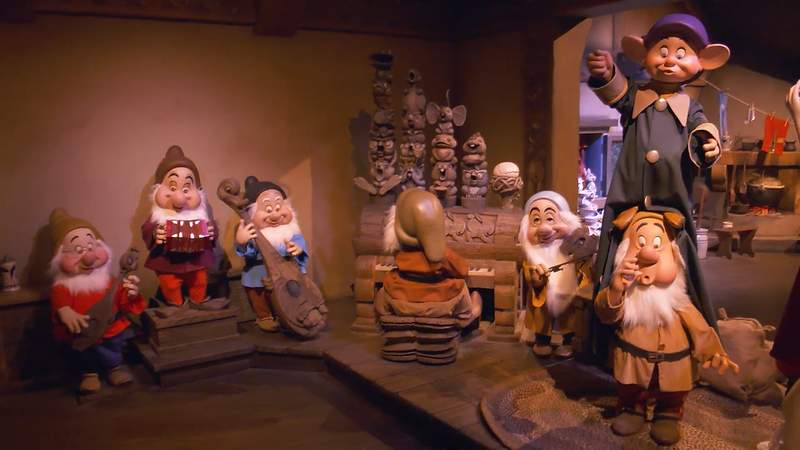 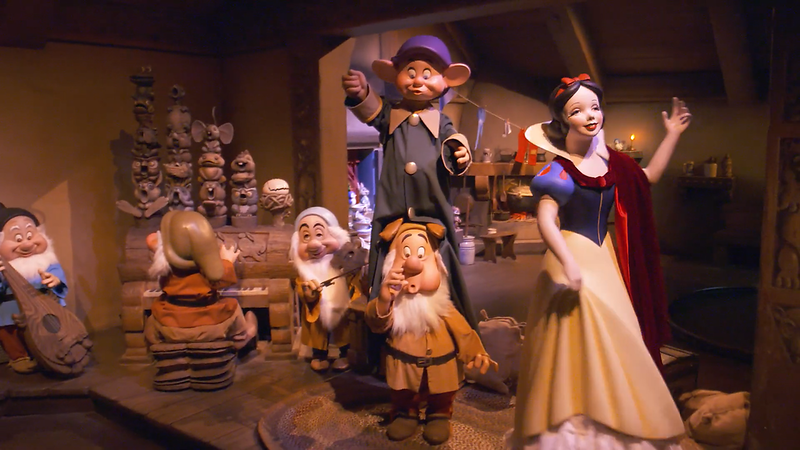 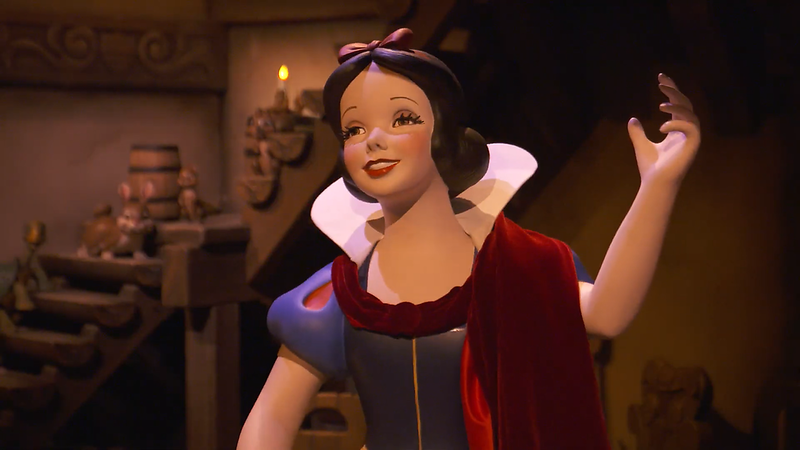 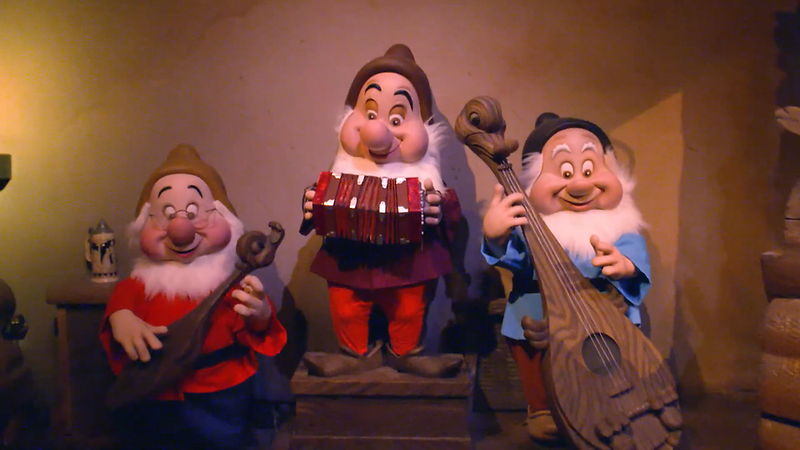 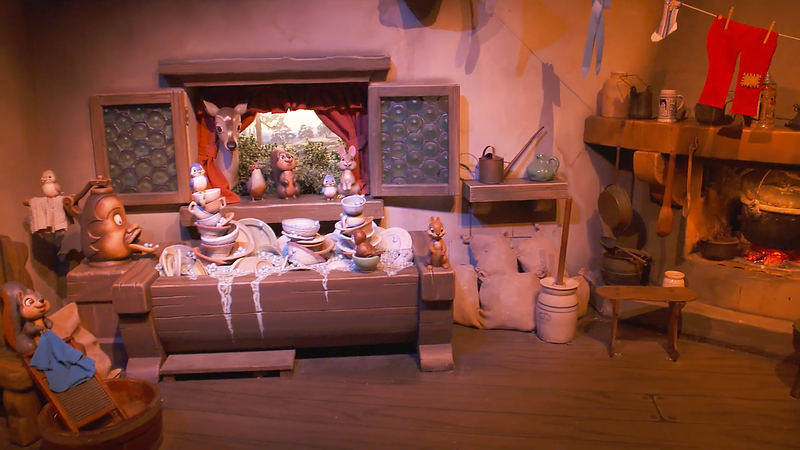 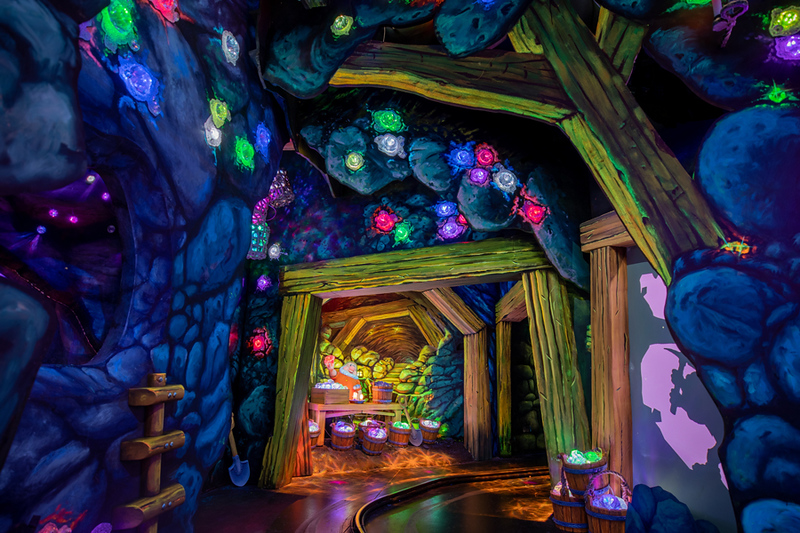 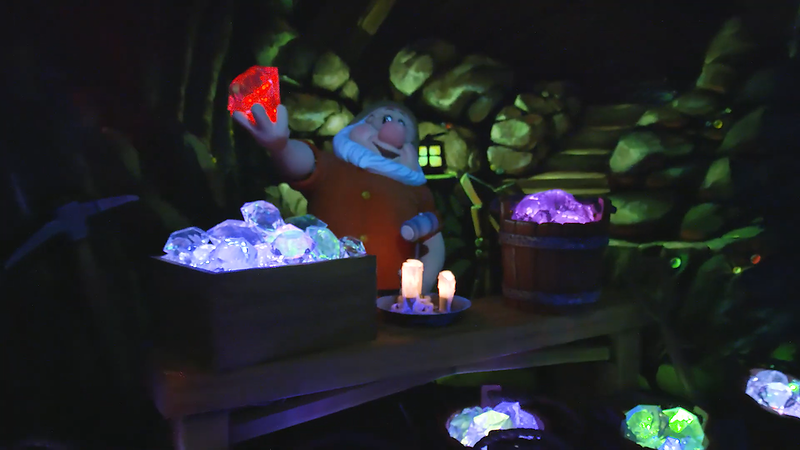 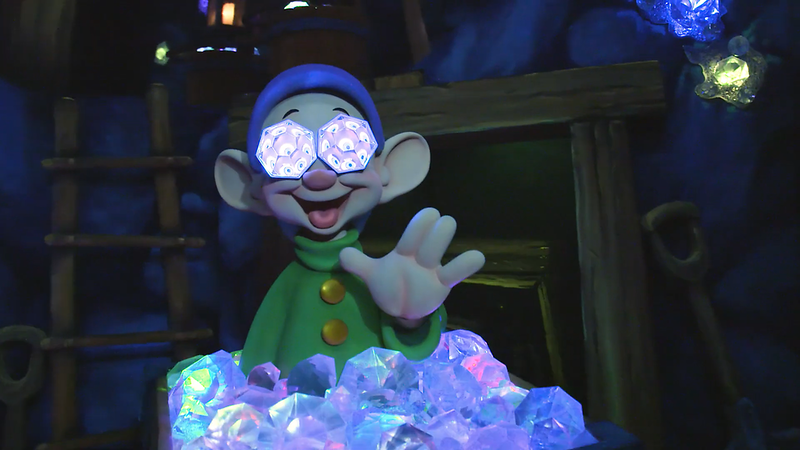 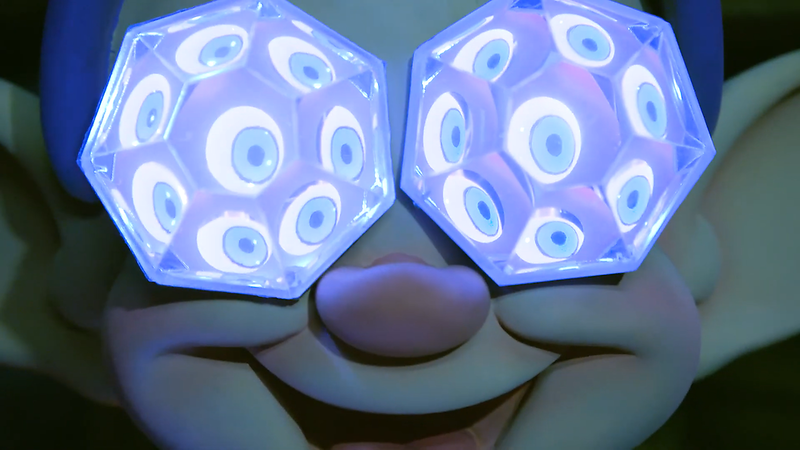 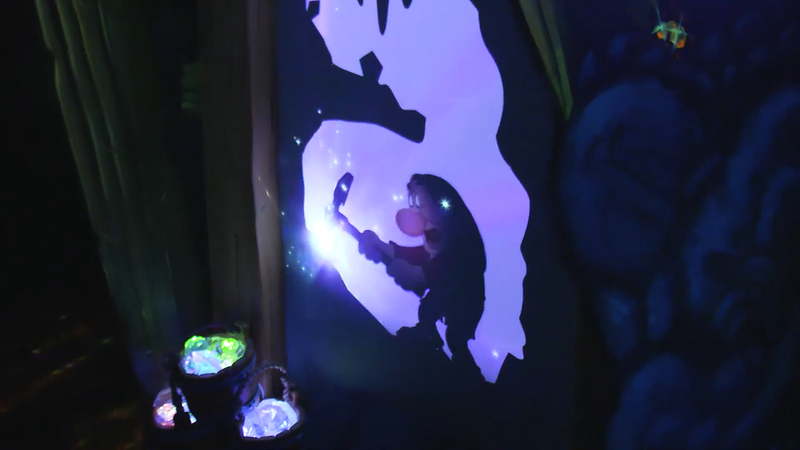 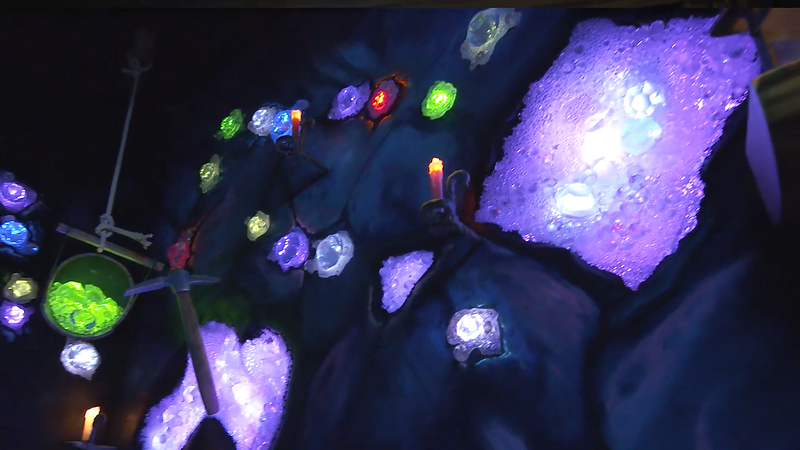 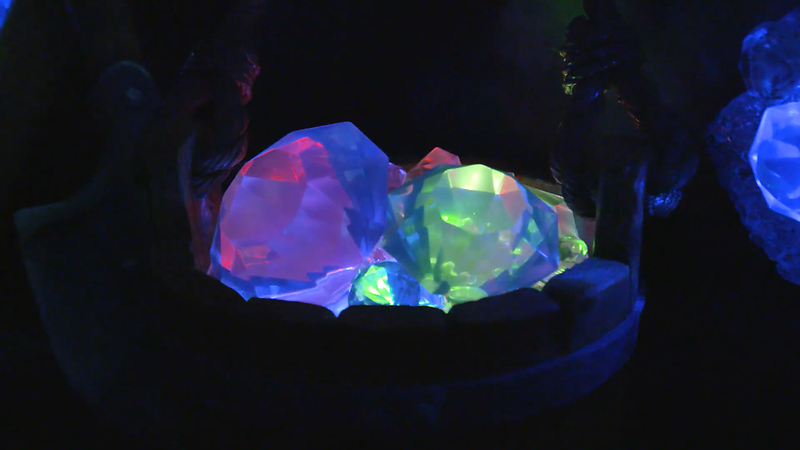 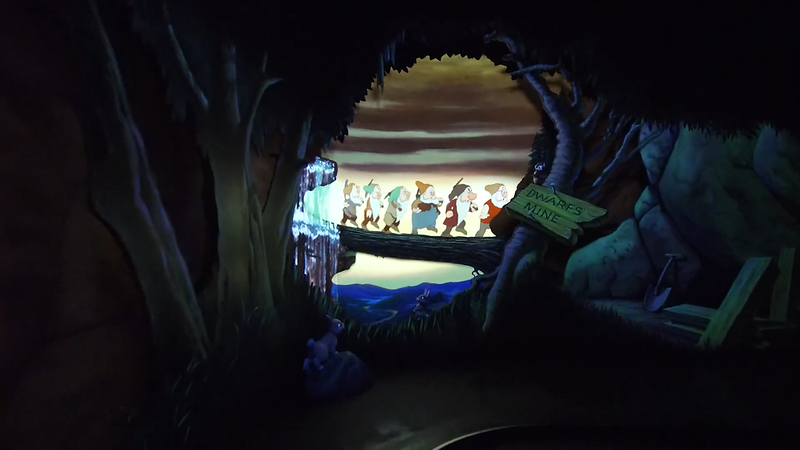 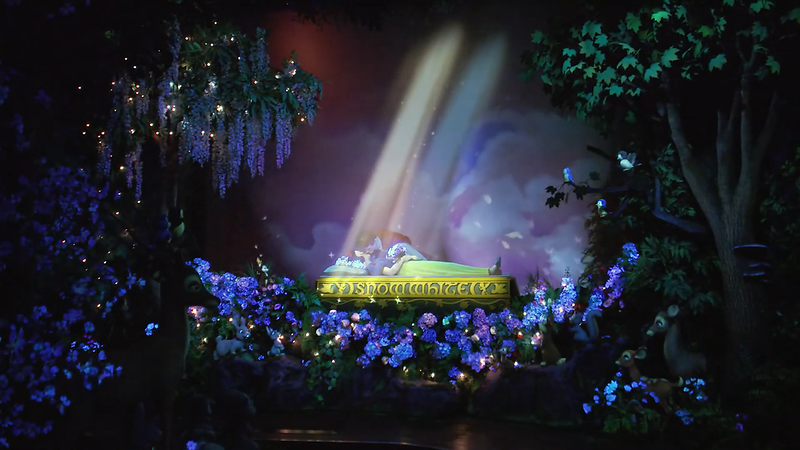 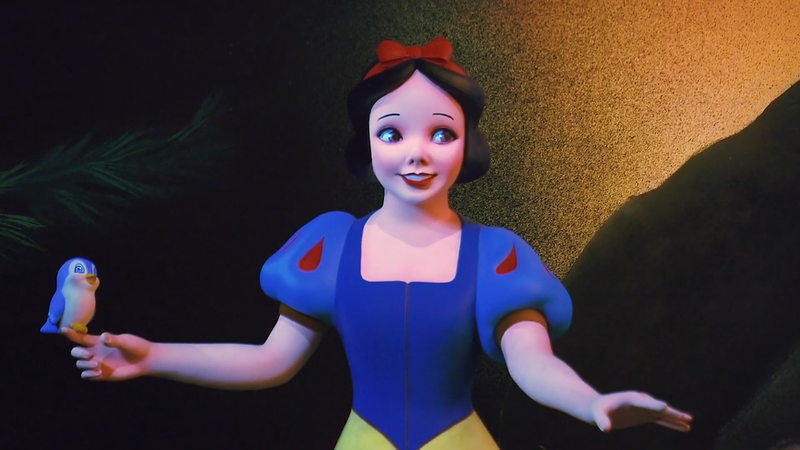 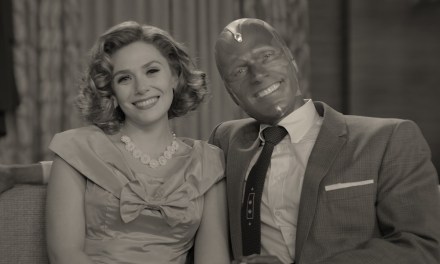 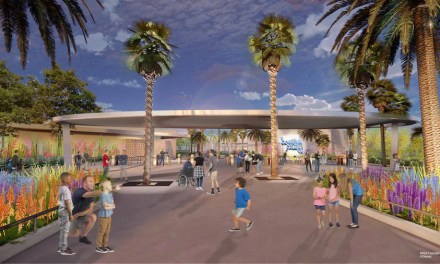