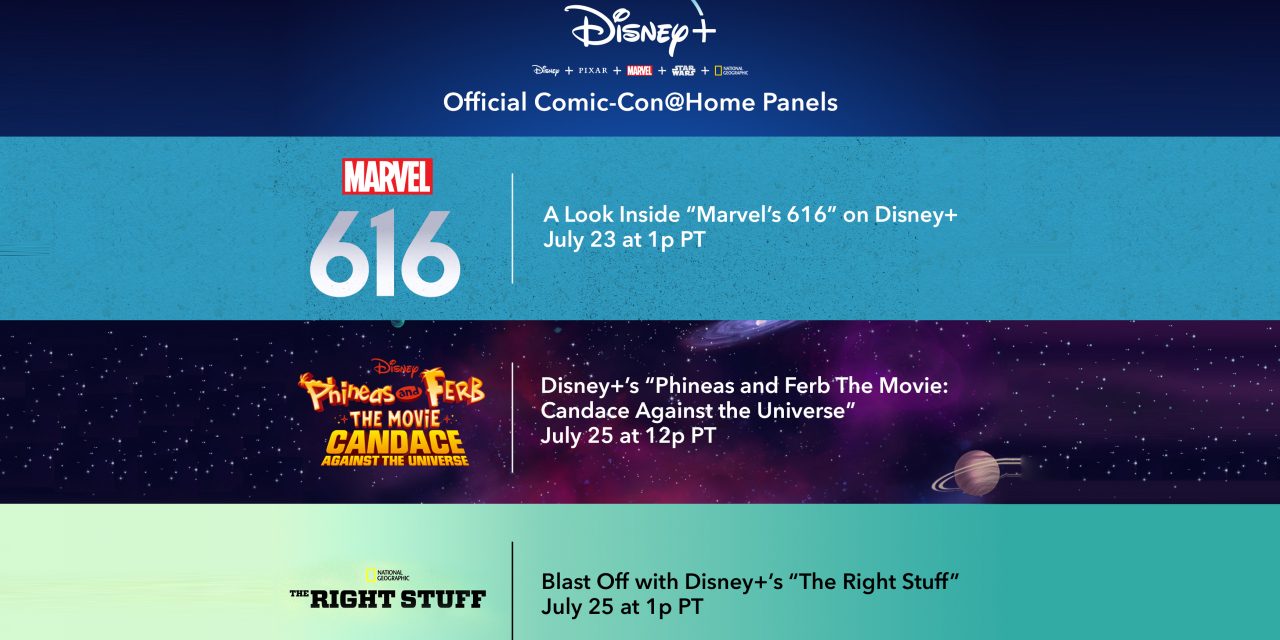 Although it was confirmed earlier this year that San Diego Comic-Con would be canceled in response to the global COVID-19 coronavirus pandemic, it was later confirmed that the event would go digital this summer and called Comic-Con@Home.

Along with that great news, we have confirmation that Disney+ will be participating this year with virtual panels for three upcoming titles: the  animated movie “Phineas and Ferb The Movie: Candace Against the Universe,” the anthology docuseries “Marvel’s 616,” and the service’s first scripted series from National Geographic, “The Right Stuff.”

“Marvel’s 616” explores how Marvel’s rich legacy of stories, characters and creators exist within the “world outside your window”.  Each documentary, helmed by a unique filmmaker, explores the intersections of storytelling, pop culture and fandom within the Marvel Universe. Join directors Gillian Jacobs, Paul Scheer and executive producers Sarah Amos and Jason Sterman as they discuss the making of this Disney+ original anthology series with moderator Angélique Roché.

Disney+’s “Phineas and Ferb The Movie: Candace Against the Universe”

Blast Off with Disney+’s “The Right Stuff”

The Disney+ panels will join previously announced conversations from Walt Disney Television and Hulu during Comic-Con@Home. 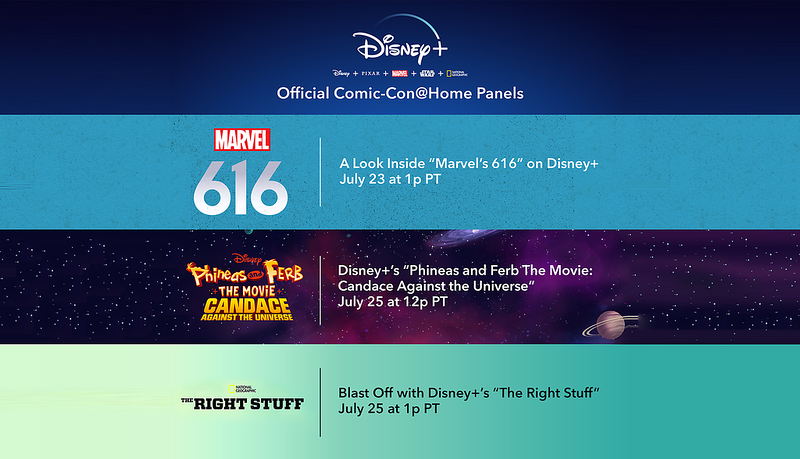 Denuo Novo Star Wars: The Mandalorian Grogu Life-Sized Statue is ready to charm your heart and your collection