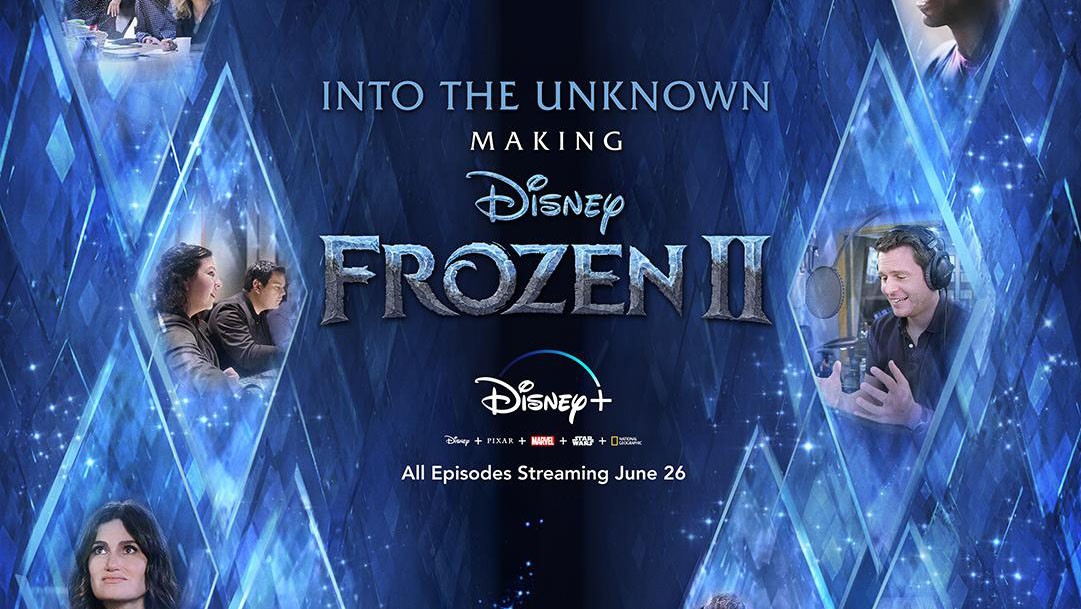 As Disney+ gears up for this Friday’s launch of INTO THE UNKOWN: MAKING FROZEN 2, a new poster and trailer have debuted for the indepth behind-the-scenes look at last year’s stellar followup to the FROZEN franchise.

This SIX-PART series, which drops all episodes at the same time, opens the doors at Walt Disney Studios Animation for a peek at the creative process from sketch to screen. Learn more below.

Into The Unknown: Making Frozen 2 — Episode 101

With only 11 months until the world premiere, Frozen 2 filmmakers screen their current, rough version of the film to their fellow Disney Animation directors and artists. It’s clear there is much work to do with little time to do it, particularly on “Show Yourself” – while “Some Things Never Change” and “Into the Unknown” kick off cast and orchestra recordings.

Into The Unknown: Making Frozen 2 –Episode 102 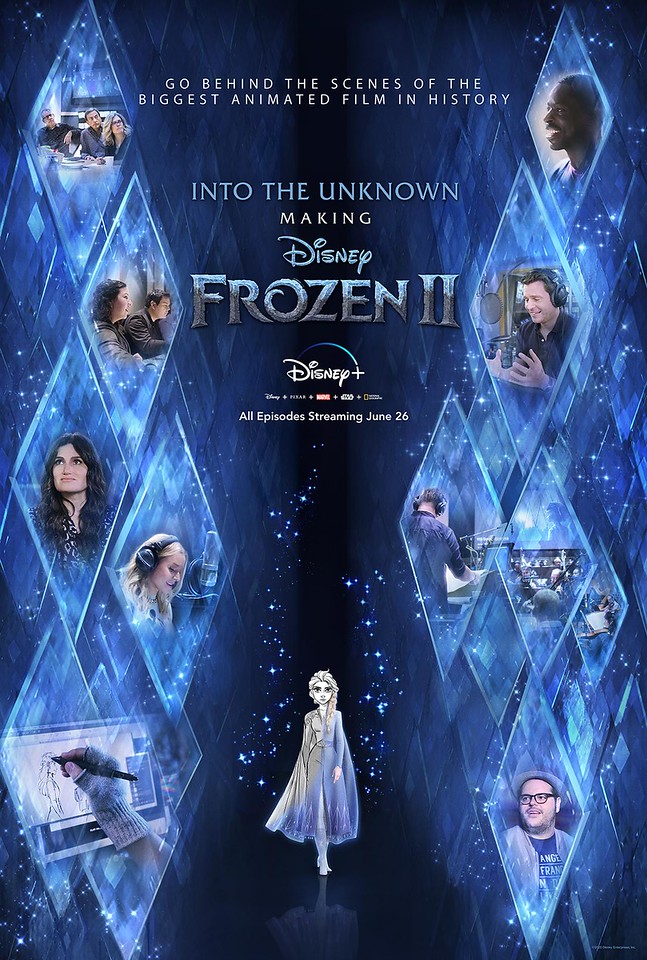 Songwriters Kristen Anderson-Lopez & Robert Lopez propose an 80s rock ballad-inspired song for Kristoff, “Lost in the Woods,” much to the joy of directors Jennifer Lee, Chris Buck and actor Jonathan Groff. With the next internal screening a few weeks away, “Show Yourself” continues to be a challenge, with filmmakers and songwriters all having a tough conversation about its place within the film.

Into The Unknown: Making Frozen 2 –Episode 103

Frozen 2’s March internal screening at Disney Animation proves to be a “live-or-die” moment for two songs: “See The Sky” and “Show Yourself.” Sterling K. Brown and Evan Rachel Wood record for their characters, Mattias and Iduna, as Kristen Bell and director Chris Buck share the deep meaning and emotional resonance behind Anna’s song, “The Next Right Thing.”

Denuo Novo Star Wars: The Mandalorian Grogu Life-Sized Statue is ready to charm your heart and your collection