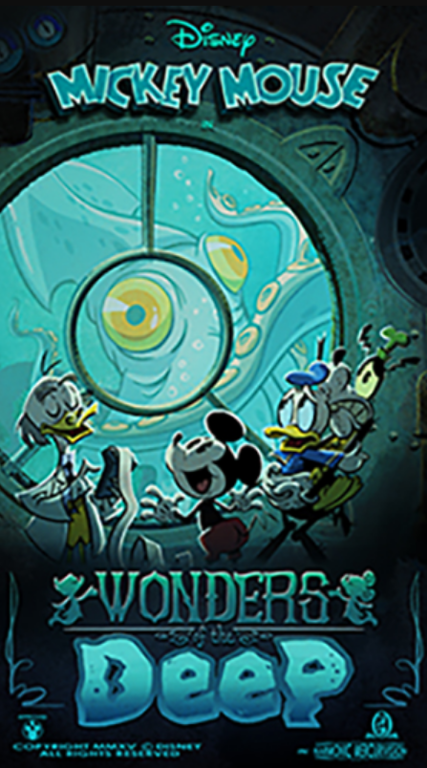 Mickey & Minnie’s Runaway Railway draws ever closer and a new Countdown Series poster has been released to celebrate the new attraction coming to both Disney’s Hollywood Studios and Disneyland. Featuring the short “Wonders of the Deep” (watch it below) the new poster features Mickey, Donald, and Goofy with Dr. Ludwig Von Drake coming across some of the mysteries below the water’s surface! Previous artwork has teased the attraction itself will take us underwater!