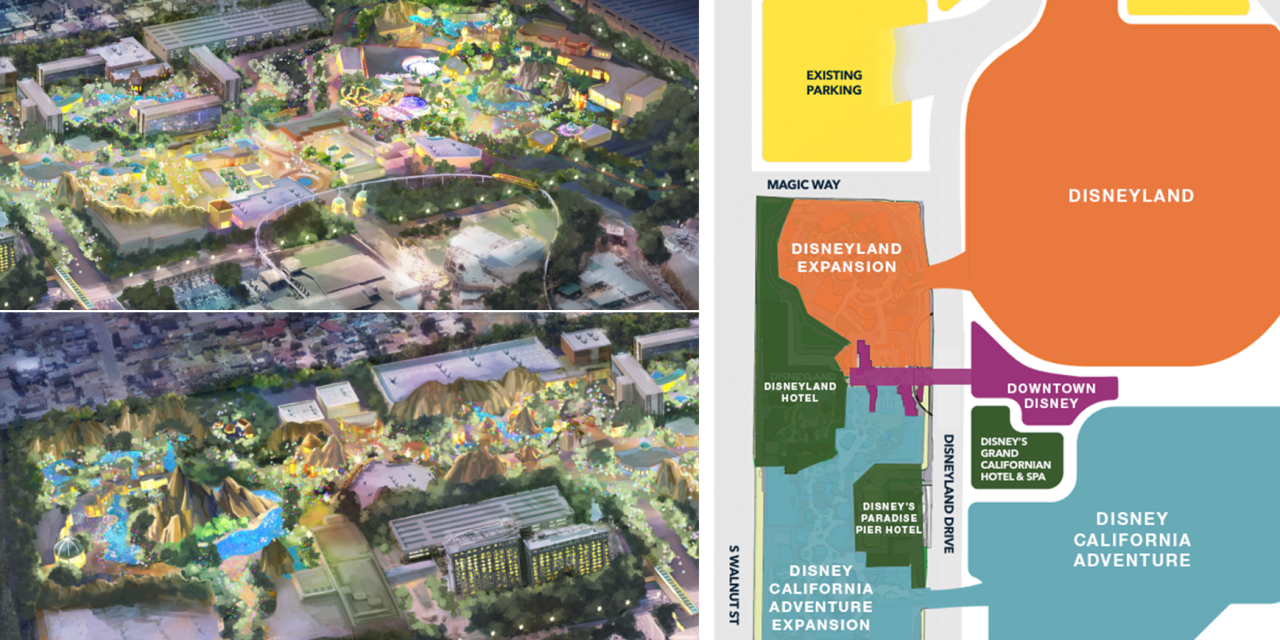 DisneylandForward took Disney social spheres by force today dropping a huge update on the future of the Disneyland Resort in Anaheim. Amongst many maps and concept renderings and even a splashy dedicated new website Disney outlined its main goals for the future and its all about growth and investment into the long-term future of the Resort.

DisneylandForward is Disney’s first step in moving ahead with the ultimate goal of easing “inflexible planning restrictions” and was therefore not an official announcement of concrete plans. What’s been catching a lot of attention is buzz about a third theme park and/or theme park expansions and we’re breaking down what’s been released so far…

A Third Gate or Not?

It bears repeating that no official concrete plans have been confirmed. While you can never say never when it comes to Disney, it looks like a third theme park is not necessarily in the cards. It seems the more viable path for now is an ambitious expansion of both Disneyland Park and Disney California Adventure Park into what are essentially parking lots today across Disneyland Drive.

The official map is full of blue-sky eye-candy but sometimes less is more. To better understand what Disney is planning, we simplified their map below and superimposed it with the original for reference.

What’s in the Plan?

Intentionally vague and non-specific, you can see what looks like a set of ticket booths and a secondary entrance into the new area from Downtown Disney. In addition, there’s a series of just-vague-enough attractions resembling Disneyland’s classic Skyway, a classic spinner (like Dumbo), and water flume attractions. A bridge or tunnel extension seems to connect the expansion area to approximately the area near the Frontierland Train Station in New Orleans Square.

As with Disneyland, it appears a pair of ticket booths and secondary park entrance are accessible through Downtown Disney. Similarly vague attraction features include more flume attractions, a roller coaster jutting in and out of a mountain, and lots of smaller more interactive areas.

Learn more about the full DisneylandForward project in our previous posting.