It was a splendid weekend at the Disneyland Resort with beautiful weather shining down on a realm abuzz with excitement. Apart from the debut of the 2017 California Food and Wine Festival, there’s a whole bunch of other goings on.

We found that pieces are literally flying onto the facade of Guardians of the Galaxy – Mission: BREAKOUT as thematic elements were lifted via crane into position on the former Tower of Terror attraction.

Progress continues on the Star Wars themed land with a flurry of excitement from new frames resembling AT-AT Walkers to continued progress on Frontierland facing construction set to open later this year.

Of course, a merch run is in tow plus a lot more in this sun-drenched pictorial brought to you after losing an hour of sleep! ENJOY!

We have a an exhaustive look inside the return of the popular DCA California Food and Wine Festival. Food, entertainment, and more! Check it out below.

Read more: INSIDE AND IN DEPTH: Disney’s California Food and Wine Festival 2017 debuts at DCA

The Info Booths in the Esplanade are being used as welcome centers for the festival.

Several months ago, we had a first look at the newly redesigned rooms coming to Disney’s Grand Californian Hotel & Spa and now Disney has given us a few photos of how all the teased elements will come together this year. Two little structures causing a whole lot of hub-bub with the word out that these frames will become AT-AT Walkers to be used in the Stormtrooper Battle Escape attraction. And now a look at the land from inside the park…

Fantasmic barges still sitting on the eastern side of the river. The Sailing Ship Columbia is looking good as we near the summer reopening.

She’s back in drydock, once more. A new slip and water vessel has appeared on the island to hide projectors to be used for the upcoming Fantasmic!! sequel later this year

A new tiny dock right at the center of the island has also appeared.

More reveals on the facade for the upcoming Marvel attraction that’s replaced the Tower of Terror. Love seeing Nick and Judy here instead of crammed in a hidden corner of the Hollywood Land backlot.

No rafting yet at the Grizzly River Run.

Water has returned at the mill. Still dry on the flumes, though.

Well, that doesn’t quite look finished.

Back to Russel and the Wilderness Explorers.

Wysterias are full in bloom on the lane.

A lovely day for a tailgate picnic.

Driving right on down the middle of Main Street, USA.

Steamboat Willie Apples are so cute!

All the treats celebrating the Main Street Electrical Parade are back.

AP Days are over.

The Turtle Bottle Toppers are back in stock.

Custom bottle painting is back too. The inside of the shop is still as lovely as ever with the back-painted mirrors that were painstakingly created by Glendra Von Tussel.

Hard to tell that this isn’t the actual Rancho Del Zocalo sign, looks like the actual one is getting a refurb.

Sheriff was investigating reports that someone’s poisoned the waterhole.

Tons of people assembled for a swinging wake.

Popular as ever Jungle Cruise. Smaller less popular attractions see big upticks when major people eaters like Matterhorn and Pirates of the Caribbean are closed for refurbishment. The overall effect is the parks feeling much busier than normal.

Not much visible progress for Star Tours.

Looks like Buzz Lightyear Astro Blasters has received its MaxPass scanners. They’re covered up with cloth for now. Other scanners have appeared around the park including Haunted Mansion. A favorite shot every year. A sign placed at the Mickey and Friends structure makes it a little more clear which way to go to walk to the theme parks. If you ever hear dogs barking at the Tram stop, it’s probably feeding time for the K-9 whose kennels are backstage near Indiana Jones Adventure. Humphrey!! Wish he had a bigger presence at Disney California Adventure!

Clothes On Our backs 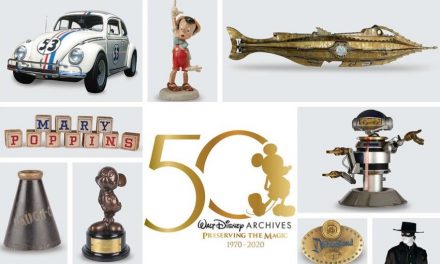