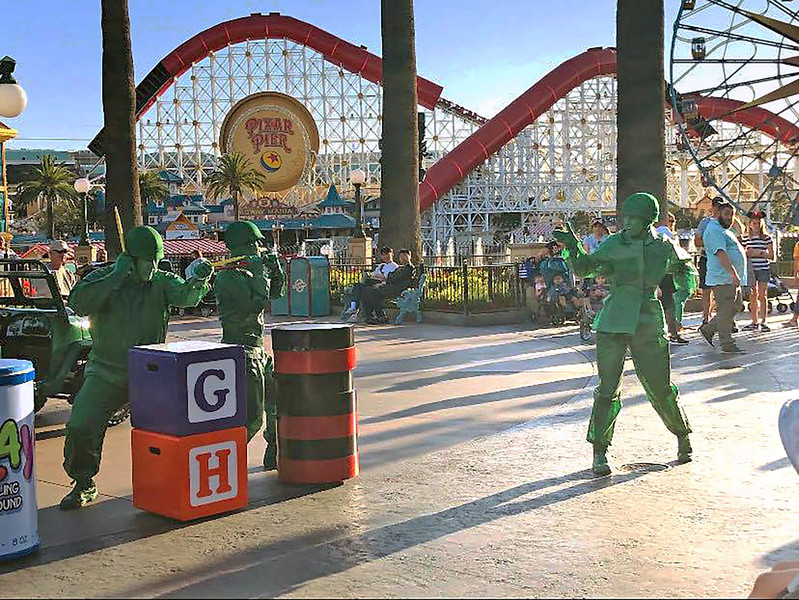 Operation: Playtime! – Featuring the Green Army Patrol is a small musical atmosphere entertainment offering at Disney California Adventure that features the iconic green TOY STORY soldiers near Pixar Pier and it seems that women have finally been allowed to join the ranks!

Although it’s not recent that the show changed its name to feature “Green Army Patrol” instead of the “Green Army Men,” it IS new that women are actually featured as part of the lineup!

The show is performed several times daily at Disney California Adventure with drummers marching to the beat and inviting little ones to join the elite team the Green Army Patrol. The show is performed at the Obelisk near the entrance to Pixar Pier but you can catch them briefly on the performance corridor before and after the show as they march. 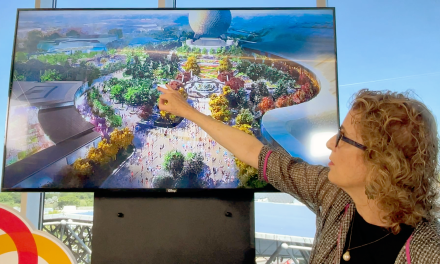