What exactly to expect with THE MANDALORIAN on #DisneyPlus 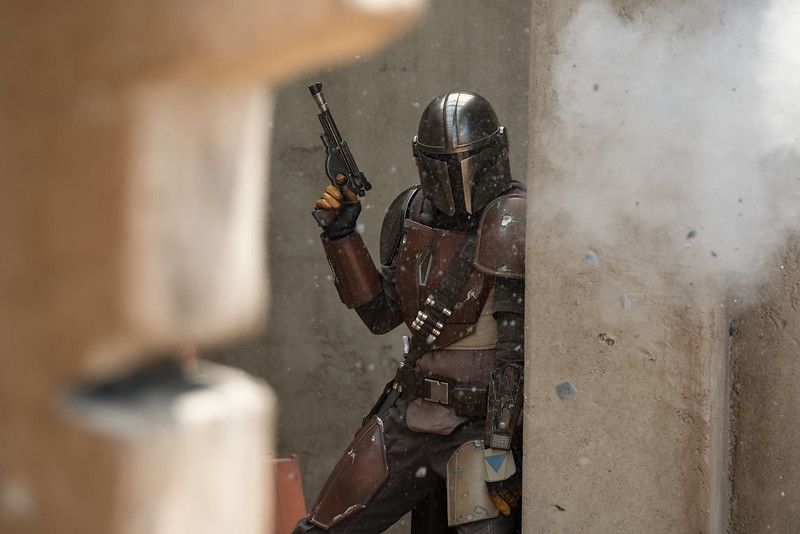 THE MANDALORIAN is a really exciting and unprecedented move for Lucasfilm. It will be bringing to life the FIRST live-action series set in the historic STAR WARS cinematic  universe — a feat on its own merits — and also forge the way on another frontier as one of the first original series made specifically for the Disney+ streaming platform that is set to launch on November 12.

Those are not two distinctions to take lightly. There’s a whole lot that rides on the success of this show but by all accounts it seems the efforts will pay off handsomely.

Although Boba Fett is perhaps the best-known Mandalorian in the Galaxy, the new show takes place AFTER the fall of the Empire but BEFORE the emergence of the First Order. A time of regrowth and turmoil in which we follow the travails of a new lone gunfighter in the outer reaches of the galaxy, far from the authority of the New Republic. 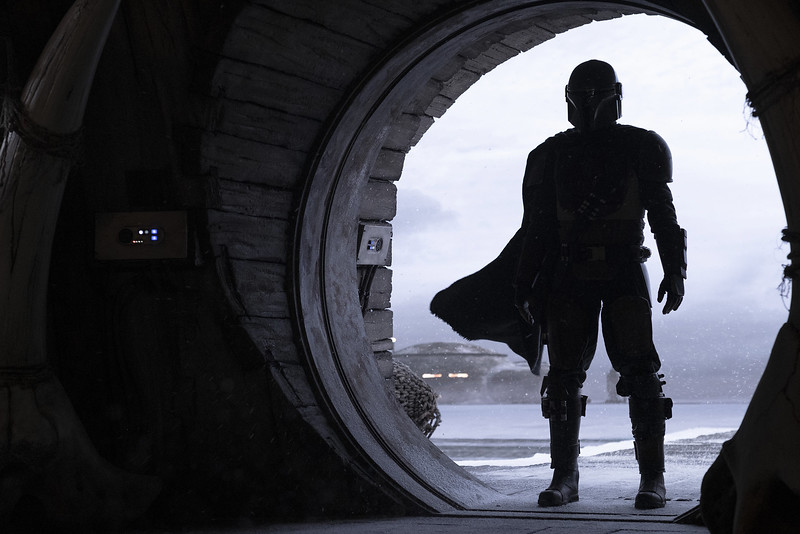 At a recent press conference, writer and executive producer Jon Favreau talked about the wide-spread appeal of this universe, an environment ripe with story possibilities. “There was some aesthetic that I really gravitated to,” he reminisced about watching the original STAR WARS. With echoes of classic samurai, western, and World War 2 films in the original triology, Favreau felt confident as an accomplished filmmaker today diving into a narrative-rich monomyth world in a galaxy far, far away.

Dave Filoni had similar thoughts. Serving in this new venture not just as an executive producer but also as director of the very first episode (a live-action directorial debut), Filoni also recalled growing up with the original trilogy and having a deep thirst to live more stories in this world. “As a kid growing up” he said, “you watch STAR WARS and think ‘I would watch this every week.'” He thrills at the fact that now, more than ever, the means of realizing cinematic qualities in a serialized long-form format have become increasingly easier over the past decade.

Filoni certainly needs no introduction in the world of Star Wars; earning his battle scars in the early years of the animated STAR WARS: THE CLONE WARS series, he’s no stranger to episodic storytelling and being able to devote hours to character and plot-line development. Still, he admitted to finding new challenges in directing live-action vs. animated series. Pesky things like the sun setting which change the approach — and speed — needed to create in this medium. 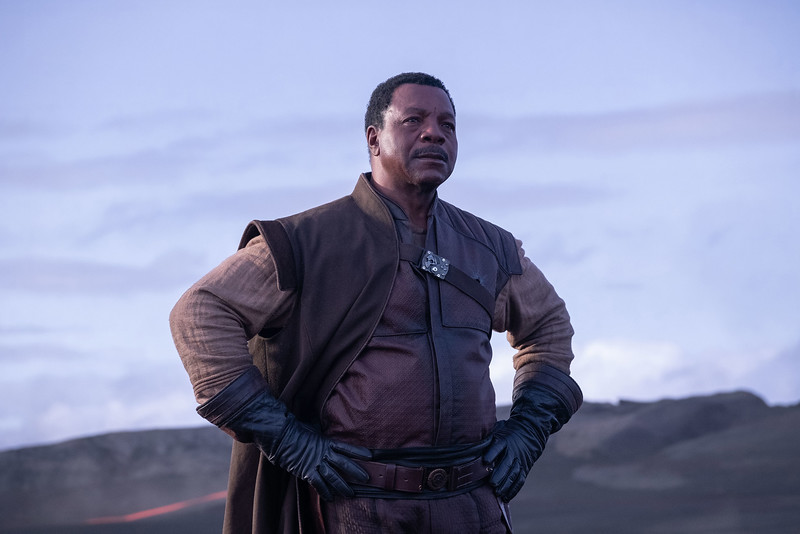 So it’s clear that this is a world that has major buy-in from long-time fans that grew up with this franchise but as far as helping attract new audiences, that’s where the vibrant cast comes into play. Roguish Pedro Pascal plays our (anti?)hero and at the press conference rejoiced that being cast in the lead was one of those “super pinch me moments.” Gina Carano joins the fold as a Shock Trooper turned mercenary just making her way through the world. Early on in the process of bringing the show to life she recalled, “‘This is it'” as she mounted a two-legged reptilian Blurrg “this is my life now… incredible.” Carl Weathers remembered being blown away before even being cast, seeing production and conceptual artwork that literally helped paint the picture of the scope and scale of this project.

The first season will launch next month with eight episodes. Aside from Favreau and Filoni directing, the show will boast the wide and varied talents of other directors including Taika Waititi, Bryce Dallas Howard, Rick Famuyiwa, and Deborah Chow. Plus, fan-favorite Waititi didn’t have enough being a director on the show, he also will lend his voice to a droid by the name of IG-11. Other little easter eggs fans should be excited to encounter include further references to Life Day events from the infamous Star Wars Holiday Special which — FUN FACT — was the world’s first introduction to the original Mandalorian, Boba Fett.

The vibe in the press conference was effervescent and when filmmakers are this excited about a project it’s hard not to feed off of the hype. I have a good feeling about this.