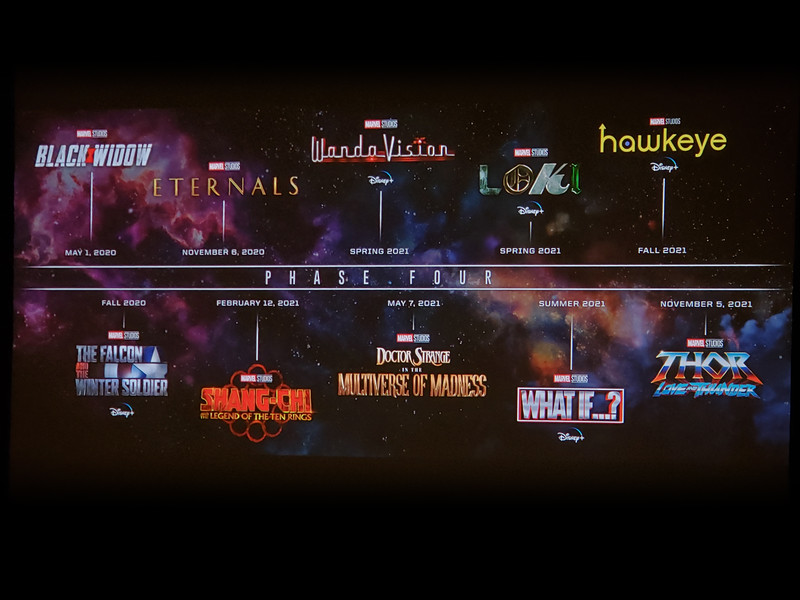 There’s no question that Marvel Studios and San Diego Comic-Con were meant for each other. After a gigantic void last year when they skipped out on the event, they made a most triumphant return to Hall H this year for the massive reveal of PHASE 4 of the Marvel Cinematic Universe (MCU) that has us even more excited for the D23 Expo next month where another Marvel keynote will surely rock Marvel fandom!

Meanwhile, the vibe in San Diego tonight was nothing short of electric. Dozens of stars were in attendance for the announcements unleashed by Marvel Studios President Kevin Feige. Once the dust had settled, we were left with no less than ELEVEN new films and shows that will further broaden the Marvel Cinematic Universe plus some thrown-in casual teases about even more. As if that wasn’t enough, this is all in addition to the sequels we already knew about for Guardians of the Galaxy, Spider-Man, Captain Marvel, and Black Panther.

Let’s dive in shall we?

Feige officially announced the feature film BLACK WIDOW which is slated for a May 1, 2020 release in U.S. theaters, making it the first film of Phase Four to hit the big screen.

Feige surprised the audience with the first footage from BLACK WIDOW which is currently in production. The film is directed by Cate Shortland who was on hand to greet the Hall H audience along with Scarlett Johansson, reprising her role of Natasha Romanoff, as well as newcomers to the Marvel Cinematic Universe David Harbour as Alexei aka The Red Guardian, Florence Pugh as Yelena, O-T Fagbenle as Mason and Rachel Weisz as Melina. 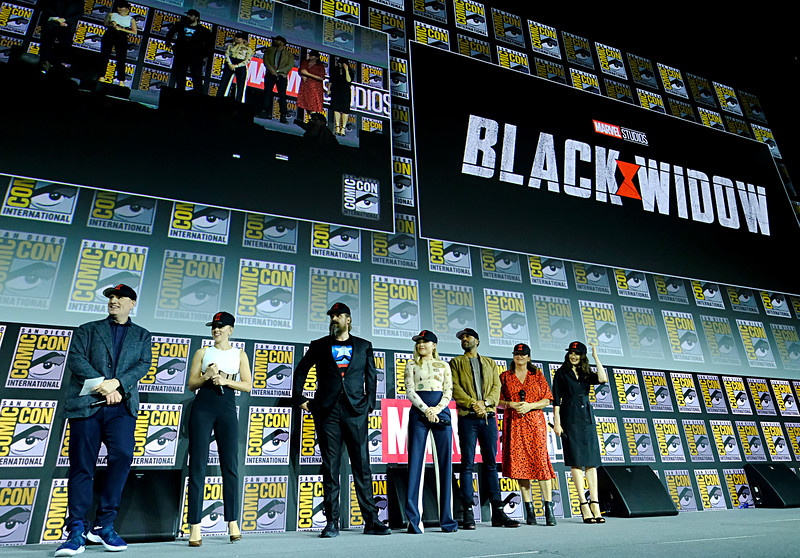 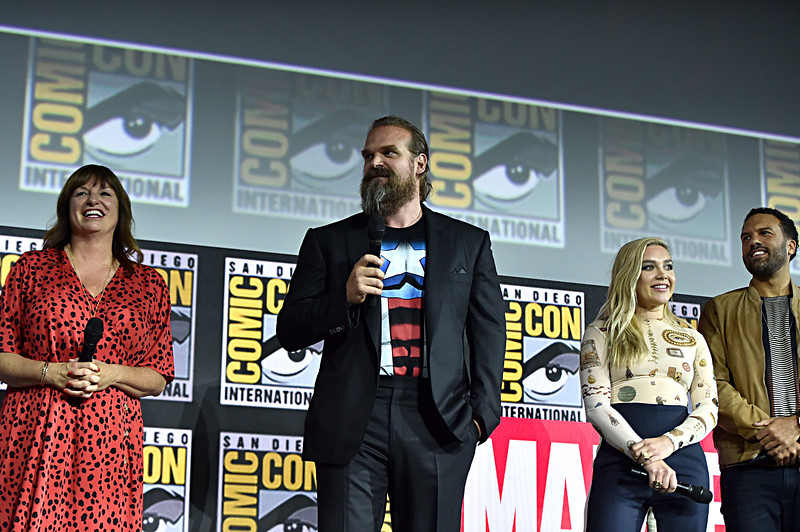 Following the BLACK WIDOW presentation, Feige had another big surprise up his sleeve for the enthusiastic Hall H crowd. He was joined on stage by actor Mahershala Ali and then announced the new Marvel Studios feature film BLADE that Ali will star in. This was in addition to the tease of MUTANTS and FANTASTIC FOUR which would also be coming. 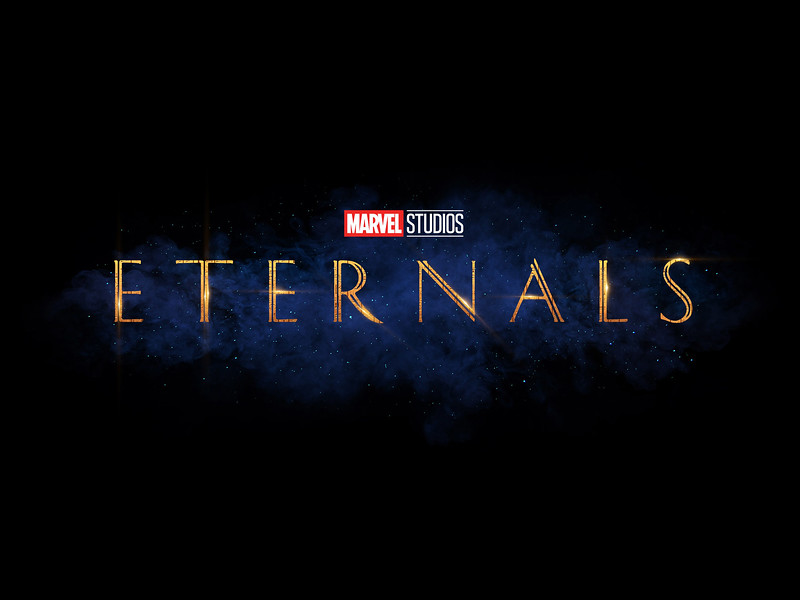 Feige kicked off with an overview of the feature film THE ETERNALS an exciting new team of Super Heroes in the Marvel Cinematic Universe. Feige introduced the director, Chloé Zhao, followed by stars from the film, including, Richard Madden as Ikaris, Kumail Nanjiani as Kingo,  Lauren Ridloff as Makkari, Brian Tyree Henry as Phastos, Salma Hayek as Ajak, Lia McHugh as Sprite, Don Lee as Gilgamesh and Angelina Jolie as Thena.

THE ETERNALS will make their Marvel Cinematic Universe debut in theaters on November 6, 2020. 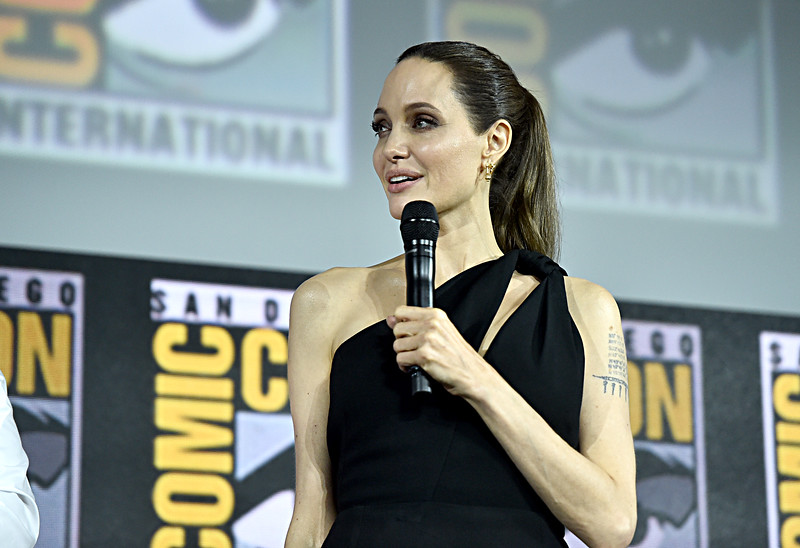 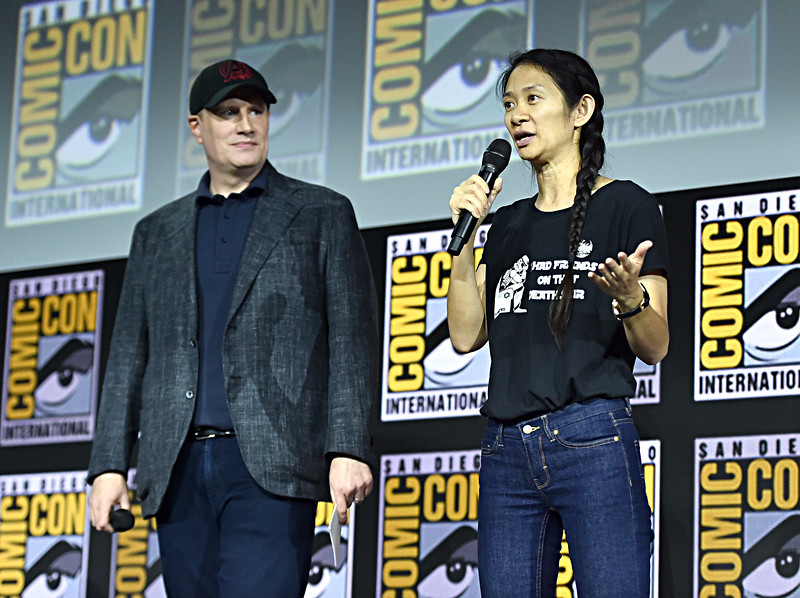 Feige brought news on the Disney+ original series THE FALCON AND THE WINTER SOLDIER which pairs up two of the Marvel Cinematic Universe’s most popular heroes—Sam Wilson aka The Falcon and Bucky Barnes aka The Winter Soldier—in a series of action-filled adventures as they fight together against evil after the events of AVENGERS: ENDGAME

Anthony Mackie (The Falcon) and Sebastian Stan (The Winter Soldier) came on stage to greet the fans, and it was revealed that Daniel Brühl will return as the villain, Baron Zemo.

THE FALCON AND THE WINTER SOLDIER is set to debut on Disney+ in the fall of 2020.

SHANG-CHI AND THE LEGEND OF THE TEN RINGS

Feige spoke about the feature film SHANG-CHI AND THE LEGEND OF THE TEN RINGS and detailed how the legend has been hinted at in the MCU films since the first “Iron Man.”

In an unanticipated surprise for all, Kevin Feige then announced the confirmed casting of Simu Liu in the title role of Shang-Chi and both the actor and the director, Destin Daniel Cretton, came on stage to greet the audience. Kevin also shared with the audience the casting of Awkwafina in a yet-to-be-disclosed role. Then, Kevin revealed to the Hall H audience that the real Mandarin will be played by celebrated Chinese actor Tony Leung.

SHANG-CHI AND THE LEGEND OF THE TEN RINGS will be in theaters on February 12, 2021. 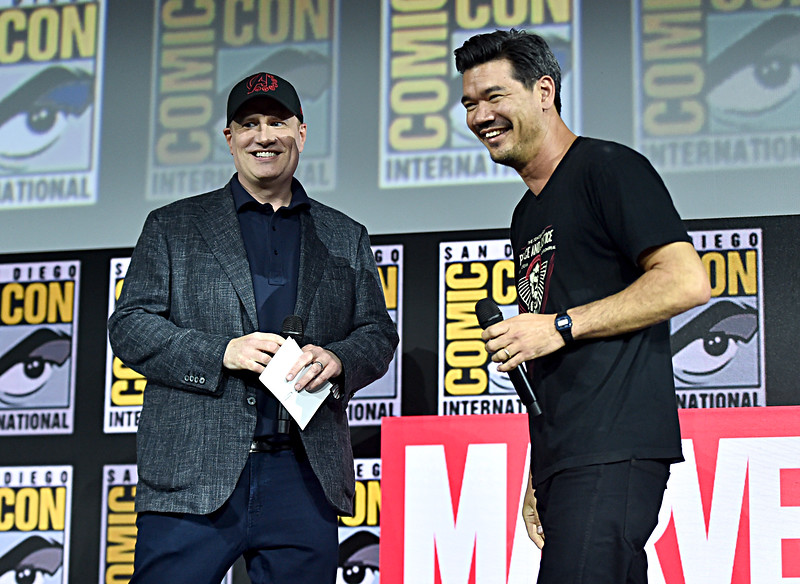 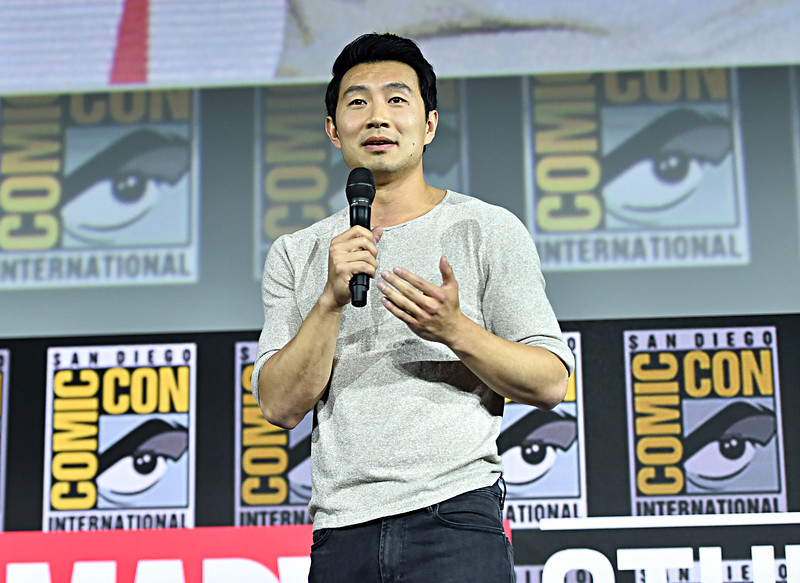 Next, Feige offered the latest on WANDAVISION a Disney+ original series where Paul Bettany reprises the role of Vision and Elizabeth Olsen returns to her role of Wanda Maximoff/Scarlet Witch.

Bettany and Olsen were joined on stage by MCU newcomer Teyonah Parris, and Feige announced that Parris will be playing the grown-up version of Monica Rambeau, who was introduced to audiences in “Captain Marvel.”

WANDAVISION premieres on Disney+ in the spring of 2021. 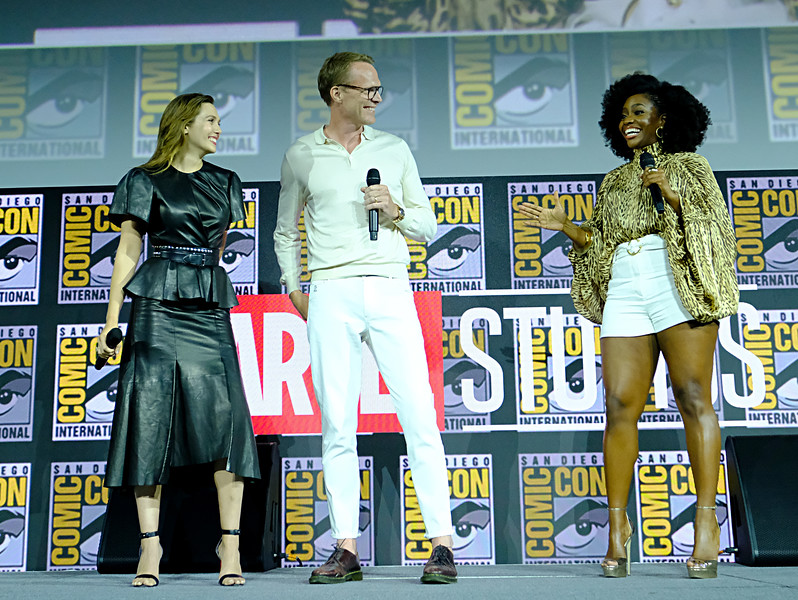 Feige offered news on LOKI a Marvel Studios original series streaming on Disney+ in the spring of 2021. Tom Hiddleston—back in his role of the mercurial Loki, the god of mischief and everyone’s favorite villain—received a huge welcome from fans when Feige brought him out on stage.

Then to the delight of the audience, Hiddleston answered the biggest question from “Avengers: Endgame”:  “Where did Loki go when he took the Space Stone?”

DOCTOR STRANGE IN THE MULTIVERSE OF MADNESS

Feige introduced the second film in the “Doctor Strange” franchise, DOCTOR STRANGE IN THE MULTIVERSE OF MADNESSand called the director, Scott Derrickson, and star Benedict Cumberbatch to the stage to a rousing welcome.

In a surprise twist, Feige brought out Elizabeth Olsen, who also stars in DOCTOR STRANGE IN THE MULTIVERSE OF MADNESS and they talked about how “WandaVision”—the Disney+ series that Olsen will star in as Wanda Maximoff/Scarlet Witch—connects directly to the feature-film story line.

DOCTOR STRANGE IN THE MULTIVERSE OF MADNESS hits theaters on May 7, 2021. 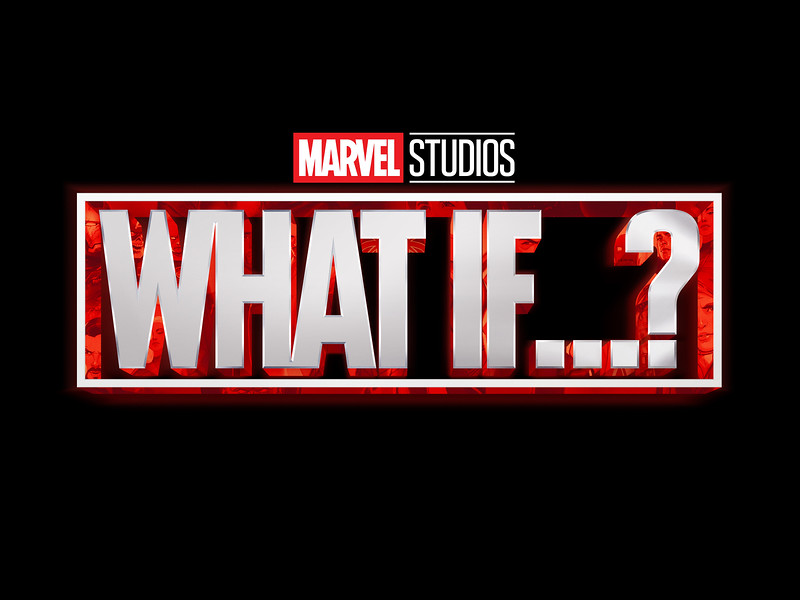 Feige offered new information on WHAT IF…? the first animated series in the Marvel Cinematic Universe. WHAT IF…? is being created exclusively for Disney+ and features stories that present alternate realities in the Marvel universe.

Feige mentioned that many actors from across the Marvel Cinematic Universe will reprise their roles as voice talent in the series. He then surprised the audience by bringing Jeffrey Wright to the stage and introducing him as the voice of the popular character The Watcher in the new series. 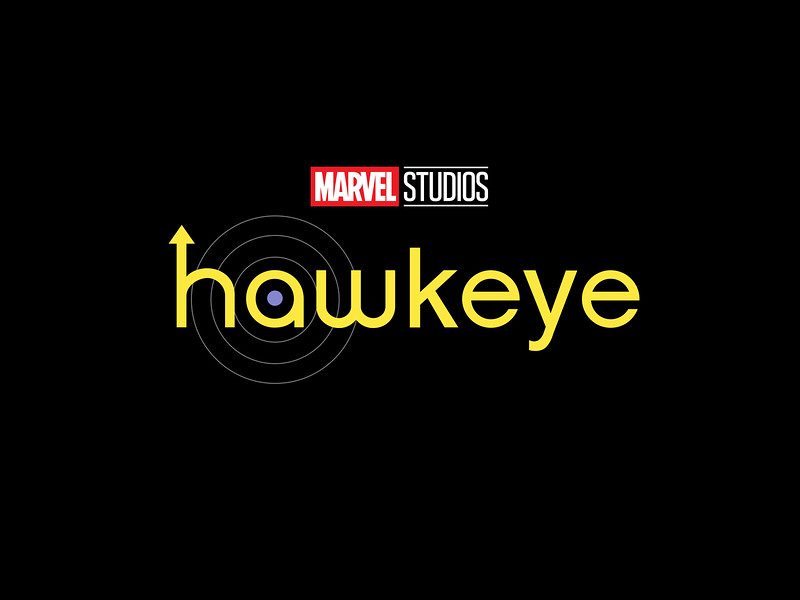 Jeremy Renner came on stage and revealed the previously undisclosed title of the HAWKEYE Disney+ original series. He joined Kevin Feige to give exciting news about HAWKEYE including details about Kate Bishop, a character well-known in Marvel comics, who will be an integral part of the series.

HAWKEYE launches on Disney+ in the fall of 2021.

Feige talked about the next Thor film, THOR: LOVE AND THUNDER which will be the fourth feature film in the “Thor” franchise. It was revealed that Jane Foster, played by Natalie Portman, will become the Mighty Thor, the goddess of Thunder.

Director Taika Waititi, Chris Hemsworth, Tessa Thompson and Natalie Portman all came on stage for the presentation, eliciting a wild response from the Hall H audience who are looking forward to the film’s November 5, 2021 debut in theaters. 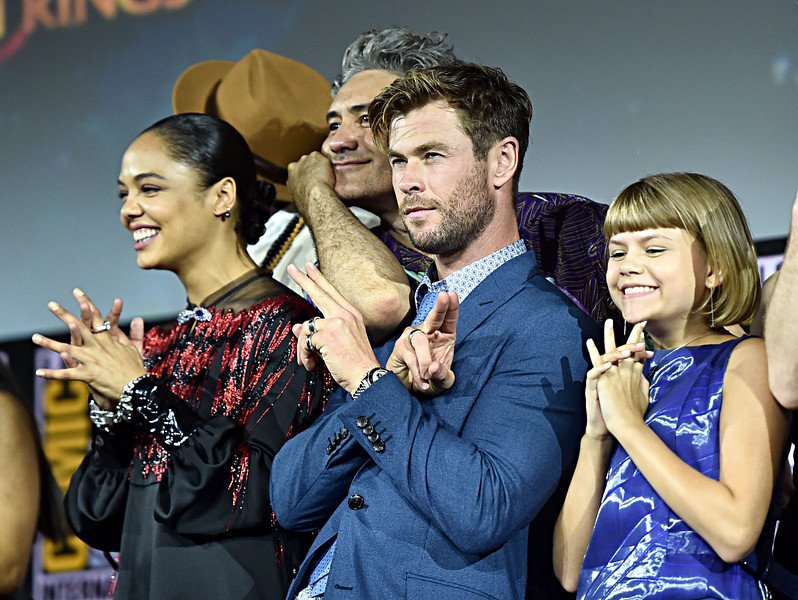 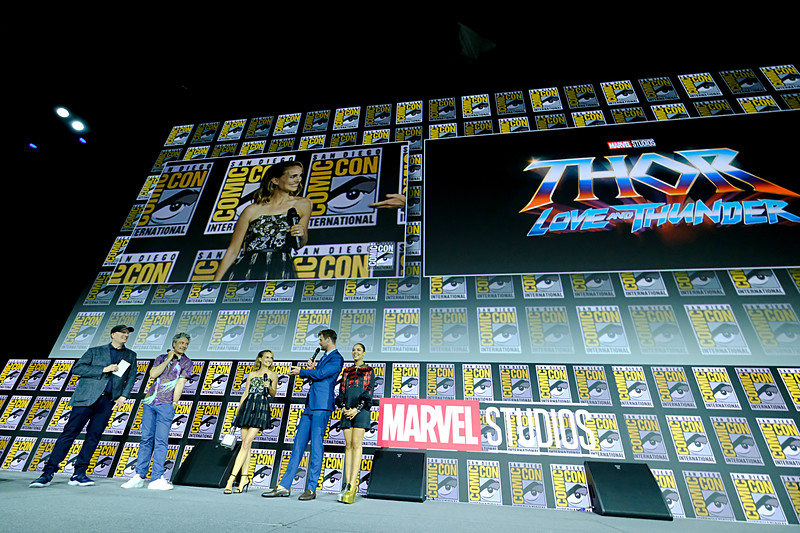 VIEW MORE: Check out our live-tweets for photos and video from the 2019 Marvel Studios Hall H keynote panel at San Diego Comic-Con!

Before any of the big announcements, Kevin welcomed several of the behind-the-camera talent at Marvel that help make the whole thing possible. Very cool to see the respect given to the team work that helps make the dream work! 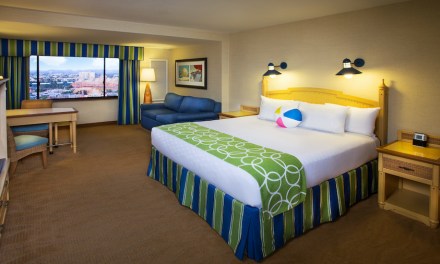