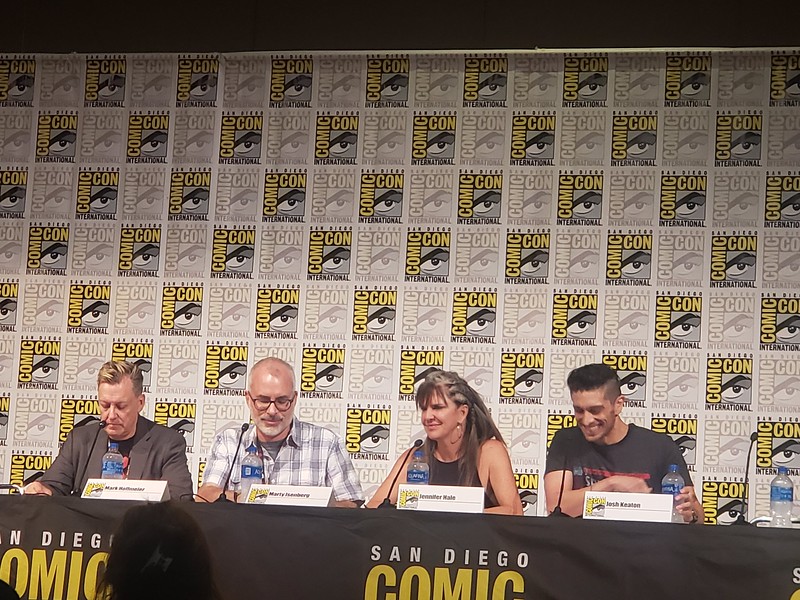 It’s really kinda crazy to think that Marvel cartoons have been around for more than FIVE decades — longer than San Diego Comic-Con itself — and a special panel, Marvel Animation Celebrates Marvel’s 80th Anniversary, assembled a powerhouse of talent to discuss the legacy. 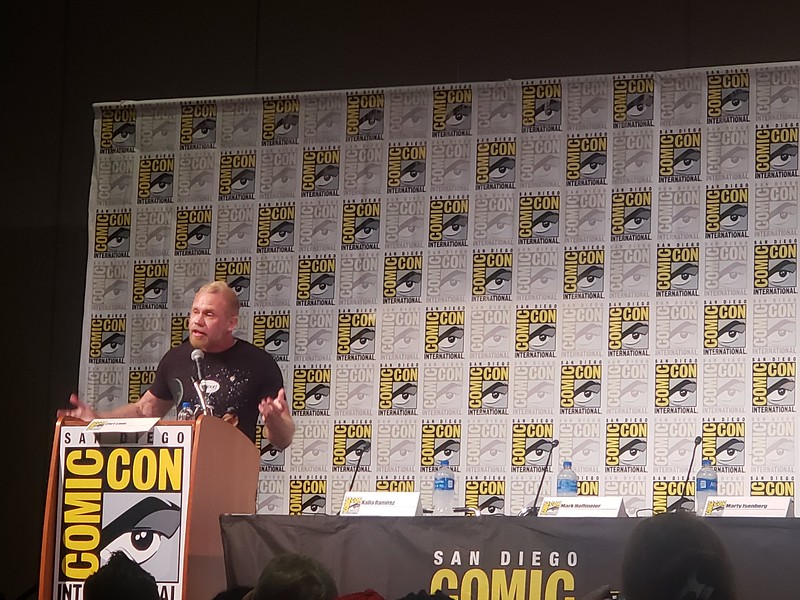 Highlights for the panel included a rundown of all ten of Spider-Man series, a 10th anniversary retrospective of Marvel’s Animation division, and a special in-memoriam for Stan Lee showing his many roles he has had in different series. Cort explained that Lee’s secret wish was to be on Broadway,that he always loved acting.

The panel quickly turned into a love fest for the late Stan Lee, which honestly was perfect to hear personal stories about the Legend. Isenberg explained that Lee always ordered two Snapples with lunch. Lane also explained that he has been coming to Comic-Con for 37 years and always regrets not talking with Jack Kirby, so when he was hired with Marvel, his first cast hire was Stan Lee just so he could make sure to meet him.

Hoffmeier said that Lee cared so much for how people were treated in this world. Lee was the same age as his father when he died and how much that hit close to home for him. Josh Keaton said he only got to meet Stan once, but he said, Stan told him he was his favorite Peter Parker, which he acknowledged he probably told everyone that, but still meant the world to him.

After remembering Stan, the conversation moved on to fan-favorite character, Spider-Man. There has been ten animated series focusing around the character. The first, 1967’s SPIDER-MAN. They played the theme song from the show which got everyone on the panel to sing along.

They then played clips and showed pictures of the other SPIDER-MAN series, noting some that weren’t so favorable with audiences. Lane then showed the room a sneak peek of Marvel’s SPIDER-MAN premiering this September on Disney XD before the announcement of MARVEL’S SPIDER-MAN: MAXIMUM VENOM debuts in 2020!