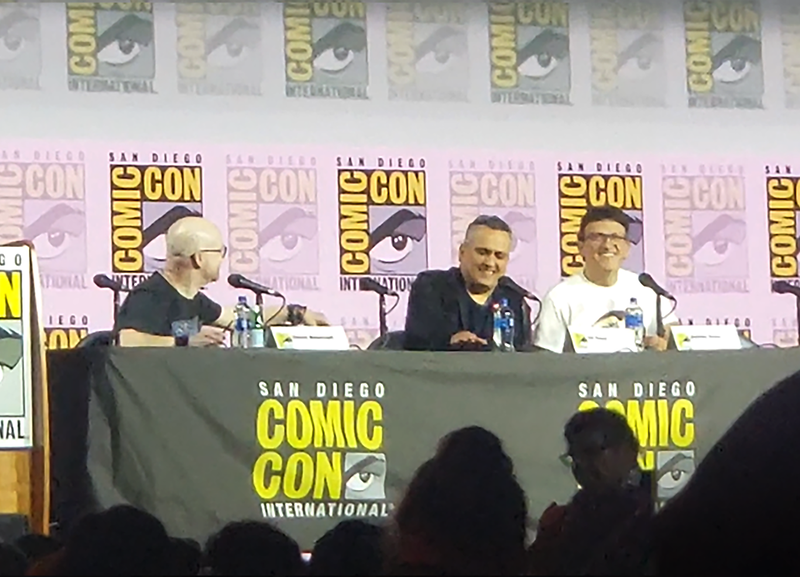 Continuing the INFINITY WAR AND ENDGAME discussion in San Diego Comic-Con Hall H was the highly anticipated discussion with the Russo Brothers: Joe and Anthony. The “intimate” conversation took place before an audience of more than 6,000 people.

Collider’s Editor-in-Chief Steven Weintraub was the moderator for this sit down discussion mostly about their Marvel success but also chatter about past and upcoming projects.

Here are some highlights from the hour-long discussion: