Instead of burying the lede after some analysis of Disney’s live action remake trend, I’m going to start with the good news: ALADDIN is great. It’s joyful, transporting, beautiful, and filled with pitch perfect performances. It’s big escapist fun.

Director Guy Ritchie is known for his frenetic action style and inventive camera tricks, but this film represents two firsts for him: a family film, and a musical. While Ritchie doesn’t navigate the musical sequences with the same deft hand as Rob Marshall, for example, it’s easy to overlook in the grand scheme of the movie. It’s a bit nuts to watch a Guy Ritchie Disney movie, but here we are, and it’s what I hoped it would be.

The trailers for ALADDIN haven’t seemed to do it any favors in the eyes of the internet, who seem to be largely unconvinced. The original animated film is beloved and Robin Williams so treasured, I don’t envy anyone stepping into Genie-sized shoes. Will Smith is effervescent, bringing his own style and personality to the role without imitating Williams in any way. Sure Smith is hilarious, he has a blast with his songs, he makes his own jokes, but what surprised me was the emotional life he built into the character. There were more than a few sniffles in the house when Genie finally receives his freedom, and that’s due to Smith’s great performance.

The big discoveries here are Mena Massoud and Naomi Scott, who are captivating as Aladdin and Jasmine. Massoud is charming and effortless, the perfect embodiment of smooth-talking street rat with a heart of gold. Scott is stunning and layered as Jasmine, fighting for independence in a system designed to suppress her. 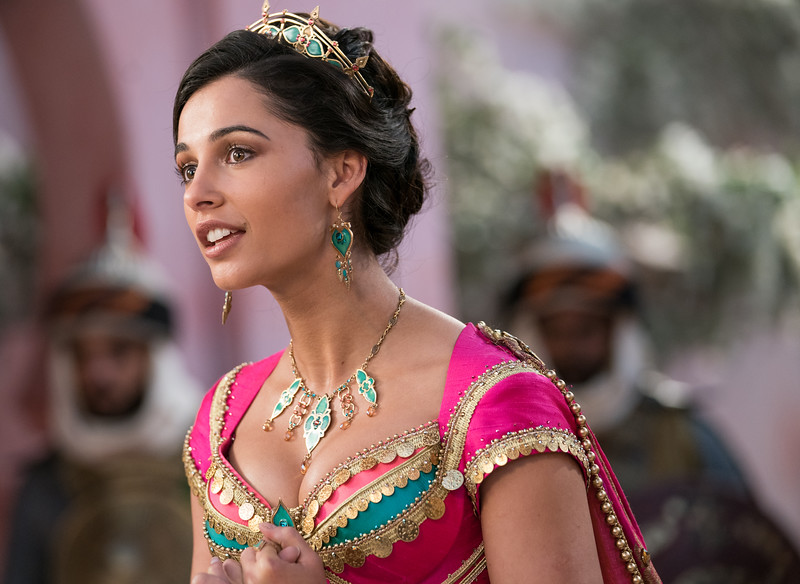 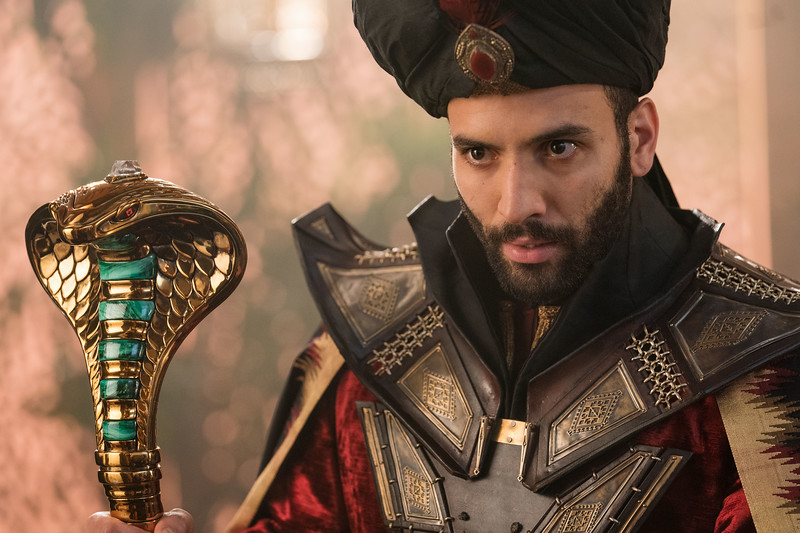 Scott is blessed with the one new song written for the film by Alan Menken with new-to-Disney lyricists Benj Pasek and Justin Paul (songwriters for THE GREATEST SHOWMAN), “Speechless.” The song, broken into two parts, illustrates Jasmine’s journey in a way the animated film did not, and provides a power ballad moment for Scott, who sings her face clean off.

Massoud is given multiple opportunities to show off as a dancer in new scenes. At one palace party, Massoud pulls off an incredible dance number while appearing to be manipulated by the Genie. That physicality is tough to convey, but he nails it.

Marwan Kanzari takes Jafar in a different direction than what we’re used to. In the original film and on Broadway, Jafar is a deep-voiced older man whose creepiness is derived from those features. Kanzari is neither old nor deep voiced; his Jafar is creepy because he’s a chauvinist warmongering dictator wannabe built out of pure evil. I wonder if this incarnation of Jafar will polarize some viewers, but I found Kanzari’s performance very effective.

SNL alum Nasim Pedrad takes on a new character, Dalia, who is Jasmine’s handmaiden and only friend. Pedrad is, of course, hilarious and her presence further deepens Jasmine’s story. Billy Magnussen plays the possibly Nordic Prince Anders, a visiting suitor hoping to win Jasmine’s hand. Magnussen has very limited screentime but provides some of the movie’s biggest laughs in a turn that would make Kenneth Mars proud.

The script is credited to John August and Ritchie, and it walks a fine line between the animated film and a newer, more fleshed out creation. I loved the framing device in particular and found the story changes satisfying. Gemma Jackson‘s production design is absolutely spectacular, as is Jamal Sims‘ electric choreography.

Not every live action remake is a home run, but ALADDIN is as good as they get. The screening I attended was in 3D and that did add to the experience during some of the film’s more effects-laden sequences. Take your trip to Agrabah while you can before THE LION KING arrives later this summer. 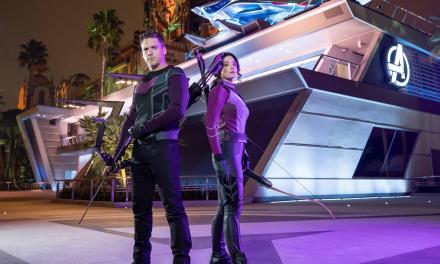