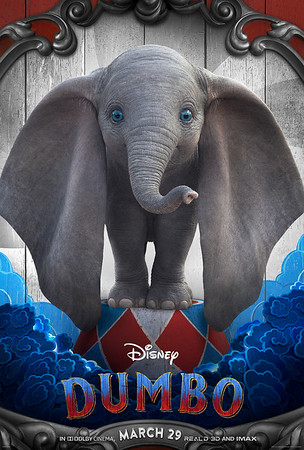 In a world of Tim Burton’s creation you can typically expect that there will be an interesting cast of characters and for Disney’s upcoming DUMBO the same seems to be absolutely true. The individual character posters showcase primary players in the film and it’s done in a style evocative of circus poster. It’s appears to be equal parts sinister and endearing.