The 2018 San Diego Comic-Con is just almost here today we have a look at the Saturday Schedule of Events for July 21, 2018. There’s a few panels that fall under the Disney umbrella and there’s also a few other goings on that Disney fans will enjoy, too.

Highlights include: 25 Years of The Nightmare Before Christmas with D23: The Official Disney Fan Club; Big Hero 6: The Series Heroes Return; and The Gifted.

There’s a few other goings on that Disney fans might enjoy, including: Disneybounding with Whosits and Whatsits; Hasbro Marvel; and Fantagraphics Disney Masters.

The Sartorial Geek Podcast: Disneybounding with Whosits and Whatsits

Jordan Ellis (owner of Jordandené and co-editor of The Sartorial Geek) chats with Tiffany Mink and Matt Newman (owners of Whosits and Whatsits) about bringing your childhood loves into adult life and the joys of Disneybounding.

Capturing the essence of a person or a character in just a line from a pen is a special skill, and few do it better than animation artists. Learn from Disney directing legend John Musker (Little Mermaid, Moana). Animators and story artists Jeff Ranjo, Kali Fontecchio, Marty Davis, and Trent Corey will draw live on stage, choosing lucky audience members who will get immortalized by these brilliant artists with art they can keep! There will be a speed caricature contest, as well as tips and tricks from the artists on how to improve your own drawing skills. Moderated by Tom Racine of the podcast Tall Tale Radio.

Star Wars Declassified: How a Galaxy Far, Far Away Impacts the World

Hosts R. A. Rayne and Kris Koller are joined by voice actor Eric Bauza (TMNT, LEGO Star Wars), Troy Manning (SoCal 501st Troop), Dan Madsen (Her Universe, Star Wars Insider) and J. C. Reifenberg (Scum & Villainy Cantina, Hughes The Force) to discuss how Star Wars and its fandom have impacted their personal lives, their professional lives, and society as a whole. What does Star Wars mean to your life? The panel will also participate in a Star Wars trivia contest against the audience with prizes to be won!

A presentation by veteran editor Mike Catron introduces the exciting new series from Fantagraphics Books, Disney Masters. This series highlights acclaimed artists from around the world working in the grand Walt Disney tradition. Many of these stories are new to American readers and will now be available for the first time in English.

From 20th Century Fox Television in association with Marvel Television, season 2 of The Gifted picks up after the explosion of the Atlanta Station. The Mutant Underground search for their friends and family who left with The Inner Circle. Having tracked them outside of Washington, D.C., they must contend with new groups with extreme ideologies, both human and mutant alike, to stave off a brewing conflict. Executive producers Matt Nix and Jeph Loeb and stars Stephen Moyer, Sean Teale, Jamie Chung, Emma Dumont, Blair Redford,Natalie Alyn Lind, and Skyler Samuels show an exclusive first look at the upcoming season. Returning Tuesdays this fall on FOX. See an extended season 2 sneak peek!

This is your chance to meet the new head of editorial at Marvel! In this exclusive one-on-one interview led by Skottie Young (Deadpool), freshly minted editor-in-chief C. B. Cebulski will talk about anything and everything involved in what’s next for Marvel. Want to know where to search for the Infinity Stones? Dying to find out what’s next for Wolverine? What does Forbush Man really look like without his helmet? Ask C. B. these questions and more in the Q&A! Plus, don’t miss a surprise exclusive giveaway variant comic.

25 Years of The Nightmare Before Christmas with D23: The Official Disney Fan Club

D23 pulls the curtain back on the classic stop-motion Halloween (and Christmas!) favorite, Tim Burton’s The Nightmare Before Christmas. Watch a retrospective panel featuring the team that brought the movie to life 25 years ago, including Henry Selick (director), Kelly Asbury (art director), Edie Ichioka (editor), and Anthony Scott (animator). 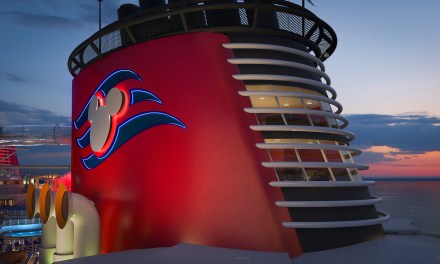 FIRST LOOK: Disney Cruise Line’s most extravagant suite yet is inside the ship’s… funnel! 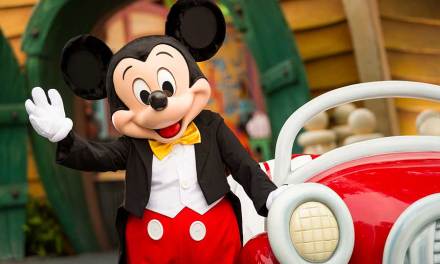